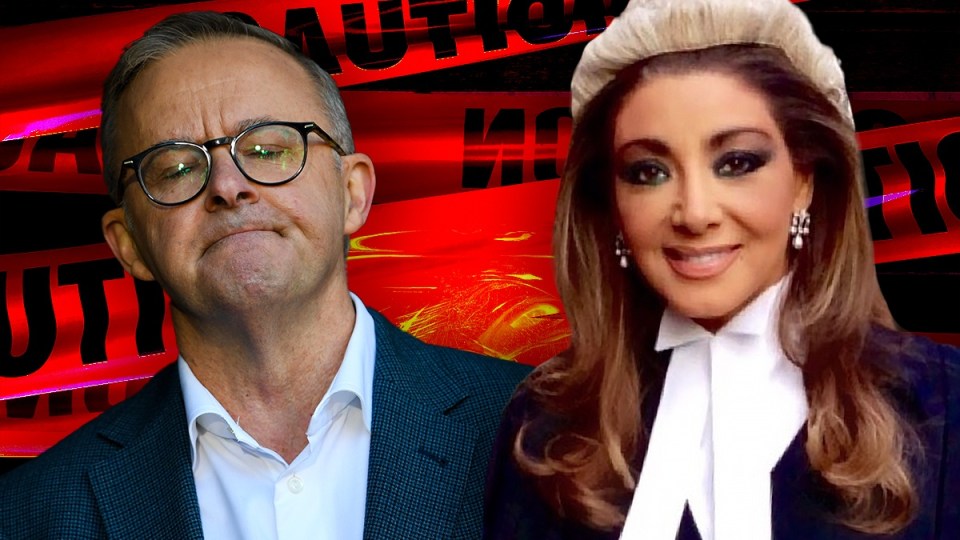 With only one week to go until election day, the major parties remain locked in a fierce meme contest.

Plus, Labor discovered they now have ‘beef’ with barrister and former Real Housewives of Melbourne star Gina Liano, who was reportedly enraged by a meme that used footage of her from the show.

Let’s take a closer look at the chaos.

Mr Morrison took aim at Mr Albanese on Wednesday after the Labor leader said he would support a 5.1 per cent increase in the minimum wage.

“I’m attacking him for not having a clue about the economy,” said Mr Morrison.

“Mr Albanese showed yesterday that he is a complete loose unit on this stuff. He just runs off at the mouth. It is like he just unzips his head and lets everything fall on the table.”

It’s far more of a compliment than a criticism, to be honest.

A now-viral Labor TikTok begins with Mr Morrison’s sledge, followed by Darude Sandstorm (the ultimate meme soundtrack) and a montage of Mr Albanese on the DJ decks, among other things.

The general public got in on the fun, too, sharing their favourite iterations of the “loose unit” Labor leader.

Here are some of our favourites.

Meme-ing is a dangerous game

Meme artistry sure is a good laugh, but it isn’t all fun and games.

In the clip, Liano expresses her frustration at her double-crossing friends.

“I don’t understand a friend who says one thing to your face, and then turns around and tells the girls something else,” she says.

The Labor Party spliced up the footage of Liano with quotes from the Prime Minister about electric vehicles.

“We’ve had enough too, Gina,” the ALP captioned the video. “Only Labor will make it cheaper for your next car to be electric.”

@australianlabor We’ve had enough too, Gina. Only Labor will make it cheaper for your next car to be electric. #auspol #morrison #rhomelbourne ♬ original sound – Australian Labor Party

The clip was an absolute smash on social media, racking hundreds of thousands of views, making it one of the Opposition’s most viral election campaign efforts.

However, Liano was reportedly left fuming by the meme.

In case you’re not familiar with the RHOM star, she’s not only a glamorous reality star, but a bona-fide barrister — and it sounds like she’s doing whatever she can to get the video taken down.

Liano told the Herald Sun she found the post “disrespectful”.

“It’s a misrepresentation and my affiliations are private and it’s quite damaging to me … they don’t care what I think clearly, they’re so ambitious they’ve gone ahead and not sought my permission.”

Liano has reportedly sent several letters to the Labor Party requesting to have the clip removed from their socials.

Despite her efforts, the video remains on Labor’s social media accounts, and according to the Daily Mail, they have no plans to take it down any time soon.

Gee, this election really is turning into something of a reality show. We’ll let you know if there’s another twist in this dramatic plot!