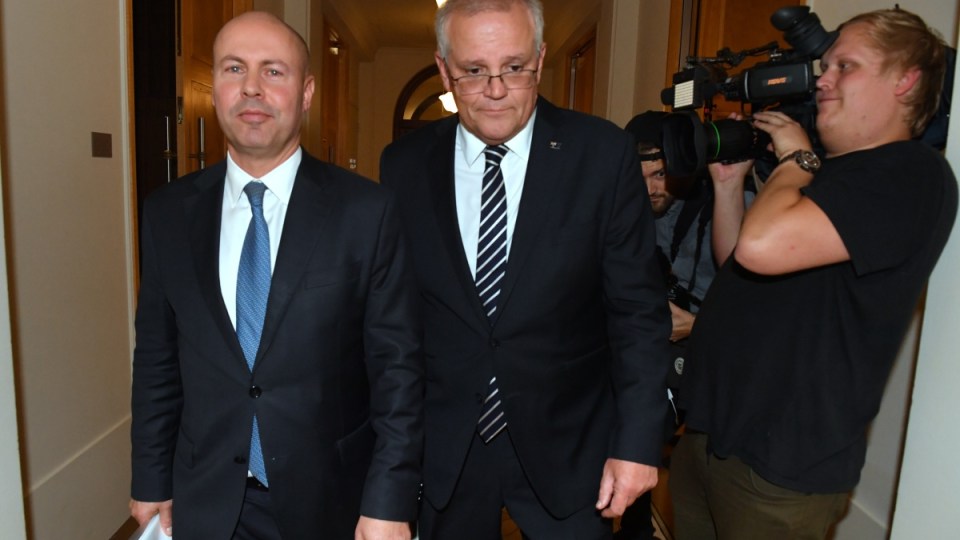 Scott Morrison has brushed off polling showing Josh Frydenberg is on course to lose his seat of Kooyong. Photo: AAP

Treasurer Josh Frydenberg is in serious danger of losing his Melbourne seat and being booted from Parliament at the May 21 election, according to a new poll.

Mr Frydenberg – often touted as a future Liberal leader and even prime minister – would lose his seat if an election were held today, according to a YouGov poll commissioned by The Australian.

It was based on a survey sample of almost 19,000 voters across all 151 lower house seats.

Mr Frydenberg is fighting to keep the electorate of Kooyong in Melbourne’s east against independent challenger Monique Ryan, who leads the race 53-47 on a two-party-preferred basis, according to the poll.

Kooyong, once held by Sir Robert Menzies, has never before been lost to the Liberals.

But the YouGov findings indicate that Mr Frydenberg’s primary vote in the blue-ribbon seat has fallen to 38 per cent. That puts Dr Ryan in a solid position to win on election day if preferences flow towards her, as expected.

Dr Ryan, a surgeon, is one of the “teal independents” who are standing against Liberal MPs in key seats. They are campaigning mostly on climate action and integrity in politics.

The poll found that Mr Frydenberg’s fellow Victorian Liberal Tim Wilson, who holds the neighbouring Melbourne seat of Goldstein, would also lose on May 21 if the numbers are repeated. Mr Wilson faces a similar challenge, from independent Zoe Daniel, who is a former ABC journalist.

The two-party preferred rate is tighter in Goldstein, with Ms Daniel ahead 52-48, according to YouGov.

However, the poll predicts the Coalition is likely to retain some of the other high-profile seats where it faces challenges from teal independents, including three in inner-Sydney – Wentworth, North Sydney and McKellar.

Mr Frydenberg and Dr Ryan, who clashed in a debate in Kooyong last week, are yet to comment on the poll.

However, Prime Minister Scott Morrison dismissed it while campaigning in NSW on Wednesday. He was asked who would be the next treasurer if the Liberal Party lost Kooyong but won the election.

“That is not something I’m speculating on … Josh Frydenberg will be my treasurer,” he said.

But it predicts United Australia Party leader Craig Kelly is unlikely to hold onto his southern Sydney seat of Hughes.

Josh Frydenberg on track to lose in Kooyong, poll finds