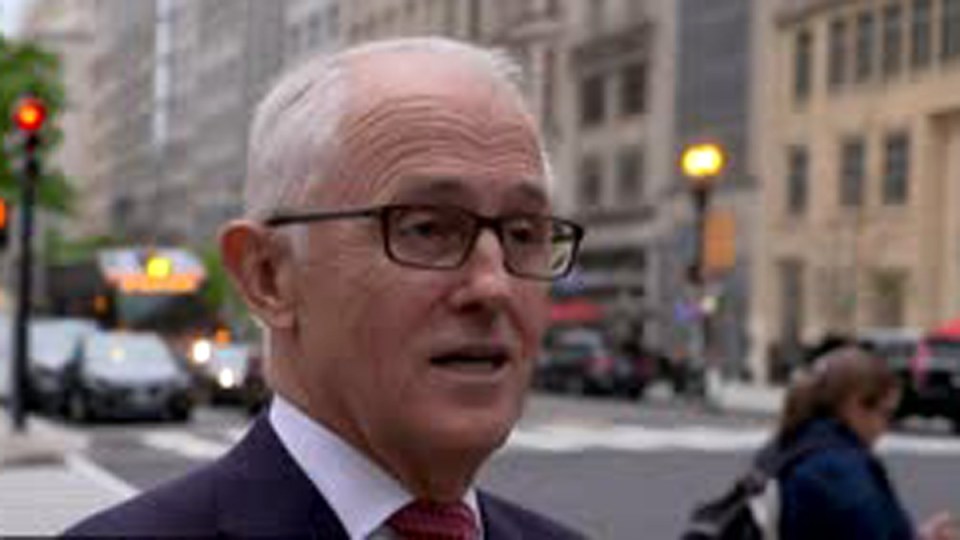 Mr Turnbull in Washington on Friday, where he gave his speech.

Former Liberal prime minister Malcolm Turnbull has denied encouraging Australians to back independent candidates, after playing up their role in the upcoming federal election.

Treasurer Josh Frydenberg – who is being challenged for his Kooyong seat by independent Monique Ryan – labelled his former leader’s comments “deeply disappointing”.

Mr Turnbull said the Liberal Party was once a broad church of liberal and conservative traditions, but since his “deposition in 2018” moderate voices had become increasingly marginalised.

“Even if the members of a political party cannot escape from the thrall of the dominant faction, their traditional supporters in the electorate can do so by voting for an independent who has a real chance of success,” he said.

During the campaign Prime Minister Scott Morrison and Mr Frydenberg have repeatedly claimed independents would cause parliamentary chaos and weaken Australia’s national and economic security if they are successful in winning formerly blue-ribbon Liberal seats on May 21.

But his predecessor argued instability and chaos often came from within the party.

“Political instability invariably comes from internal ructions within the major, governing parties not from independents on the crossbenches,” he said.

“Many parliaments, including in Australia, have operated with stability and good effect with major parties requiring the support of independents or minor parties to pass legislation.”

Mr Morrison is yet to hold a media briefing on Friday. But Labor leader Anthony Albanese weighed into the debate, while campaigning in Sydney, calling the Liberal party a “rabble”.

“The Liberal Party are divided. They are a rabble. They are led by a man who a whole lot of his own frontbench don’t want him anywhere near their seat and don’t want to appear with him in public,” he said.

“That stands in stark contrast to Labor. Labor which is united, Labor which is ready to form a united, cohesive government, Labor that has a clear plan for a better future. The Liberals are a mess – that is the truth of the matter.”

Mr Frydenberg claimed Dr Ryan was masquerading as an independent and a vote for her was essentially a vote for Labor.

“It’s deeply disappointing to see those comments … in the case of Monique Ryan, she’s described [Mr Turnbull] as a national disgrace,” he said in Melbourne on Friday.

“I don’t know how Malcolm Turnbull could endorse somebody who called him a national disgrace.”

Mr Turnbull denied he was telling Australian voters what to do on May 21, saying the speech was for an American audience.

“[The speech] is really pointing out how features of our … electoral system make Australian democracy more resilient and offer people more choice and I think that’s a very good thing,” he said in Washington.

“I’m not telling anybody who to vote for, but I think it’s very important that we have a democracy that is resilient.

“Australian democracy … does give the opportunity for people to support alternatives and that’s what the teal independents are.”

Mr Turnbull declined to reveal who he would vote for on May 21 in his old federal seat of Wentworth in Sydney, saying it was a secret ballot.

The incumbent, Dave Sharma, is fighting for his political life against high-profile teal independent Allegra Spender, whose father is a former federal Liberal MP and minister.

“Malcolm Turnbull is the ultimate entitled person,” he told Sky News on Friday.

“It’s not about Mr Turnbull just tossing out his former allegiance to the party that made him the prime minister of Australia … he understands politics and he’s inherently going to inspire a process that makes our nation weaker.”

‘Australia votes for climate action’: How the world framed Labor’s victory as a win for the planet
Julia Banks: Victorian Liberals care more about themselves than their communities
Today's Stories

Instability and chaos from within, Turnbull warns Liberals