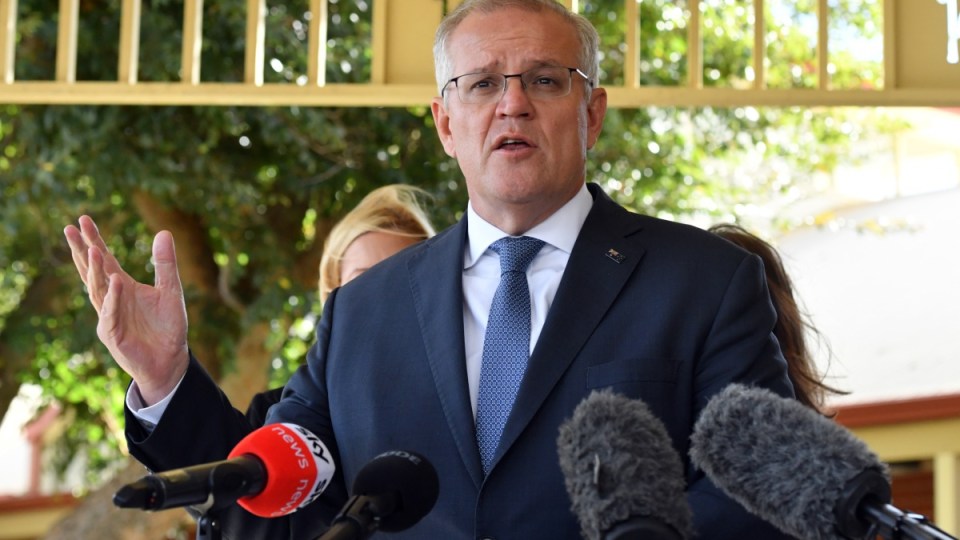 Prime Minister Scott Morrison has shrugged off scathing criticism from the head of the NSW anti-corruption watchdog, who labelled critics of his organisation as “buffoons”.

It came as Treasurer Josh Frydenberg refused to buy into the Prime Minister’s description of the NSW Independent Commission Against Corruption as a “kangaroo court”, saying he would choose his own words.

Earlier this week, outgoing commissioner Stephen Rushton took aim at people who have described the agency that way. He did not name Mr Morrison specifically, although the PM has used the phrase in condemning ICAC’s use of public hearings as part of its investigations.

“Firstly, your reaction to being called a buffoon? And, secondly, is this why Josh Frydenberg has said that he would choose his words differently when describing ICAC to the way that you’ve described it?” Mr Morrison was asked while campaigning in South Australia on Wednesday.

He said he stood by “what I’ve said about why I don’t think that model is a good model for the federal jurisdiction”, although he did not repeat the phrase “kangaroo court”.

“[Mr Rushton] can say whatever he likes, I’m not easily offended. I think you’ve learned that about me,” Mr Morrison said.

“He’s free to disagree with me if he wishes, I just don’t think that their model is the right model at a federal level.”

Earlier, Mr Frydenberg also refused to use the “kangaroo court” phrase when questioned on Wednesday morning.

“I would use different words,” he told the ABC.

“We’ll all use our own words to explain our own positions.

“I think the [NSW] ICAC has produced results where good people have left office without convictions being made and without huge amounts of evidence.”

Mr Frydenberg faces a major fight to hold his Melbourne electorate of Kooyong from independent Monique Ryan. Establishing a national integrity commission is a key campaign issue for Dr Ryan.

Earlier on Wednesday, Mr Morrison used an interview with the Nine newspapers to open a new front in the debate over a national integrity commission, declaring Australia could become an unrecognisable “public autocracy” if such a body is given too much influence over government decision-making.

“The unintended consequences of an ill-thought-through integrity commission, I think are very dangerous,” he said.

“I understand the interest there is in this, I understand why people want it. But I also know that if you get it wrong it could cause a lot of damage … I am trying to prevent a massive mistake.”

Mr Morrison said members of parliament wee accountable to voters and should be able to allocate funding for community grants and infrastructure projects without undue fear of being investigated by public servants.

“If we are going to so disempower our elected representatives to do things about what is needed in their communities, then what is the point?” he said.

Mr Morrison also denied suggestions he was avoiding campaigning alongside Alan Tudge in his Melbourne seat of Aston.

Mr Tudge stood aside from his role as education minister following allegations he was emotionally and physically abusive to a staffer with whom he had a consensual affair.

Mr Morrison said Mr Tudge, who has denied the allegations, was always welcome back in the cabinet after the election should he wish to return to the frontbench.

“[Mr Tudge] doesn’t need my help [in Aston]. He’s done a fantastic job in Aston and he enjoys strong support,” he said.