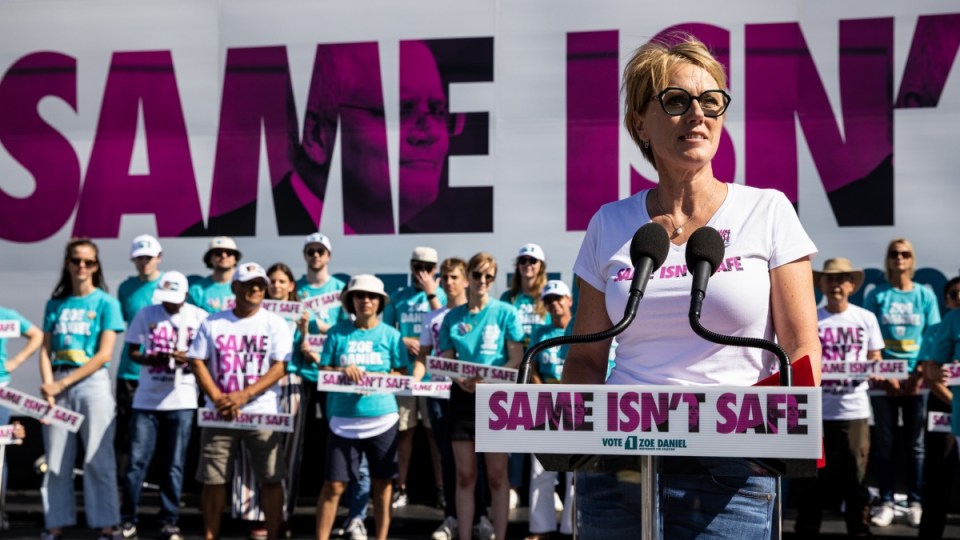 New polling suggests the Victorian seat of Goldstein will swing away from the federal Coalition to independent Zoe Daniel.

The Australia Institute found the former ABC correspondent (and TND columnist) leads Liberal Tim Wilson by 62 per cent to 38 per cent on a two-candidate preferred basis.

But Ms Daniel said she would not take too much notice of the favourable figures.

“As someone who covered the election of Donald Trump when Hillary Clinton was supposed to win in 2016, I don’t pay much heed to polling.

“But that said, it’s obviously encouraging.”

Ms Daniel said residents in Goldstein were shifting away from the major parties because they were frustrated with the lack of action on climate change and integrity.

It was not a personal attack on Mr Wilson, she said, rather a reflection of the “lack of honesty” within the federal government.

“They’re frustrated about gaslighting from the top, and that’s to do with the Prime Minister and a lack of trust,” Ms Daniel said.

“Also the fact that, in effect, we have a hung parliament and the control of the parliament is in the hands of the National Party.

“Therefore, the local member votes with Barnaby Joyce. That does not seem to be representative of the views of the people of Goldstein.”

Ms Daniel would not commit to which major party she would favour if neither major party won a clear majority on May 21, instead saying she would negotiate with either.

“As a lifelong swing voter, I see costs and benefits in the policy platforms of both major parties,” she said.

“I’m willing to negotiate with either of them, and that’s a conversation for the time.”