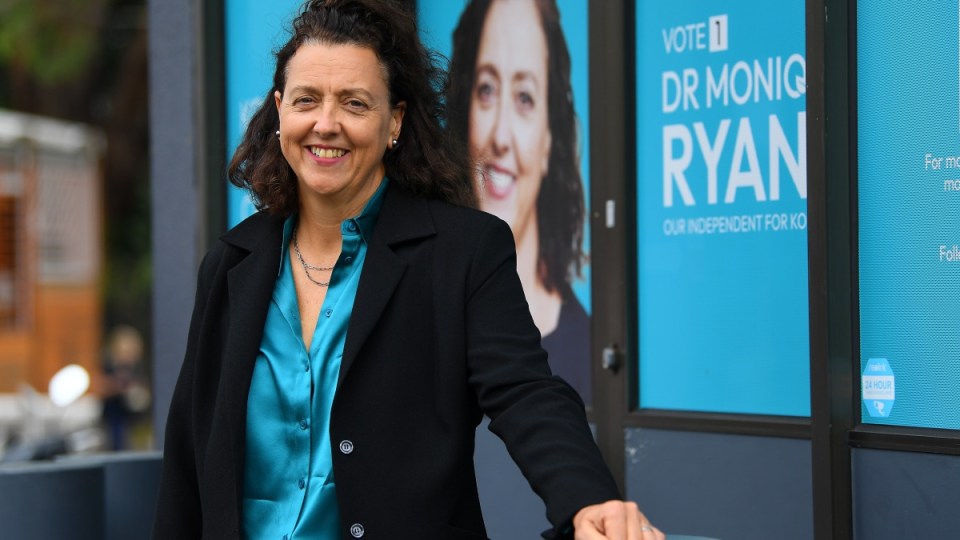 Kooyong independent candidate Monique Ryan has hit back at Josh Frydenberg after he told the assembled faithful at his campaign launch that her mother-in-law would vote for him.

Mr Frydenberg told the crowd at his launch on Sunday afternoon that he spoken to Dr Ryan’s mother-in-law, who said she said she would vote Liberal on May 21.

Dr Ryan did not dispute the conversation happened, but told the ABC on Monday that her mother-in-law “believes she was misquoted in what he said”.

She said Mr Frydenberg had also told the same story at a private donors’ function in a Kooyong pub last week – held the same night as a community candidates forum that the federal Treasurer did not attend.

“I don’t see why the Treasurer feels it’s appropriate to bring other family members into political discourse. My mother-in-law is not a part of this campaign. She is not someone who should be made fun of at Liberal Party events, which Mr Frydenberg has done twice in the last week,” Dr Ryan said.

“At the start of this campaign, I signed a code of conduct where I pledged not to make personal attacks on Mr Frydenberg and not to approach or attack his family in any way.

Dr Ryan said her mother-in-law was a “formidable woman”, who worked as a lawyer into her 80s, and said she was a Liberal voter.

“I respect her very much. She is, of course, entitled to her own opinion and I’ve never denied that,” she said.

Opinion polls suggest Mr Frydenberg is in a tough race to retain the formerly blue-ribbon Liberal seat of Kooyong on May 21. Betting odds on an upset win by Dr Ryan, one of the “teal independents”, have also narrowed as the election has neared.

Mr Frydenberg has defended his story, saying he recalled it “word-for-word”. He told the Nine newspapers it was “absolutely” not offensive to bring Dr Ryan’s mother-in-law into the Kooyong campaign.

“I was recently approached by a nice lady on the street in Hawthorn who said she will be voting for me,” he said.

“I asked, [her], ‘Why are you supporting me?’ And her response was, ‘Because you know what you’re doing and you’re a nice person’.

“This is word-for-word what she said,” Mr Frydenberg said.

Dr Ryan insists she is an independent, although she has acknowledged she was once an ALP member. She is running on a platform largely based on a call for more ambitious action on climate change and a federal integrity commission, and has said she would negotiate with either side if there was no clear majority winner on election night.

Dr Ryan will debate Mr Frydenberg in a Sky News event on Thursday.

Kooyong candidate hits back at Frydenberg over mother-in-law quip