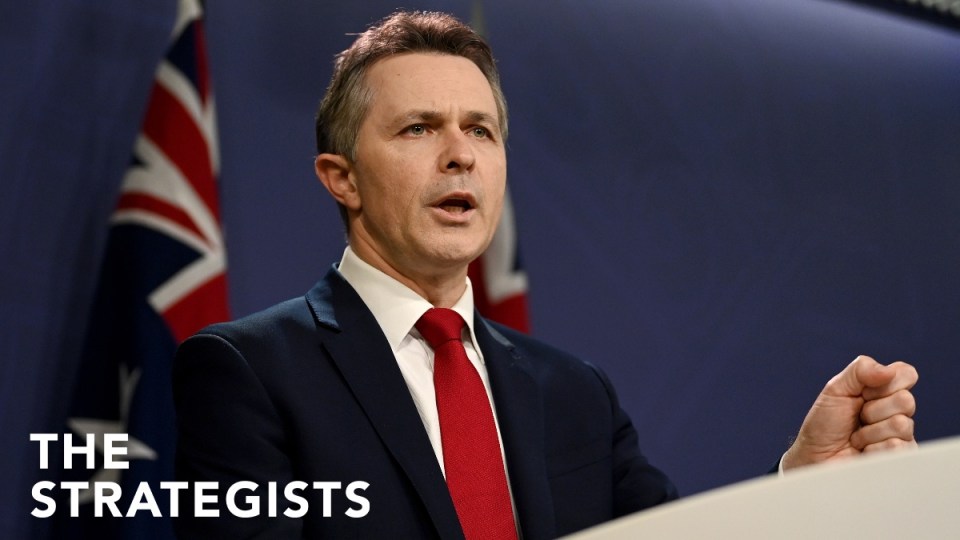 It was back to the future in the third week of the election campaign as boat ‘turnbacks’ resurfaced and the Coalition slammed Labor changes to an existing government policy as a “sneaky carbon tax”.

Meanwhile the Home Affairs Minister made an unsubstantiated claim that China had interfered in the election by leaking details of its now-signed security deal with the Solomon Islands to hurt the Coalition’s re-election chances.

And Labor – which had its official campaign launch on Sunday – sought to exploit a looming interest rate hike to cast doubt over the Coalition’s economic management.

(Will either party ever admit that rising interest rates show the economy is growing strongly?)

To help us make sense of it all, TND’s two campaign strategists are back to offer insights on whom and what to watch as the campaign enters its fourth week.

What did Labor learn from Albanese’s time on the bench. Does it change its approach now?

I don’t think it hurt Labor much, if at all, for Albanese to spend time isolated at home. Scott Morrison is one of Labor’s best assets and the Prime Minister called a surprisingly long campaign, given the downward trend of his personal popularity. That said, Labor does need to shift up a gear and that renewed focus started with the campaign launch.

What was the message of Labor’s campaign launch? Did it differ from what you would have expected them to do at the start of the campaign? How?

The Labor launch was in line with expectations and contained two contrasting narratives: Labor’s positive plans for the future, and Scott Morrison’s character failings.

The Labor leader painted Morrison as someone who continually fails to stand up at key moments requiring national leadership, and who shirked responsibility for his government’s long list of failures such as Robodebt, the response to the bushfires of 2019 and the floods of 2022, and the bizarre suggestion that it wasn’t a race to get the nation vaccinated during the pandemic.

The Mining Tax. Boats. A carbon tax. Why are these issues being brought up again in the campaign. Are we nostalgic for 2013? Are they tired or tested?

There is no harm in reminding voters of your opponent’s weak points.

Both sides do it. The difference here is that Morrison has to go back to a time earlier than 2013 when Labor was last in power.

That message worked to some extent in 2019 but if Morrison is re-elected on May 21, the Abbott/Turnbull/Morrison government will have been in power for longer than the Howard government – and with a far shorter list of achievements.

What about the ‘teal’ independents? What are the risks their campaigns face on the home stretch?

The teal independents find themselves in a strong position as we head into the final stretch because they have to appeal only to their local constituents.

Parties of government are always walking a tightrope in the sense that they have to simultaneously appeal to voters in the inner city, suburbia and regional Australia.

So, for example, while Queensland LNP Senator Matt Canavan says something on climate change and emissions targets to a particular audience in Queensland, the opposite message is what resonates with voters in the teal seats.

You would expect the government to ratchet up its arguments about the instability of hung parliaments as voters are able to cast their ballots by mail or through pre-poll.

What did Labor learn from Albanese’s time on the bench. Does it change its approach now?

We did see the Labor team step up and take the reins, but it was a little weird.

Instead of serving up Richard Marles, the ALP’s federal deputy leader and would-be deputy prime minister, they again rolled out crowd favourite Jason Clare for the second week in a row.

After a difficult start to the campaign, the Labor launch ran smoothly without any hiccups. Now they must prove they can stay focused and compete against the Coalition.

What was the message of Labor’s campaign launch? Did it differ from what you would have expected them to do at the start of the campaign? How?

A lot of media commentators have compared Albanese’s performance with the infamous ‘Kevin 07’ launch, with the aim of understanding whether Anthony Albanese has the ability to match Scott Morrison’s strong campaigning style.

Noting that, I agree with their verdict that it was lacklustre and contained few surprises: It could have been taken from his budget reply speech at the end of March.

That said, it appears the ALP has realised its inner-city roots are not going to win the election for them. Which is why Labor announced its middle-income home ownership policy just as speculation builds that interest rates and home loan debt are about to rise.

Although this policy grab for votes is clever, there are also real dangers.

It’s clever because there are many angry mums and dads in marginal seats that remember the dream of affordable home ownership and want the same for their children.

But there are just as many swinging-voter parents in marginal seats who will question the amount being spent to get a select few into home ownership.

They will likely and correctly ask what happens if interest rates rise and house prices drop if we hit a recession?

Although this was a nice idea, it’s a really bad policy that will ultimately financially hurt a lot of young Australians in the end.

But it does show the ALP is trying to win the hearts and minds of the suburbs, which is where this election will be won, and means the Coalition must bring its A-game if it is to stay on another term.

The Mining Tax. Boats. A carbon tax. Why are these issues being brought up again in the campaign. Are we nostalgic for 2013? Are they tired or tested?

Albanese’s own goals in not being able to answer journalists’ questions on the three elements of Operation Sovereign Borders, having to be bailed out by a shadow minister, and then tripping up over the issue on the Sky News debate in his first few weeks is hard for voters to forget.

I’ve said previously the boats pitch will never work for the ALP. Too many people died at seas trying to smuggle themselves into Australia when Labor opened the borders.

The fact that it is able to be remembered a decade later and still a political talking point is why it bewilders me that the ALP will take this debate head on.

Albanese has also said there will be no carbon tax under his government despite plans to tax coal and other mining industries.

The engine room of this country through COVID has been the mining sector.

Reaching into the big four mining groups for more consolidated revenue will essentially do two things: Close mines and eliminate jobs, until the market rebalances the losses or ‘free market’ Coalition policies return.

I think this is also a policy that has been developed on the fly, as it will gift the Coalition more voters when they splinter off to One Nation or Palmer’s United Australia Party.

Both debates simply shore up their base and strengthen Coalition votes in marginal seats.

What about the ‘teal’ independents? What are the risks their campaigns face on the home stretch?

The teal campaigns could create a raft of different challenges.

During the North Sydney debate, the combined attack of the Labor candidate and sitting Liberal MP made the case for the mainstream parties.

The concern of the extreme “elitist’ locally popularist positioning may be well received by the voters in the wealthiest 10 electorates nationally – for instance, the current price of EVs is out of the range of most households.

It is easy to make promises to one narrow-cast community with no care or regard for the rest of the country.

Money and manpower also win votes – and are a finite resource. The Coalition is being forced to spend the financial reserves on safe ‘blue-ribbon’ seats like the Treasurer’s Kooyong electorate.

This puts marginal seats in play because unions have much more manpower to deploy in under-resourced seats.

It also locks the Treasurer down in his own seat, stopping him from meeting voters and prosecuting the government’s economic and fiscal vision elsewhere.

Unvaccinated Pauline Hanson has COVID
‘Should have been a penalty’: Boy crash-tackled by PM gives his verdict
Russian Google to file for bankruptcy
Man arrested at NSW school for bestiality
Concern about COVID-19 deaths in aged care
Turkey blocks Finland, Sweden NATO talks
‘Not about me’: PM’s distance ahead of looming interest rate rise
Today's Stories

The Strategists: Election campaign goes back to the future in week three