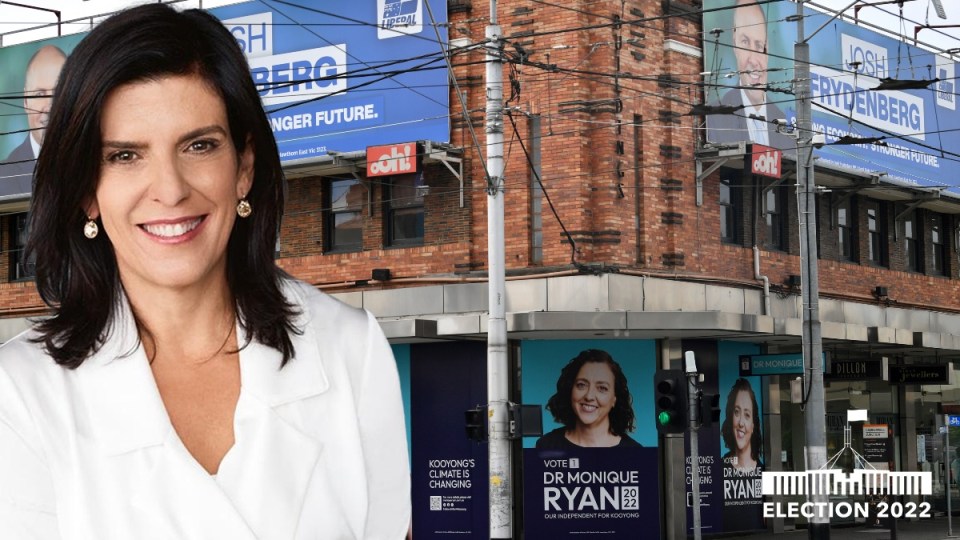 “The Member for Chisholm has the call”.

As an independent MP, I rose to put my question to the Morrison government. Barely two words had come out and the angry roar of abuse from my former colleagues engulfed the House of Representatives.

For all the hours I’d witnessed the gladiatorial sport known as “Question Time”, this was different. It was so violently deafening – it felt like I’d been physically assaulted.

Even the ever-stoic Speaker, and seasoned MPs on the cross bench and in opposition, seemed shocked at the ferocity of this gargantuan toxic gang of men shouting. And once order was restored, the brief silence that followed was broken by a measured but respectful voice.

This happened just weeks after I’d announced I was intending to run as an independent candidate in the 2019 election.

When I quit the Liberals the year before, I acquired a distressing whistleblower status. But the full brunt and viciousness of the party’s political thuggery was insidious and reached an acute level during the 2019 election campaign period.

It was so much worse than the traditional major party dirty tricks I experienced in the 2016 election campaign. They behaved as if I was taking or challenging something they owned, something to which they felt entitled.

As my campaign progressed, they ramped up their attacks every day until the election.

I said when I quit the party that so-called moderate voices had “been drowned out by the right wing”. But in the past three years, we’ve seen something far more disturbing.

Under Morrison, we’ve seen these ‘moderates’, ‘new liberals’, ‘modern liberals’ (who knows what they call themselves these days) morph into being fully signed-up members of Morrison’s right-wing conservative populist party – a culture that he defined from the outset.

Even in his early days as prime minister, Morrison had many moments that were characterised as ‘Trumpian’ and ended up in the international press for all the wrong reasons.

He actually said that. And worse still, it wasn’t off the cuff or a case of the words coming out wrong. It was in his written, prepared speech for International Women’s Day in 2019. At a time when his government’s women problem was under the glare of public scrutiny.

Over the past three years, Morrison has failed to act on this problem, on climate change (think Glasgow) and on integrity (recall the broken promise for a federal anti-corruption commission) to name a few issues. And this has given rise to independent campaigns across the country in what are regarded as safe Liberal seats.

As certain candidates emerged as real threats, the Liberals responded to them in the same way they did to me. Although the incumbent MPs in these seats face perfectly fair and democratic challenges, their attacks use demeaning language and devolve into senseless and nasty personal hit-jobs through the patriarchal prism of entitlement and sexism.

And they go after those who represent the greatest threat to the party and its power: Zoe Daniel in Goldstein, Allegra Spender in Wentworth, and Monique Ryan in Kooyong. An esteemed former foreign correspondent, a successful businesswoman, and a paediatric neurologist respectively.

Articulate professional women who have worked hard their entire adult lives in substantial careers, where their success would have been impossible without high intellect, good judgement, sound values and strong ethics.

Women who have raised families and lived and cared for their local community and for their country.

And yet the Liberals have shamelessly called these women “puppets” and “fake independents”, and their campaigns everything from “a front for the Labor Party and the Greens” to “a fraud” and “immoral”.

All of this is not only insulting and disgusting – it can be harmful and incite further abuse. Not just of these women and their families but of their staff, volunteers and the tens of thousands of people who are supporting them.

Rolling out the big guns

Former ‘big gun’ Liberals including Ted Baillieu and Alexander Downer have also joined the pile-on. Channelling Morrison’s belief about the ‘cost’ of women rising, they’ve expressed how they’re affronted and almost aghast that these women are rising at the expense of these MPs, some of whom could become “great men”.

In my case, Howard said I shouldn’t have left because I was indebted to the party and ‘owed a lot’ to it. My parting media statement to Howard, Morrison and other party members included the words:

“You don’t own me. You never did. And I don’t owe a debt to you. It’s a free country for people to run for office and to advocate for what they believe in.”

That the Liberal party and the Morrison government have treated these women in this way is appalling. It has reminded me of how I was treated that day in Question Time.

These are women with whom, as a former Liberal, I share the same values and beliefs – in truth, integrity, inclusion, climate change action and a future-focused economy. Values and beliefs that have taken a backseat in Morrison’s party to such an extent that they may as well take the word ‘liberal’ out of their party name completely, just as MPs have taken it off their campaign material.

The Liberals do not ‘own’ these seats and these women are not “anti-liberal”. They are “pro Australia”, and our country is lucky that women of their calibre are running for office.

Liberals show lack of character with attacks on independent candidates