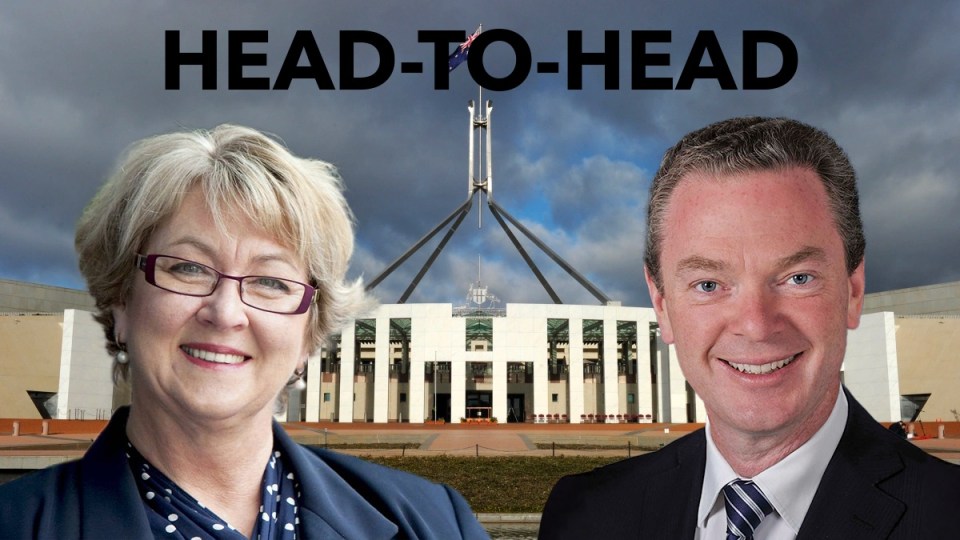 Cheryl Kernot and Christopher Pyne offer their take on the third week of the federal election campaign. Photo: TND

Every week until election day, we’ll be asking them to analyse current events and offer insights into life on the campaign trial.

Has the ‘sneaky carbon tax’ issue had its desired effect?

The Coalition message has lost its edge. Just think of the images of them all holding lumps of coal in Parliament and the nation’s experience of bushfires and floods.

But Labor has also been very clever. We might have all complained along the way when they kept copying everything but it really helps now. They can stand up and point out that their policy applies to exactly the same companies.

The Matt Canavan episode is all about certain parts of Queensland the government wants to retain its seats in. They are sending an emissions message through Canavan unlike what the Nationals say they signed up for. But it’s not shifting votes – it’s being received by people who already held those views. If they haven’t paid attention in the last decade, I don’t think threatening a carbon tax at the last minute will change things.

Morrison obviously does not have any new ideas. The carbon tax and boat arrivals? Surely we’re nine years more mature than the last time they were in fashion; they’re both scare campaigns. But this time, Labor hasn’t allowed a cigarette paper of difference between them and the government.

The Solomon Islands-China deal seems to have put the Coalition on the back foot on national security. How could the election script be flipped like this?

Could you have ever expected this? Never, never, never. I always love it when the established wisdom of campaigns is challenged.

I think the irony is that after the government has beaten up the prospect of war people everywhere are now concerned and saying: “Solomon Islands is very close!” This is a really big lapse in national security. But of all the things to have happened in the campaign so far it is also the most delicious.

For Andrew Shearer [the head of the Office of National Intelligence] to say there were signs of an agreement for a decade raises an obvious question: What have we been doing for the past decade? They are smarting.

I might have previously agreed that Labor could only hope to be so persuasive on national security. But this is too close. It’s too real. When you’ve beaten the drums of war; when you’ve been bellicose about China’s strategy in the South Pacific for so long, to actually find that you’ve dropped the ball is something people will notice. And they have.

Now inflation has hit them on economic management. When I saw Morrison waving around a graph on Wednesday before the figures were released, I thought: ‘He knows what’s coming’. It’s all down to Ukraine and COVID? I don’t think that’s going to wash. That is not going to be accepted without question.

Will the Reserve Bank act or not? I don’t know. This is a big number and economists all believe they must move independently.

A lot of people are asking where they can cut their cost of living to actually meet the demands of rising costs and mortgage fears. The Coalition wheeled out John Howard on the campaign today and this is a good example of what happened in the 2007 election [when rates were hiked during the campaign].

The prospect of minority government hangs over the campaign and there’s not much that can be done about it. Will it be of concern to the parties?

Andrew Catsaras is forecasting the lead is still enough for a Labor majority government.

But I would make the general point that if everybody’s democratically cast vote means that some electorates elect independents it doesn’t mean that their votes are any less legitimate. It’s democracy. And it’s not all bad. Julia Gillard’s was a most productive government. If that’s the way the democratically and freely cast votes fall then we work with that.

Tony Windsor and Rob Oakeshott gave (long) and coherent justifications for who they were supporting in minority government. But I have been appalled, though, by the starting point for negotiations in the most recent parliaments: You can have this contentious piece of legislation, not on its merits, but if you give me something in return.

The decline into serious horse trading that we’ve seen has not been to the betterment of our democracy. Somebody like Rex Patrick meanwhile has done a fantastic job of not cross trading and really holding up the mirror to Australia. But the crossbench has not been a coherent bloc.

For me the balance of power in the Senate [held between the Democrats and the Greens and Brian Harradine after the 1996 election] was heartbreaking.

When you see a piece of legislation, like the sale of Telstra traded for anti-birth control measures in foreign aid, that seemed to be everything that was wrong with politics. Shame on the government that allowed that to happen. That vote happened on the day of my birthday. It was at the end of the year and we were having our Democrats end-of-year party. I remember singing along: “It’s my party and I’ll cry if I want to”.

It did come with enhanced relevance; negotiating Native Title legislation was one of the most meaningful things I did in Parliament. But nothing leaves you feeling so supremely irrelevant as one rogue Tasmanian Senator being able to sell off Telstra with one vote.

Has the ‘sneaky carbon tax’ issue had its desired effect?

The Prime Minister brilliantly deflected on Wednesday when he was asked a question about the Solomon Islands. “I can tell you what we’re doing in Ukraine,” he said. He then proceeded to talk about sending 26 howitzers to Ukraine. I did applaud inwardly.

He did exactly what every politician wants to do when there’s a particular question they want to answer but haven’t been asked. Joh Bjelke-Petersen was a past master practitioner. I’ve always taken the view that it’s best to answer the question you want to as opposed to the journalist’s. That’s part of their job, after all: to try and stop you.

And it was my sense that the “sneaky carbon tax” line was also designed to deflect from the Matt Canavan breakout on the government’s net-zero commitment. That ended up a nil-nil draw. Now I suspect the government will move on.

What was interesting about the Matt Canavan intervention was it probably didn’t hurt the government very much. If you’re trying to segment the population in some respects he may have assisted.

The inner-urban voter was aghast that the net-zero by 2050 policy was no longer extant. But the Prime Minister had the opportunity to reaffirm the policy in places like Central Queensland and the Hunter Valley.

It’s a 151-seat contest. And it’s a seat-by-seat contest. Voters in regional and industrial and coal mining areas will see that – despite the government’s policies – some of its members share their views. That won’t do much harm. It also reminds people that there’s nobody in Labor with a similar view.

But the Prime Minister ultimately wants to keep the election focused on the economy.

And a discussion about the impact to business of policy and even the inflation figure and a likely interest rate change will advantage the government because they put the economy fairly and squarely at the centre of the campaign.

The Solomon Islands-China deal seems to have put the Coalition on the back foot on national security. How could the election script be flipped like this?

The government is not in a defensive posture and won’t be until someone can answer this fundamental question: What would Labor have done differently?

There are 22 countries in the Pacific and Australia alone maintains a High Commissioner or an embassy in each capital. Over 50 per cent of foreign aid across the South Pacific comes from Australia and our $1.6 billion Pacific Step Up program.

Labor wanted to talk about the Solomon Islands because it got them off the issue of their poor start to the election campaign. But I’m unsure it will end so well for them.

There is a similar conundrum for Labor on inflation. Nobody wants inflation to be going up at 5.1 per cent on an annualised basis. On the other hand, are voters going to say to themselves, ‘Yes, Labor would have handled this better’? When economic circumstances are precarious, Australia usually votes for the Coalition. At first blush to most political observers this all looks like white but after 35 years I can see grey.

There’s absolutely no doubt that it is the selection of issues that are elevated into prominence during a campaign that will do the most to determine its outcome. There are issues that favour the Coalition and those that favour the Labour Party. Politics 101 is that in a campaign you want your issues to be on the rise while Labor’s diminish. Less discussion about health and less discussion about aged care and government spending or education – on the issues where the Labor Party seem to be more likely to spend more money. You want issues like national security, the economy, budgetary management to be climbing.

Election campaigns are less a question of who won the day but what subjects are we talking about? If Labor allows the subject to remain on national security and the economy that’s not good for them.

The prospect of minority government hangs over the campaign and there’s not much that can be done about it. Will it be of concern to the parties?

I wish I had a dollar for every election that apparently was going to be the one where the independents dominated. It never happens.

It’s too early to say who’s going to win what seats and who’s going to win the election. I don’t think there will be a hung parliament. But I can’t tell you how things will be at the end of the campaign. The role of the independents has been exaggerated. At the last election 18 per cent of voters made up their mind in the last two days. There’s a lot of campaign left to count.

But if you are a climate conscious voter in a hitherto Liberal seat you’d need to be particularly angry to get rid of a Member of Parliament who shares your view on climate change. I’m not sure by the time they get their pencil on the ballot paper that most people will.

Head to Head: Cheryl Kernot and Christopher Pyne break down week three of the campaign