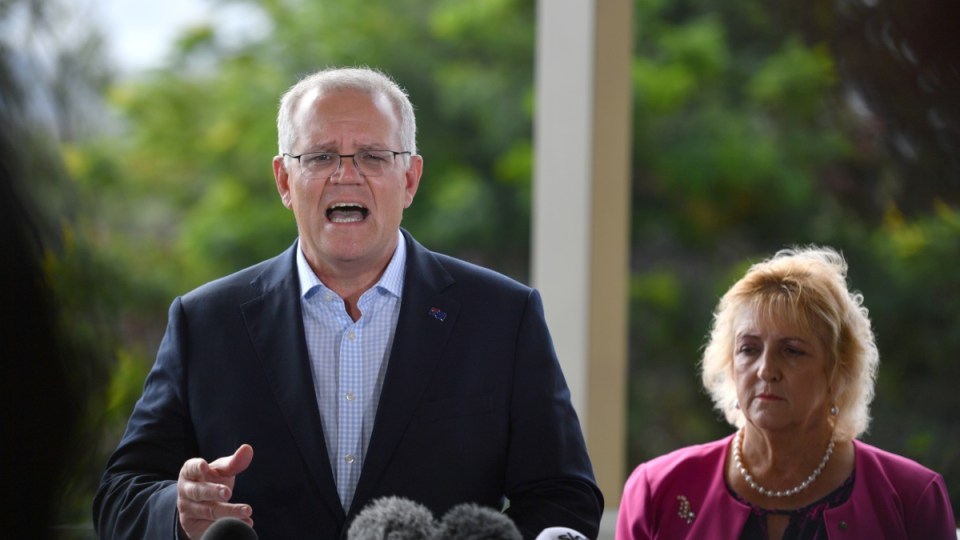 Prime Minister Scott Morrison has dismissed claims the Coalition is divided on climate policy, claiming the issue has been resolved.

“Everyone knows that Matt hasn’t been supportive of that position, there’s no news there,” he said.

“[Senator Canavan] has held it for a long time, that debate has been done in the Coalition and is resolved, our policy was set out very clearly, and it has the strong support of the government.”

Other colleagues were quick to dismiss Senator Canavan’s comments on Wednesday, with Nationals MPs saying the junior Coalition partner were committed to net-zero.

“Pull your head in, Matt,” she said. “I agree with the government’s position, I’m in one of the biggest coal mining electorates in the country.”

“It’s a sneaky carbon tax which Labor is putting in place, and it’s not just on the coal-mining industry,” he said.

“It’s on fuel supplies, it’s on petroleum, it’s on gas, it’s on the transport sector, it’s right across the board.

Labor has pledged to faster levels of emissions reduction than the Coalition’s promise, using the Safeguard Mechanism. It requires big emitters to offset their emissions and was introduced by the Abbott government in 2016.

Opposition Leader Anthony Albanese said on Tuesday there would never be a carbon tax under his government.

“Nats are country people and when country people look you in the eye and shake your hand and say, ‘that’s a deal’, then it’s a deal,” he told ABC Radio National on Wednesday.

“Net zero is a commitment by the coalition that is clear, that is firm and that is non-negotiable,” he told the Nine Network on Wednesday.

The issue erupted at the weekend, when the LNP candidate for the Queensland electorate of Flynn, Colin Boyce, told the ABC that there was “wiggle room” within the net-zero target.

“Zero net carbon emissions by 2050, Morrison’s document, is a flexible plan that leaves us wiggle room as we proceed into the future,” Mr Boyce said.

He was backed by Deputy Prime Minister Barnaby Joyce.

Labor’s climate spokesman Chris Bowen said the Coalition was still arguing over the basics about action on climate change.

“These climate deniers and delayers will continue to be a handbrake on real action on climate after nine years in office,” he told ABC Radio National.

Mr Bowen said the Coalition was engaged in a “lazy, toxic, scare campaign” on the issue.

“Scott Morrison will continue to engage in that lazy, toxic, scare campaign because he’s not really committed to climate change, he prefers … to lie about the economic impacts of (Labor) policy,” he said.