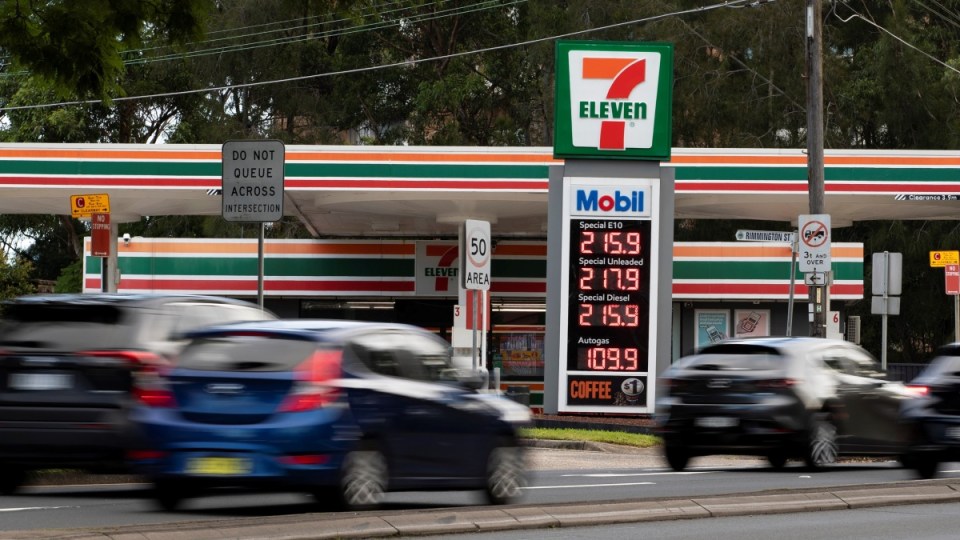 Labor has accused the Coalition of delivering a “triple-whammy” of skyrocketing living costs, rising interest rates and falling real wages for Australians.

Data released on Wednesday showed the consumer price index surged to 2.1 per cent in the March quarter – for an annual inflation rate of 5.1 per cent, up from 3.5 per cent previously.

Fuelling by surging petrol prices and higher building costs, it puts inflation at its highest level since 2001 – when the GST was introduced. The figures will put pressure on the Reserve Bank of Australia board when it meets next Tuesday to discuss changes to official interest rates.

Shadow treasurer Jim Chalmers lashed the Coalition over the figures.

“The cost of living pressures have been building before the war in Ukraine.

“This is a government that takes credit for unemployment falling in welcome ways.

“But it won’t take responsibility for the fact that real wages are going backwards in this country – more substantially than they are in the US and in other places as well.”

But Treasurer Josh Frydenberg said the inflation rate was a reminder to Australians of the volatile global environment, particularly with the war in Ukraine and the pandemic.

“This is not a time to put at risk the gains that we have made. We have come too far,” he said.

“This is a time for strength and stability. This is not a time to roll the dice on fake Independents, a weak Labor leader and the chaos of a hung Parliament.”

Wednesday’s figures came as Mr Morrison – who has promised no new taxes if the Coalition is re-elected on May 21 – was asked about the end to the low and middle income tax offset (LMITO) next year.

Analysis by the Bankwest Curtin Economics Centre has found all households earning less than $90,000 will pay more in tax when LMITO ends, even when taking into account the effect of the Coalition’s stage-three tax cuts in 2024-25. That accounts for about 10 million Australians.

“That was a temporary measure that was set out in budgets and legislation,” Mr Morrison said, while campaigning in Rockhampton on Wednesday.

“We are not changing any of that legislation, we are not introducing any legislation to do that. That is a standing feature of the tax system.”

He dodged a question about how much more low and middle-income earners would pay in tax after end of the LMITO, speaking only about his party’s claim of lower taxes.

“What Australians will always face under our government is lower taxes,” he said.

“Over the course of the next term, because of what we have already legislated… means that the highest marginal tax rate that Australians will face, 94 per cent of them, is a tax rate no higher than 30 cents in the dollar.”

Underlying inflation – which smooths out volatile price swings and is more crucial to the interest rate outlook – jumped 1.4 per cent to 3.7 per cent for the year.

It is the first time the underlying rate has been above the Reserve Bank of Australia’s 2-3 per cent target since early 2010.

The result could put pressure on the RBA to lift the cash rate from a record low 0.1 per cent. If the board did act next Tuesday, it would be the first time since 2007 that it had lifted interest rates during a federal election campaign.

The RBA has previously said it wants to see a meaningful rise in wages before it takes action.

But global inflation is on the move, and so are other central banks, making the case for a move by the RBA sooner rather than later.

“The only real argument for delay now is the current federal election – as was last the case in 2007, this is another good opportunity for the RBA to again demonstrate its independence,” BetaShares chief economist David Bassanese said.

The ANZ urged the RBA to raise the case rate to 0.25 per cent after the release of the inflation figures.

“A cash rate target of 0.1 per cent is inappropriate against this backdrop,” a report issued by the bank read.

A rise in the cash rate would force banks to raise borrowing costs for households and businesses.

The first $250 cost of living payments will this week hit the bank accounts of millions of eligible pensioners, income support recipients, veterans and concession card-holders.

Slashing fuel excise, along with a fall in global oil prices, provided some relief at the bowser after petrol prices surged past $2 a litre during the March quarter.

However, in the past week the Australian Institute of Petroleum said the national average for petrol prices had ticked up 2.6 cents to 168.9 cents per litre, ending four weeks of declines.

Mr Frydenberg said Treasury’s prediction of the temporary halving of the fuel excise was that it would take a quarter of a percentage point off inflation, to be reflected in the June quarter.

“We are seeing higher prices in a number of areas and this is largely driven by international factors,” he said.

“But, again, it is the forecast of Treasury, then reaffirmed independently by the Secretary of Treasury and finance, just after the election was called, … we are expecting to see inflation come down and we would
then see wages increase.”