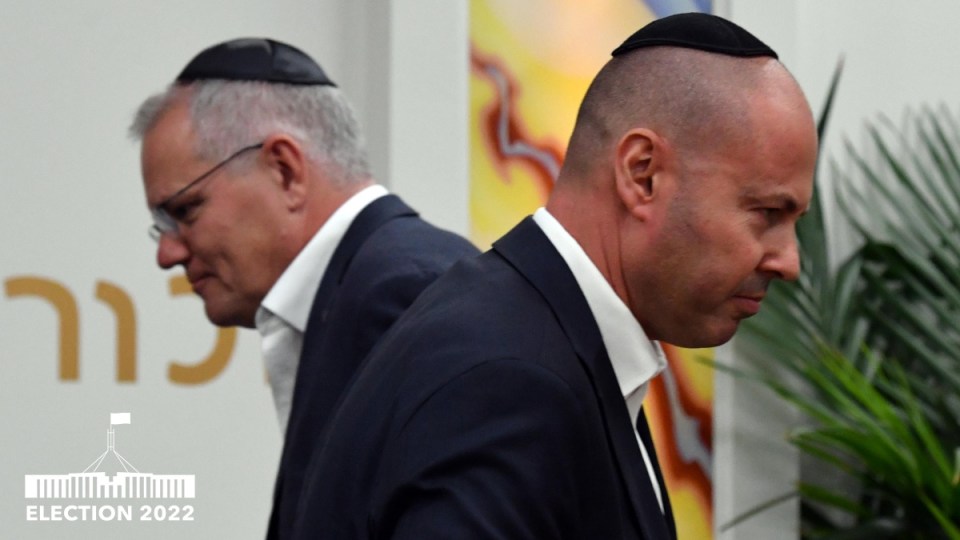 Josh Frydenberg could be the next Liberal Party leader. So who is he? Photo: TND/AAP
analysis

This is the first in a two-part series on the major parties’ Treasury spokespeople. You can read Carol Johnson’s profile of Jim Chalmers here.

When Josh Frydenberg was studying law at Monash University, he’d tell fellow students he wanted to go into politics and hopefully one day might be prime minister.

“He would say it in a jovial fashion, not in an arrogant way,” remembers one student from the time. “He’d say [to someone], ‘You can be in my cabinet’.”

The story is instructive: Frydenberg’s intensely ambitious nature was forged early, and so was his personal and political style.

“Unlike the rest of us, he was always a bit more careful of how he conducted himself.”

He’s not remembered for excessive partying or drinking.

“This was quite possibly because of his aspirations, but also because of the example of his parents and others in the [Jewish] community”.

There was something else too, that went to Frydenberg’s first ambition. He was still consumed by his tennis obsession, even though he’d given up his dream of becoming a “pro” after a year’s full-time tryout after he left school.

Discipline is a cornerstone in Frydenberg’s life. As a schoolboy, Frydenberg recalls, “I wouldn’t go out with my school friends”.

His tennis coach, Peter Geraerts, “would tell me to run down Toorak Road, in front of my friends, to see what I had to give up” for a tennis career.

“He was always prepared to put the hard training in – mentally and physically,” says Geraerts, who started coaching Frydenberg at age 12 or 13, and is still in contact.

As Treasurer and deputy Liberal leader, Frydenberg is in sight of the prime ministership. But, while he may sooner or later clinch the prize, politics being politics means it could equally turn into a mirage.

So far, the diligent, careful aspirant has had a dream run.

That might seem an odd observation, given the huge challenges of the pandemic. Yet the successful economic response to COVID-19, based on solid Treasury advice, means Frydenberg has been able to boast, in this election campaign, a set of enviable economic numbers, including unemployment at 4 per cent.

It’s not a policy place Frydenberg ever thought he’d be in. He declared in his maiden speech:

“We need to limit the government. Our government is too big. […] my goal is to ensure that government learns to live within its means. […] Less dependence on government makes for a better Australia.”

In his early days as Treasurer, the measure of his success was set to be returning the budget to surplus, a target he said unequivocally he would achieve, but then never did.

Reaching budget balance was as far as he got, before COVID turned the economy and the budget pear-shaped.

Although Frydenberg has delivered four budgets (including three in 18 months), independent economist Saul Eslake sees him as a work in progress.

Eslake says a really good treasurer does three things – makes good policy decisions, is able to persuade the public of the wisdom of them, and “occasionally argues for policy changes that are good for the economy, but might cost votes”.

He gives Frydenberg a tick on the first two (though not unqualified), but says he is “yet to establish himself as a reformist treasurer”.

“He’s the best treasurer in the past decade, which is not setting the bar very high. But he’s not in Keating or Costello’s league,” Eslake says.

“If he gets another three years as treasurer, he may have the opportunity to improve his ranking on point three. He’s so far barely disturbed the scoring on that.”

Warwick McKibbin, professor of economics and public policy at the Australian National University, says Frydenberg has done a good job during the COVID crisis. “He has a very good memory and he’s good with numbers. He can filter good arguments from bad arguments.”

But “he doesn’t stick his neck out very far. He’s adventurous in asking interesting questions privately, but not willing to push it too far, because he’s trying to keep a political position.

“He has the potential to understand why you want to reform – as leader it would depend on the numbers. His decisions appear to be politically based.”

Some reforms have been made, including changes to insolvency arrangements, taking on the tech giants to get them to pay for the news they use, an overhaul of foreign investment arrangements, and more transparency in superannuation.

But he hasn’t confronted the big tax and other reform questions on the economists’ agendas.

Asked whether he thinks big reform is still possible, Frydenberg says: “Of course it’s possible. You can’t underestimate how all consuming the pandemic has been. [In future], I think there will be an appetite for [reform]”, although he adds, “I don’t buy into the theory we haven’t reformed”.

Frydenberg entered Parliament for the seat of Kooyong (once held by Robert Menzies) in 2010, after one preselection rebuff but a model preparation for a future high-flying Liberal.

He’d been to Oxford and Harvard, worked in banking and been a staffer in the Howard government to Attorney-General Daryl Williams, Foreign Minister Alexander Downer, and the prime minister.

Both Downer and Howard became major influences on him. He hadn’t been involved in partisan politics at university – he did win a big battle for president of the law students society – but joined the Liberal Party while working for Williams.

The most intense “networker” imaginable – even Morrison has quipped publicly about this – Frydenberg had already an extensive contact list by the time he arrived in the House of Representatives.

Some veteran Liberals quickly marked him out for higher things.

Tony Abbott was opposition leader when Frydenberg was elected, and the newcomer was impatient as he looked for promotion.

In the Abbott government he was made parliamentary secretary to the prime minister and later assistant treasurer.

His first real test came in Malcolm Turnbull’s second ministry, after the 2016 election.

Frydenberg (minister for resources, energy and northern Australia in the first Turnbull ministry) became minister for the environment and energy, as Turnbull was trying to shift a resistant Coalition towards a better response on climate change and emissions reduction.

Despite all efforts, including solid work by Frydenberg, the exercise ended in political disaster for Turnbull, becoming a major factor in his overthrow.

In the fall of Abbott and then of Turnbull, Frydenberg displayed one quality his colleagues and friends recognise – loyalty.

Frydenberg resisted any such temptation, and was rewarded.

He was approached by colleagues to run for deputy – making for a difficult conversation when he had to tell Hunt he was opposing him for that position – and won overwhelmingly in the first ballot after Scott Morrison became leader.

That he’s not a troublemaker helped Morrison when internal criticism of the PM grew in recent months.

In a Morgan poll in February, Frydenberg was preferred as Liberal leader by 38.5 per cent, Morrison by 31 per cent and Peter Dutton by 12.5 per cent.

In every election campaign, the treasurer has a big job, especially in a Coalition government, which traditionally wants economic credibility to be centre stage.

This time, Frydenberg is particularly stretched. He is doing much heavy lifting in “teal” seats where Liberals are under challenge from high profile, well-funded independents and Morrison is a negative.

And he is watching his back against a highly-organised “teal” campaign in his own seat, which is on a 6.4 per cent margin.

On the Easter weekend, Morrison and Frydenberg locked in a bear hug outside a synagogue in Melbourne, an image that mightn’t go down so well in Kooyong, given Morrison’s poor personal popularity.

Frydenberg was classed as a conservative in earlier years but seems to have moved to a more centrist position. In 2015, he declared he had changed his stance on marriage equality.

Importantly, his conservatism has always been interlaced with a humanitarian streak derived from the experiences of his family.

His maternal grandparents and their daughters, including his mother Erica, were interned in the Budapest ghetto. Many relatives died in the Holocaust.

Those who know the family well speak of them as warm, supportive and generous, and say his father Harry, a surgeon, and his mother, a psychologist, have been crucial in forging Frydenberg’s values.

In his preparation for the political life, Zelman Cowen, Australia’s second Jewish governor-general, was crucial.

For years Frydenberg visited Cowen for breakfast on Saturday and Sunday. He sang to Cowen, an opera lover, on the night he died in 2011, regularly took flowers to his widow Anna, and has sworn the oath to his various political offices on the Hebrew Bible Cowen gave him.

“Zelman was always about integrity, intellectual curiosity. He had a guiding light. He really put me through my paces.”

His Jewish identity and heritage are woven through Frydenberg’s persona. Besides Cowen, some of his important mentors were Jewish. He chose Monash law school, the favoured choice of Jewish students, over the more prestigious University of Melbourne.

A friend from university days and later, Melbourne businessman Duncan Murray, says “his Judaism is part of who he is and part of his brand. He has not shirked from being proud of it.”

Frydenberg says: “What my Judaism has instilled in me is a love of family, respect for tradition and learning and, of course, the importance of faith”.

If Frydenberg reached the top, he would be Australia’s first Jewish prime minister.

If the government loses, the contest for opposition leader would presumably be between Frydenberg and Dutton.

Judging now, Frydenberg would start favourite against Dutton, who is from the hard right.

Frydenberg showed in winning the deputyship that he’s a good harvester of votes within the party. All that networking doesn’t go astray.

But the route of opposition leader is not the optimal path for him.

He does not excel at negative campaigning in the way Abbott did, or Dutton does. Perhaps it goes back to that willingness to see another side of things, or a lack of natural aggression.

Also, the first leader after a defeat does not necessarily get to be the one who takes their side to victory. Then again, it would also depend on how close the election result was.

From Frydenberg’s perspective, the best way to the prime ministership would be to assume it in government some time in the next term.

That scenario would of course be full of assumptions. It would also mean Frydenberg PM would be asking for a fifth Coalition term at the following election. It would be a fresh face on a wrinkled body.

Josh Frydenberg could be the next Liberal Party leader. So who is he?