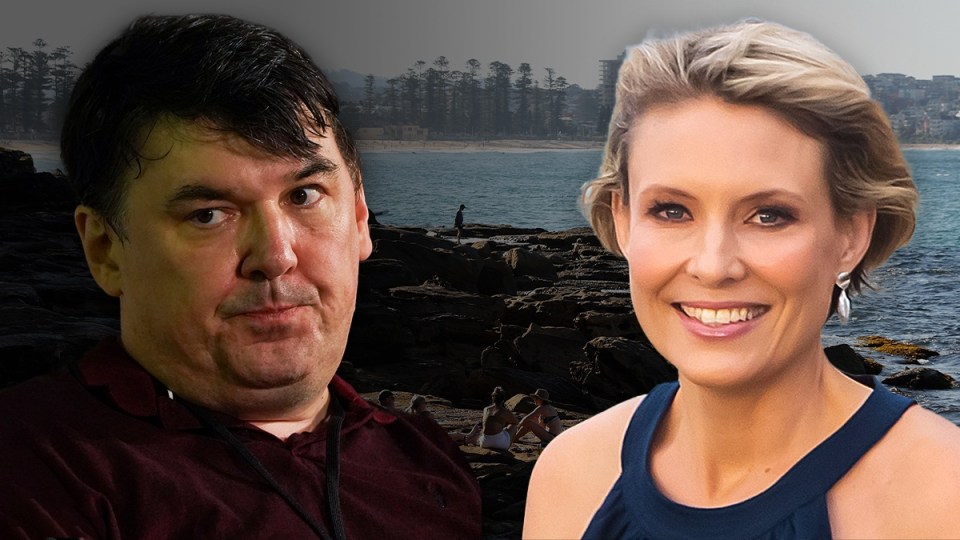 Graham Linehan, creator of Father Ted and The IT Crowd, told his followers to "let them hear us in Australia". Photo: TND

Screenwriter Graham Linehan – who rose to fame with Father Ted and The IT Crowd – has in recent years become an outspoken leader of the British anti-trans movement and Ms Deves’ fight is his latest fixation.

“Katherine Deves is under ferocious attack in Australia,” Linehan wrote in his newsletter, which is popular in anti-trans circles.

“This is an appeal to get UK feminists to take up her cause.”

In a follow-up video on YouTube, Linehan accused Australian media of “taking the least-charitable interpretation” of Ms Deves’ comments.

In recent days, it has been revealed that Ms Deves tweeted about trans people for years, and trans women in particular.

Some of her comments online and offline include declaring that half of all trans women are “sex offenders”, dismissing people experiencing gender dysphoria as being on the autism spectrum, and saying trans children who undergo gender affirmation procedures – a rare and highly controlled process that typically delays surgery until adulthood, if at all – end up “surgically mutilated and sterilised”.

Ms Deves has since apologised for many of these comments but has vowed to stay on as the Liberal candidate for Warringah, which is currently held by independent Zali Steggall.

“In my dedication to fighting for the rights of women and girls, my language has on occasion been unacceptable. It has hurt people and detracted from my arguments,” Ms Deves said in a statement last week.

That’s when the international effort to support her emerged.

“Support Katherine Deves. Please make her be a hashtag and all that sort of stuff,” Linehan told his 12,800 subscribers on YouTube.

“Let’s let them hear us in Australia.”

The hashtag created by Linehan was #IStandWithKatherineDeves, which has seen hundreds of tweets from the UK and Australia in the space of three days.

Linehan also told his supporters to “have it out” with critics in the comments of Ms Deves’ Facebook posts.

Ms Deves did not respond to a request for comment, but this isn’t the first time she and Linehan have crossed paths.

In February 2021, Linehan hosted an online panel with Ms Deves and University of Melbourne academic Holly Lawford-Smith, who later made headlines after establishing an anonymous tip line for supposed incidents of trans women violating women’s spaces.

In that discussion, Ms Deves compared her anti-trans campaigning to the underground resistance against the Nazis during the Holocaust.

Ms Deves has since walked back those comments and apologised.

Linehan became involved in anti-trans campaigning after an episode of The IT Crowd was criticised as being transphobic in 2008.

He has since moved away from television and devoted much of his time to campaigning against trans women online, particularly via his personal newsletter.

In 2020, the Irish TV producer was permanently suspended from Twitter on grounds of “repeated violations of our rules against hateful conduct and platform manipulation” relating to his anti-trans posts.

One of his stunts involved setting up an account for himself on a lesbian dating app to mock trans women.

More recently, Linehan said the upcoming Father Ted musical had been canned as a result of the negative publicity generated by his comments.

He also said the backlash from his comments ultimately led to the breakdown of his marriage.

Linehan has frequently defended his comments about trans people as being pro-women and pro-gay, although he is neither.

Despite support from Scott Morrison and former PM John Howard, Ms Deves has come under fire from many people in recent days, including from those within her own party.

NSW Treasurer Matt Kean called for Ms Deves to be disendorsed because he believes she is neither “fit for office” nor “aligned with the values of the Liberal Party”.

“This is not a one-off drunken Twitter rant. This is not a statement made at university 30 years ago,” he told the ABC.

“This is a series of persistent positions held over a long period and in recent times.”

Ms Deves frequently claims all women will be disadvantaged if trans women are allowed to compete alongside them, but no major women’s sporting organisations in Australia have raised this concern.

Ms Deves’ opponent, Zali Steggall, was an Olympic skier and has accused the Liberal contender of “repeating a transphobia line” rather than actually being concerned about women in sports.

“We are talking about a minority of the population that is already incredibly vulnerable,” Ms Steggall told Sky News Australia.

“All this policy approach opts to do is seek division.”