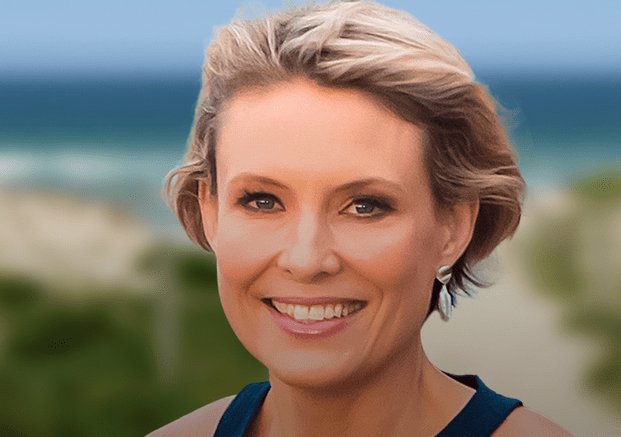 Prime Minister Scott Morrison has defended a candidate he personally chose for the Sydney seat of Warringah despite Liberal Party members calling for her to be disendorsed.

Katherine Deves has come under fire for previous comments in which she mocked fears inside the trans community of suicide due to discrimination, called trans children “mutilated” and compared her resistance to trans athletes to opposing the Holocaust.

NSW Treasurer Matt Kean has openly called for her to be dumped because of her remarks, saying “there should be no place for bigotry in a mainstream political party, let alone anywhere”.

But on Saturday Mr Morrison said while he believed the statements were insensitive, he  did not agree Ms Deves needed to go.

Mr Morrison said the comments Ms Deves had made “obviously were insensitive, and she’s admitted that.

“As you are going forward as a candidate you need to know the things that perhaps, in your past, you shouldn’t be doing the same way,” he told reporters in Melbourne on Saturday.

“It is important she understand that and learns those lessons, which she has.”

Warringah is a former blue-ribbon Liberal sea now held by independent Zali Steggall on a margin of more than seven per cent after she defeated Mr Abbott in 2019.

Mr Abbott on Friday called on the Liberal Party to stick with Ms Deves, describing her as “tough” and “brave” and referring to the criticisms of her as a pile-on.

However there are media reports of internal lobbying within the Liberals over concerns Ms Deves is not only unlikely to reclaim the seat for the Liberals but would impact nearby candidates such as Trent Zimmerman and Dave Sharma.

Candidates can be replaced by the cut-off of April 21.

“Presidents and many members are calling for Ms Deves resignation in light of her hurtful and divisive comments that have proliferated in the media,” he wrote.

“Particularly in the last few days, focusing on Nazis, sex offenders and the physical mutilation of young people.”

Labor leader Anthony Albanese said it was “extraordinary” that Ms Deves had been handpicked by the Prime Minister, pointing to his previous captain’s pick of now-United Australia Party leader and conspiracy theorist Craig Kelly.

Meanwhile controversy surrounds Labor’s candidate for Hunter, Dan Repacholi, over old social media posts, including one where he dubbed India a “s***hole”.

But Mr Albanese said the difference was Mr Repacholi’s social media gaffes had been made in his 20s while Ms Deves’ anti-trans comments were more recent.

“This candidate in Warringah … her main political approach has been on these issues,” Mr Albanese said.

Michael Pascoe: A grand housing alliance looms at last – if our new PM has the will
Scott Morrison refuses to budge on demand that Labor backs his anti-corruption model
Today's Stories