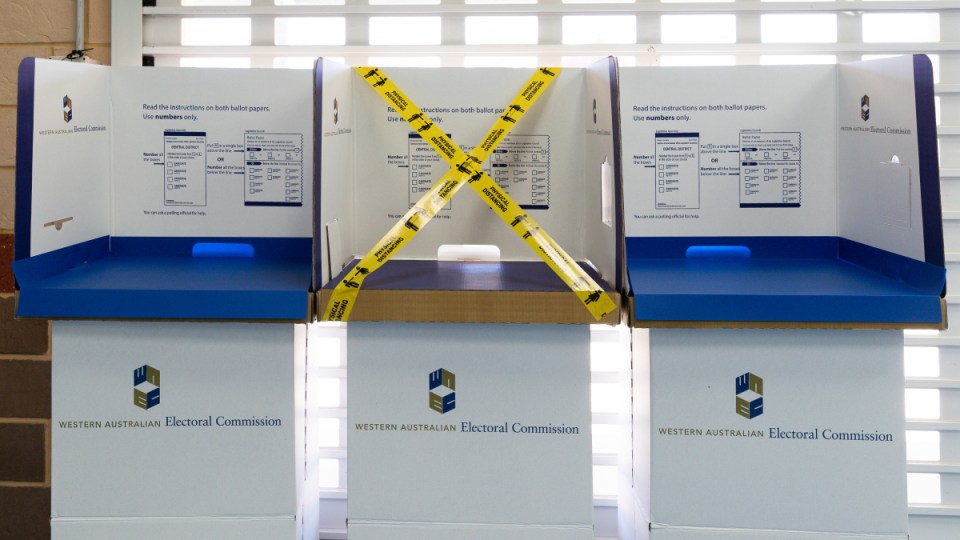 Telephone voting will be an option for anyone stuck at home due to COVID rules. Photo: AAP

Australians will still be able to vote on election day if stuck in COVID-19 isolation as a confirmed case or close contact.

The Australian Electoral Commission has confirmed it will roll out a telephone voting system for those subject to isolation orders on the day of the May 21 poll.

“We are working on a telephone voting option, which will be a first,” AEC boss Tom Rogers told ABC Radio on Monday.

Voters who have missed pre-polling and postal vote options will have to make a declaration they’re subject to a health order to access the “emergency” measure.

Mr Rogers said the declaration would stop people “gumming up” the system for others.

“If we have to read out the Senate ballot paper for people in telephone voting, it’s going to take some time. So I urge people to only use that if they are actually subject to that health order,” he said.

Confirmed COVID-19 cases and most close contacts are currently required to serve seven days in isolation across the country.

But the expert health body recommended the seven-day isolation rule for close contacts remain until the peak passes for the current Omicron wave, expected sometime in April.

Mr Hunt, who led Australia’s COVID-19 pandemic response, is not re-contesting his Victorian seat of Flinders, opening the way for the government to lock in a new candidate for health minister if it’s re-elected on May 21.

Mr Morrison confirmed on Monday his pick for health minister would be made known at the weekend.

“I’m taking my team forward at the election. They’re a proven team,” he said on Sunday when asked about the security of the rest of his cabinet.

“My strong united team I led for the last three years, sitting around that cabinet table … has seen Australia lead the world with its recovery (from the pandemic).”

Mr Hunt’s departure from politics comes as virus case numbers dropped in every state and territory over the weekend.

More than 44,000 COVID-19 cases and 14 deaths were reported across Australia on Sunday.

In a promotional video for his re-election campaign, Mr Morrison claimed his government had saved 40,000 lives since the pandemic began.

Northern Territory: 375 cases, no deaths, 31 in hospital, one in ICU