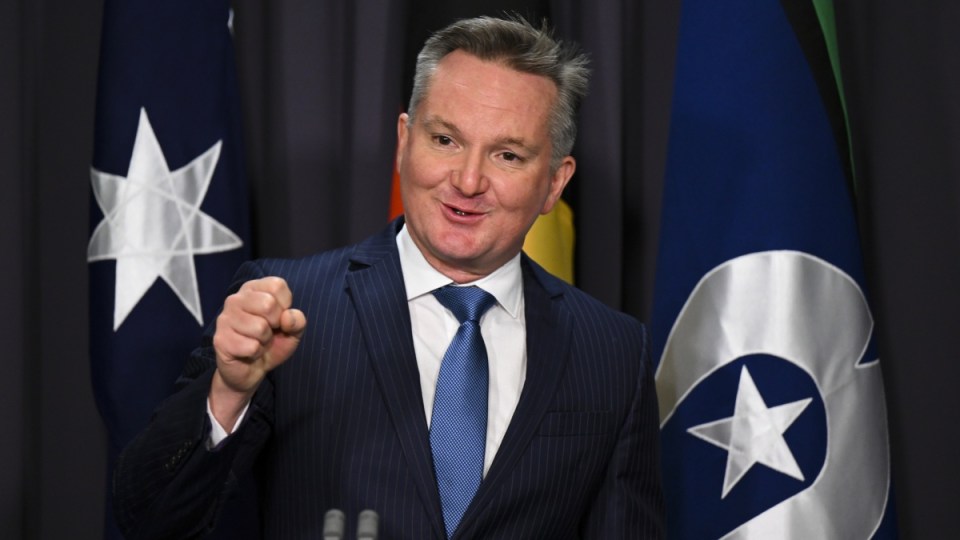 Legislation locking in emissions reduction targets has been introduced to parliament, with Climate Change Minister Chris Bowen warning there is not much time left to take meaningful action.

The government’s bill would enshrine a 43 per cent target for emissions reduction by 2030, along with net-zero emissions by 2050.

The bill is one of the first pieces of legislation introduced by the Albanese government in the new parliament.

Mr Bowen said the emissions target would be a floor to future reductions and not a ceiling.

In introducing the bill, Mr Bowen stressed the need to act quickly in locking in emissions reduction.

“2030 is 89 months away, we do not have long to achieve these goals,” he told parliament on Wednesday.

“We’ve been waiting for too long, and now is the time to get on with it.

“Our country and our parliament have wasted long enough … we don’t have a second to waste.”

The bill is also set to lock in a requirement for the government to provide yearly updates on how the emissions reduction targets are being met and whether they are on track.

Negotiations with the Greens on the climate bill remain ongoing, but Mr Bowen said he remained confident the legislation could pass the Senate.

All 12 Greens plus one additional Senate crossbencher would be needed for the bill to pass the upper house.

Mr Bowen said the bill represented more assertive action on climate change after years of stalling on the issue.

“The political infighting has seen Australia not just pause progress but go backwards to miss the economic opportunities that come from real action on climate change.”

Greens Leader Adam Bandt has called on the government to legislate even higher emission targets, along with bringing a halt to new coal and gas projects.

Following negotiations over the bill, all future climate targets submitted to the United Nations would need to be higher than those previously committed to.

Targets would also need to be incorporated into the objectives of government agencies such as the Australian Renewable Energy Agency and the Clean Energy Finance Corporation.

Mr Bowen said earlier on Wednesday the government could walk away from the bill if the Greens looked likely to block the legislation.

“We don’t need it, we could walk away if we needed to, but will seek to legislate,” he told ABC radio.

However, he said the laws were important to deliver certainty and stability for business and investors.

Senator Sarah Hanson-Young indicated the Greens would back Labor’s bill, saying they were in “good faith” discussions with the government.

“We are of course really pleased to see a number of things the government has shifted on because the Greens in this place is giving millions of Australians a strong voice,” she told reporters on Wednesday.

But Senator Hanson-Young maintained coal and gas remained a point of contention in negotiations.

Mr Bowen also used the speech to attack the Liberal-National coalition for flagging opposition to the bill.

“The opposition had a choice. They could vote for progress or choose to peddle the same discredited scare campaigns they had peddled for the last two decades,” he said.

“They’ve made that choice. That’s a disappointing one.”

The Stats Guy: Why the cost of everything is rising and what we can do to ease the pain
A new Parliament is already pointing to the roadblocks to Albanese’s agenda
Today's Stories