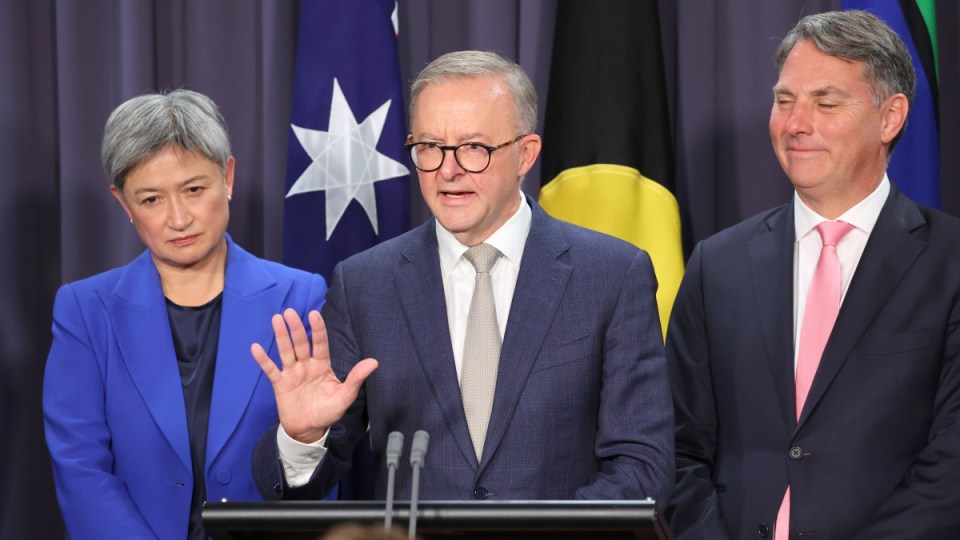 Anthony Albanese has called for a more unified approach to politics as parliament returns. Photo: Getty

The prime minister says he wants to see more unity in parliament, as MPs and senators gather in Canberra for the first sitting week since the election.

The 47th parliament will open on Tuesday with a welcome to country ceremony at Parliament House, before new MPs will be sworn in and a new Speaker and Senate President elected.

Governor-General David Hurley will then lay out the government’s agenda in a speech to both houses.

The new government is set to introduce 18 pieces of legislation in the first sitting week, following nine years on the opposition benches.

The day started for MPs with an ecumenical church service in the Canberra suburb of Forrest.

Anthony Albanese said the start of the new parliament would be a momentous day.

“I want to see a parliament that functions much better than the last one. One where there’s genuine debate and dialogue and discussion,” he told reporters in Canberra.

“I want more unity, less division. I want to bring the country together with a sense of our common purpose which is there.

“We have big challenges as a nation going forward.”

The government is set to introduce legislation on their climate target, domestic violence leave, creating the agency Jobs and Skills Australia, and aged-care reform measures.

A private member’s bill paving the way for the Northern Territory and ACT to debate and potentially legislate for voluntary euthanasia will be introduced to parliament next Monday.

The prime minister also said he would look to address religious discrimination.

“We’ll do it in a way which is much more consultative and brings people together in a way that I hope characterises the way my government functions,” he said.

Leader of the House Tony Burke said while there would still be debate in the parliament, there would be a more measured tone.

“You’re still going to have the back and forth, and I think that’s healthy to have that,” he told ABC radio.

“What you are less likely to find, though, is where 95 per cent of an answer (in question time) is about the other side of politics and just a sledge.”

PM calls for unity ahead of new parliament