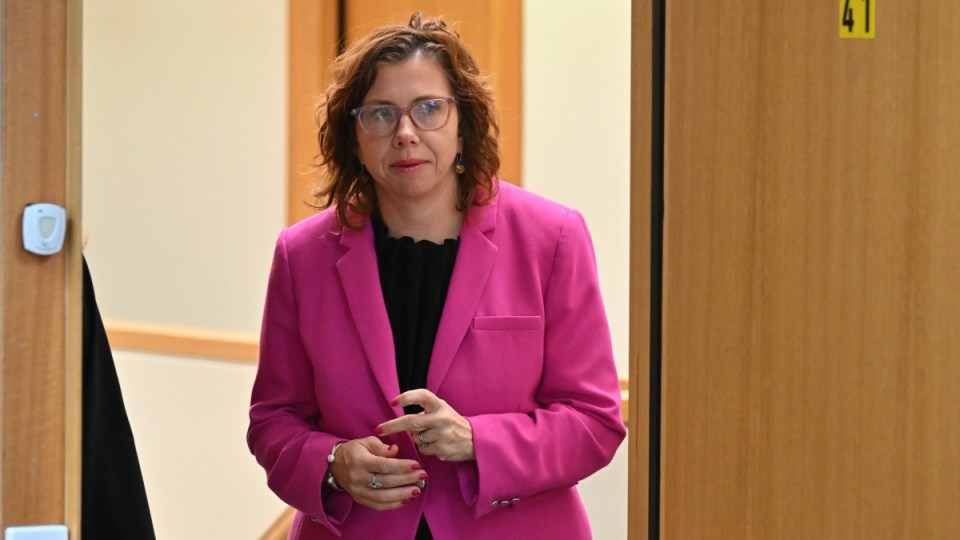 The government is prioritising the bill in its first week of parliament, Amanda Rishworth says. Photo: AAP

A major step towards women’s safety and gender equality has been taken by state, territory and federal leaders.

The draft National Plan to End Violence against Women and Children has been supported by ministers at all levels of government, with the final version to be released in October.

It will provide a decade-long strategy to inform the policy and service frameworks needed to address violence against women.

The plan will also include more data sharing around equality targets to measure its success.

Ministers responsible for women and women’s safety met face-to-face for the first time under the new government to canvas the plan in Adelaide on Friday.

They also discussed a proposal to implement a National Strategy to Achieve Gender Equality.

Minister for Women Katy Gallagher described the meeting as productive and said the national plan was an important priority in ending violence against women.

It is imperative that all levels of government work together to address violence, Social Services Minister Amanda Rishworth said.

“One woman dies in Australia every 10 days at the hands of their current or former partner. That is unacceptable,” she said in a statement.

“The national plan will set out a strategy for the next decade with the aim of reducing that number.”

Priorities for the new Domestic, Family and Sexual Violence Commission were also discussed.

The commission is expected to play a key role in monitoring the implementation and tracking the progress of the National Plan.

The federal government has committed to a standalone plan for Aboriginal and Torres Strait Islander family safety, which was welcomed by the states and territories.

The ministers were also expected to discuss safe access to abortion in Australia after the overturning of legal protections in the United States.

The ACT is pushing for Australia to have uniform and accessible abortion services across jurisdictions.

“All jurisdictions should have policies in place that provide women and people who can become pregnant access to affordable, safe and legal abortion services and the freedom to have control of decisions about their bodies and reproductive rights,” an ACT government spokesperson said.

“The states determine what they provide through the hospitals and surgical terminations are provided through public hospitals as required,” Senator Gallagher told ABC radio on Friday.

“The Commonwealth doesn’t dictate what they provide … noting that the issue (state and territory ministers) raised was about nationally consistent laws for the provision of termination of pregnancy services.

“That’s a matter that constitutionally rests with the states and territories.”

It comes as the government announced legislating paid domestic violence leave would be one of its first priorities when parliament resumes on Tuesday.

The proposed laws will allow any Australian worker to access 10 days of paid family and domestic violence leave.