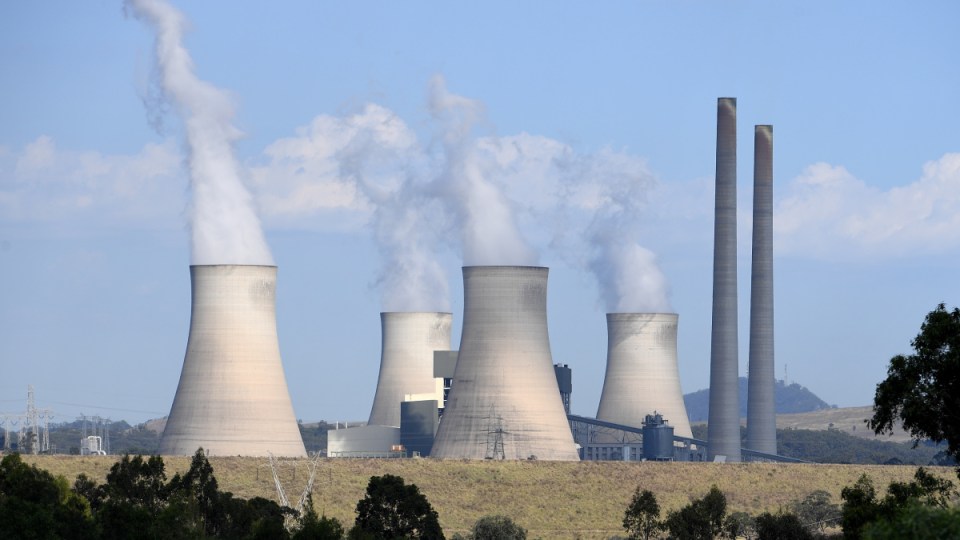 Carbon pollution stains the sky. How much longer can the planet tolerate such abuse? Photo: AAP

Greens leader Adam Bandt says he wants to work with the government on its upcoming climate bill, but the party’s final stance is still undecided.

The government will introduce legislation to formally lock in a 43 per cent emissions reduction target when parliament resumes later this month.

The bill will also lock in a net-zero by 2050 goal, as well as require the minister to provide regular updates on how the targets are being met.

The Greens have called for a higher reduction target despite calls from Prime Minister Anthony Albanese for all MPs across the parliament to back the legislation.

Mr Bandt said it was still too early to determine if the party will support the climate legislation, and did not rule out joining with the Coalition to vote against it.

“Our strong preference is to work with the government to get good climate legislation passed, and if the government’s willing to sit down and talk, we are too.”

The government would need the support of all 12 Greens in the Senate plus one upper house crossbencher in order to pass any legislation if the opposition vote against the bill.

The Greens leader said the 43 per cent target should be a floor and not a ceiling to any future emissions reduction measures.

Mr Bandt said he would also call for no new coal and gas projects to be approved, as well as ensuring the 43 per cent target would not be able to be reduced by future governments.

“At the moment we’re not even at square one because the government is saying ‘take it or leave it’ … you heard some of them be very clear there’s no room to move on our level of climate ambition,” Mr Bandt said.

“We’re saying that’s not our position, we’re saying we’d be willing to have the discussions with the government.”

While there are fears the Greens could vote against Labor’s climate agenda and bring it down, Mr Bandt said he wanted to work constructively with the government.

It comes after Mr Albanese said he hoped the Greens had learned from 2009, when the minor party’s vote against the then-Labor government’s carbon reduction scheme scuttled the entire initiative.

“Our strongly preferred approach is to improve and pass, but if the government says it’s ‘our way or the highway’ then we’re going to have to respond to that,” Mr Bandt said.

Treasurer Jim Chalmers said the government had a mandate for a 43 per cent target in the wake of the last election.

“Legislating the target is international best practice, it’s the best way to give our businesses and our investors and the broader community certainty over that target,” he told Sky News on Sunday.

“That’s our intention to legislate it, if they think we should be doing something about climate change in a responsible way, then all parties in the parliament should vote for it.”

Opposition Leader Peter Dutton said the legislation would not be required to meet the 43 per cent target, describing the bill as a political stunt.

“This is window dressing, and frankly, as I say, a wedge for the Labor Party. It’s a political stance … we don’t support the legislation,” he told Sky News on Sunday.

“Some of the decisions the Labor Party is making will drive up electricity prices for families, will make electricity supply less reliable.”

‘Not our position’: Adam Bandt refuses to say if Greens will back Labor’s climate initiative