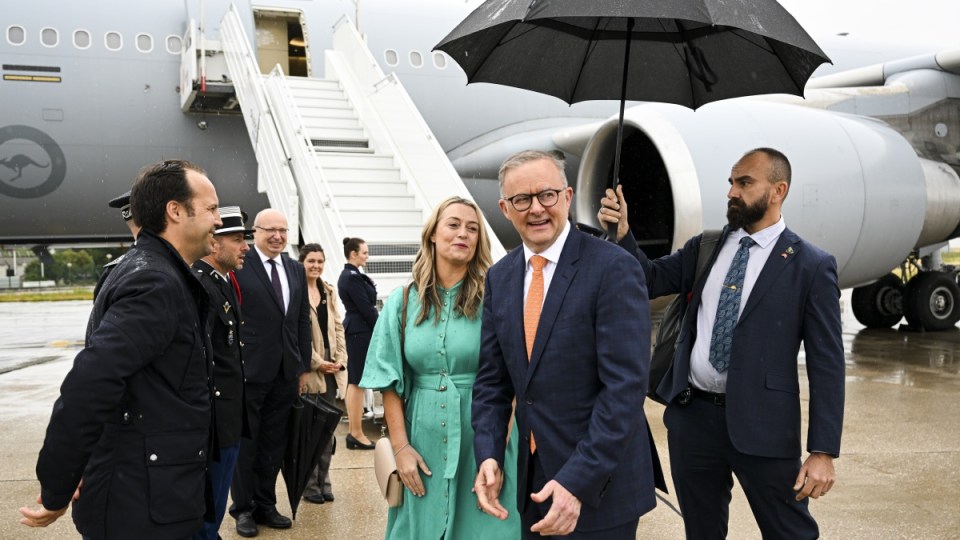 Prime Minister Anthony Albanese has hit back at “cheap shots” at his recent string of overseas visits – as an awkward detail emerged about the Opposition Leader’s own travels.

Mr Albanese has confirmed he will attend the Pacific Islands Forum, to be held in Fiji from Monday, as well as the G20 meeting in Bali later in the year, further adding to his agenda of foreign visits since taking office.

It follows criticism from some senior opposition figures, including leader Peter Dutton and shadow treasurer Angus Taylor, that he is not more focussed on domestic issues. Some critics have also dubbed him “Airbus Albo” – but on Friday the PM hit back.

Mr Dutton should outline “which events I shouldn’t have gone to”, Mr Albanese told the Nine Network.

‘I didn’t decide the election would be May 21, just a couple of days before the Quad leaders’ meeting,” he told Today.

“Should I have said to Ukraine, ‘no, you’re on your own, we don’t want to express solidarity with President Zelensky’, when the Ukraine people are showing such courage and resilience in the face of the brutal invasion by Russia?

‘It’s a cheap shot, frankly, and the opposition needs to be more mature.”

It came as it emerged that Mr Dutton, who is on leave until July 19, has also headed overseas. He confirmed to News Corp on Friday that he is in the US with his wife, Kirilly.

“While I’m over here I’m going to catch up with a few people in Washington and go to the US leadership dialogue,’’ he said.

Mr Albanese will be at the Pacific Islands Forum next week, where Australia and New Zealand will ask Pacific nations to be part of a joint bid to host a future United Nations climate summit. He and NZ Prime Minister Jacinda Ardern discussed the proposal at a meeting in Sydney on Friday.

It follows a group of esteemed Pacific leaders urging Australia to show support for the region by abandoning plans for new fossil fuel generation.

Serving Pacific leaders have been clear with their disappointment with Australian efforts to combat climate change.

Past leaders are also adding their shoulder to the regional effort.

Former leaders from Tuvalu, Kiribati, Marshall Islands and Palau have co-signed a statement asking countries to improve their emissions-cutting effort.

“The latest assessments are clear: global emissions must be halved during this decade. There is no room for new coal and gas,” the statement said.

Mr Albanese said jointly hosting the UN Conference of the Parties was an important step in engagement on climate in the Pacific.

He said in Sydney that Australia’s new emissions reduction target of 43 per cent of 2005 levels by 2030 was a “floor”.

“Australia is now a participant in the constructive action that is required globally to deal with the challenge of climate change,” he said.

He noted Australia’s $200 million fund for infrastructure investment in climate change, on top of the $525 million in development assistance in the Pacific.

“I believe that our changed position (on emissions) will be very much welcomed in the Pacific.”

“We know we are living in an era of strategic competition in the region.

“Australia’s friendship and relations with sovereign nations of the Pacific are ones of a friend … [and] a security partner of choice.”