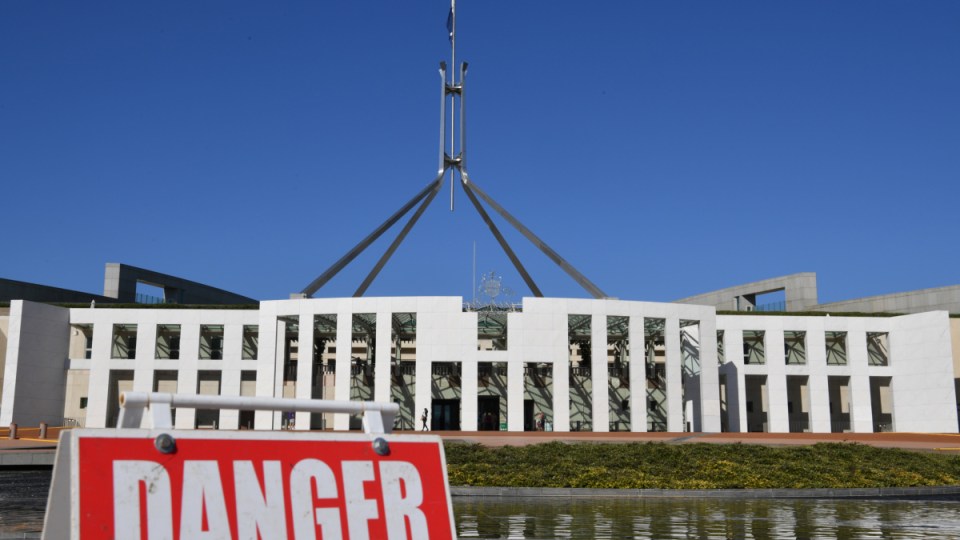 Independent MP Kylea Tink wants to give the proposed commission powers to sack politicians, but that's a step too far for David Pocock. Photo: AAP

Senator David Pocock has knocked back a suggestion by another independent that a federal corruption watchdog to be able to sack politicians.

North Sydney independent MP Kylea Tink last week suggested the powers for the body, which would range from sanctions to firing politicians based on how severely they breached codes of conduct.

But Senator Pocock said he wouldn’t support such a move.

“I have got real concerns about an unelected body being able to dismiss elected representatives,” he told ABC’s Insiders on Sunday.

Senator Pocock imagined there would be constitutional roadblocks to allowing such powers to the federal anti-corruption commission, which would not be an elected body.

“It’s an independent commission and I think actually being able to shine a light on corruption, to deal with it and then refer it to the police where needed,” he said.

Ms Tink’s suggestion to Guardian Australia was part of her broader push for a code of conduct for Parliament House.

It would work to clamp down on a culture of bullying, sexual harassment and assault unearthed last year in sex discrimination commissioner’s Kate Jenkins inquiry.

Labor has promised to have the integrity commission legislated by the end of the year, with Attorney-General Mark Dreyfus establishing a task force to draft a model bill.

So far, proposed powers include the watchdog being able to investigate historic allegations and probing grant-funding arrangements such as the Morrison’s government’s so-called sports rorts scandal.