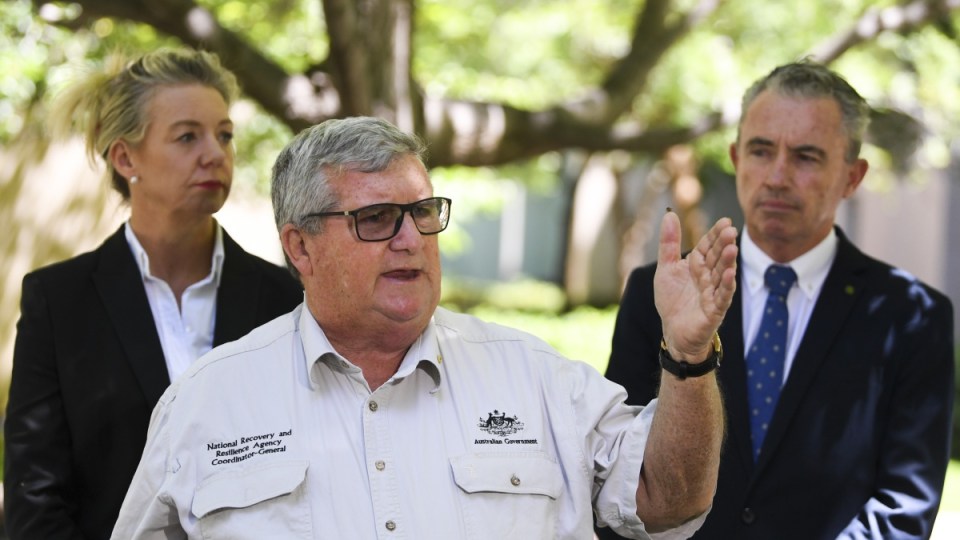 Shane Stone will finish as head of the National Recovery and Resilience Agency on August 31. Photo: AAP

The head of Australia’s disaster recovery agency will step down from the role, as the federal government unveiled an overhaul of the organisation.

National Recovery and Resilience Agency coordinator-general Shane Stone has taken leave from the top job from Friday and will finish in the role on August 31.

The changes come following plans by the government to create a new centralised emergency management agency.

Emergency Management Australia will merge with the National Recovery and Resilience Agency from September 1, with the agency sitting under the Department for Home Affairs.

The new agency will mean the coordinator-general role of the NRRA will no longer exist.

“You’ve got people who want to live among the gum trees, what do you think is going to happen? Their house falls in the river, and they say it’s the government’s fault,” he said at the time.

The comments prompted calls at the time for his resignation from Labor Senator Murray Watt, who has since been appointed Emergency Management minister.

“I would like to thank Mr Stone for his service, in establishing and leading the NRRA since its inception,” he said.

Senator Watt said the creation of the new agency would allow for the country to be better prepared for natural disasters.

“Combining all these disaster related functions into one agency under the Home Affairs portfolio is a significant step forward and strengthens Australia’s ability to prepare for, manage and recover from an increasing number and severity of disasters,” he said.

“Due to the effects of climate change, Australia will face more major natural disasters in the future, and we have to prepare and adapt now to ensure that as a nation we’re in the best position to deal with that inevitability.”