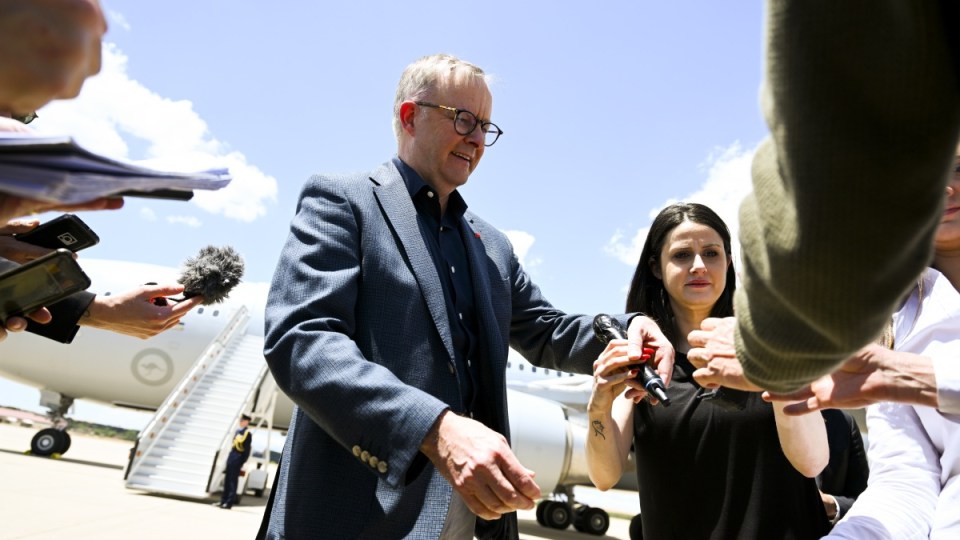 An important breakthrough in Australia’s relationship with the Solomon Islands has taken place, the prime minister says.

Amid escalating tension in the Pacific following a security pact forged between the Solomon Islands and China, Anthony Albanese said Australia remains the region’s partner of choice.

Mr Albanese confirmed he had spoken to his Solomon Islands counterpart Manasseh Sogavare for the first time since being elected and described the conversation as “very constructive”.

“Prime Minister Sogavare reconfirmed his position that Australia remains the security partner of choice,” he told reporters after touching down in Madrid for the NATO summit.

“We talked about … the important agreement that has been made, led by the Fijian prime minister, to make sure the Pacific Island Forum can remain united and strong.

Australia has been invited to participate in the NATO Summit in Spain alongside New Zealand, Japan and South Korea as part of the Asia-Pacific Four.

Although Russia’s invasion of Ukraine will dominate discussions, the ‘challenge’ of China will also be addressed.

Australia has a long history of standing up to bullies which the new prime minister is continuing, Ukraine’s ambassador to Australia Vasyl Myroshnychenko said.

The meeting between the four Asia-Pacific nations will be important for global security, he said.

“We are all aware of the posture of China in the region, and how everything is going to play out in Ukraine will have a major impact on the prosperity and well being of the entire Indo-Pacific,” he told Sky News on Tuesday.

“Australia is demonstrating leadership. Australia is out there safeguarding the peace and security of the region.”

If democratic nations stand together in “solidarity” with Ukraine, China will be forced to rethink its “forward leaning” actions, the prime minister said.

“What we know is that this brutal invasion is having real consequences for the people of Ukraine,” Mr Albanese said.

“The people of Ukraine are inspiring the world with their struggle to defend their national sovereignty.”

Mr Albanese will meet with his Spanish counterpart Pedro Sanchez on Tuesday, marking the first bilateral visit by an Australian prime minister.