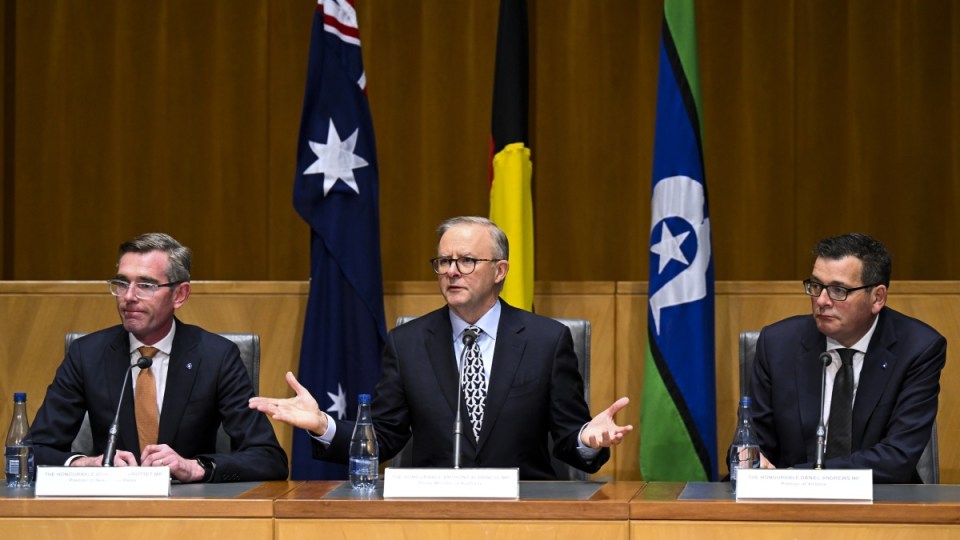 Funding arrangements for Australia’s health response to COVID have been extended for another three months, following talks between PM Anthony Albanese and state and territory leaders.

After Friday’s first national cabinet meeting under the new government, Mr Albanese said a further $760 million would be spent extending the pandemic health and hospital support for another three months.

The funding has been extended until the end of the year.

Mr Albanese said leaders agreed to work together to find improvements to the health systems, including connections between GPs and hospitals, as well as getting aged care and NDIS patients out of hospitals and into more appropriate care.

Premiers and chief ministers had urged the Commonwealth to commit to a 50-50 funding model for state and territory health systems. It had been due to expire in September.

Friday’s deal came after Mr Albanese had appeared to play down the demands from the states and territories .

“We‘re inheriting a trillion dollars of debt, what I will do is have constructive discussions with the premiers and chief ministers,” he told the Nine Network on Friday.

“What that is about isn’t necessarily additional dollars, what it’s about is a recognition that our hospital system at the moment has people who should be looked after by their GP, but GPs just aren’t available,” he said.

“This (health funding) is something we have been discussing at national cabinet for some time, so to have the first meeting today and for this matter to be resolved in some degree to be extended to December, I think is incredibly welcome and supported by every state premier and chief minister,” he said.

“This is something that has been in the too hard basket for too long.”

Victorian Premier Daniel Andrews said he was grateful “politics was put aside” had been put aside for the health agreement, and national cabinet had “put patients first”.

National skills shortages were also a key topic of discussion during the talks in Canberra.

“The Commonwealth is prioritising productivity reform and economic reform and that was well received by the state and territories,” Mr Albanese said.

State and territories leaders supported calls for the federal government to set up a referendum to enshrine an Indigenous voice to parliament as part of the constitution.

National cabinet will next meet in October, before the federal budget is handed down. Also on Friday, leaders agreed it would meet at least four times a year.