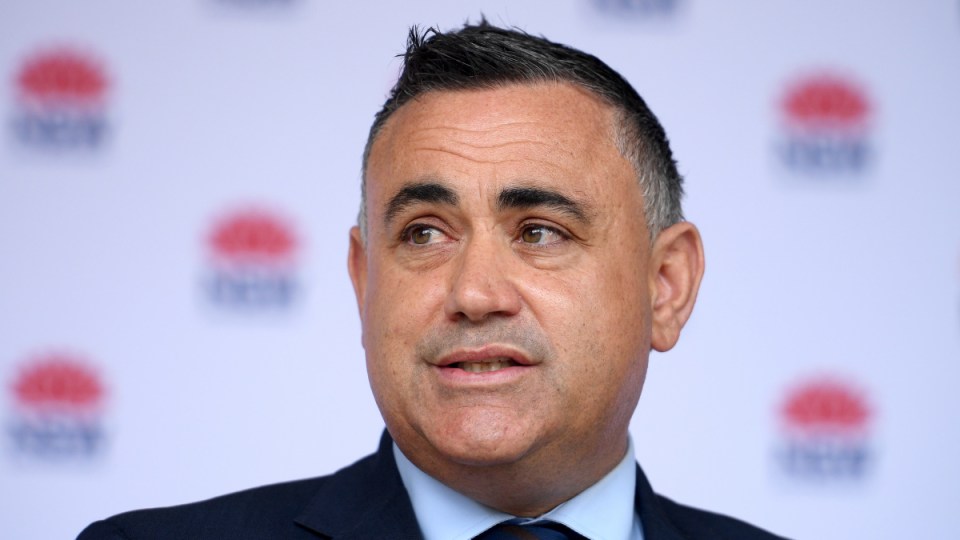 John Barilaro is heading to the US amid labor claims that it's a case of jobs for Coalition mates. Photo: AAP

Former NSW deputy premier John Barilaro has been appointed the state’s senior trade and investment commissioner to the Americas – a job that drew immediate fire from Labor.

The former Nationals leader takes on the role after a “highly competitive and rigorous global talent search” managed by specialised recruitment firm NGS Global, the NSW government said in a statement on Friday.

“Let me get this right. (NSW Premier) Dominic Perrottet has just given his close friend John Barilaro a taxpayer funded job in NYC,” Mr Minns wrote.

“All while giving workers a real wage cut. Are we really expected to believe that of 8 million people in NSW, Barilaro is the best person to represent us?!”

Helen Sawczak, former CEO of the Australia China Business Council, was also appointed the role of senior trade and investment commissioner to China. Both incoming commissioners are expected to relocate in the coming months.

Mr Ayres said the former deputy premier’s experience as a business owner then as trade and industry minister made him well-qualified for the posting.

He said NSW was a magnet for foreign investment from the US, valued at more than $196 billion in 2020.

Mr Barilaro resigned from state parliament in October last year, days after the shock resignation of then premier Gladys Berejiklian.

He had said it was time for a refresh, and serving as deputy premier and Nationals leader had been the honour and privilege of a lifetime.

Mr Barilaro on Friday said he aimed to support business in his new role, including companies in fields such as fintech, cyber security, space, health and food and beverages.