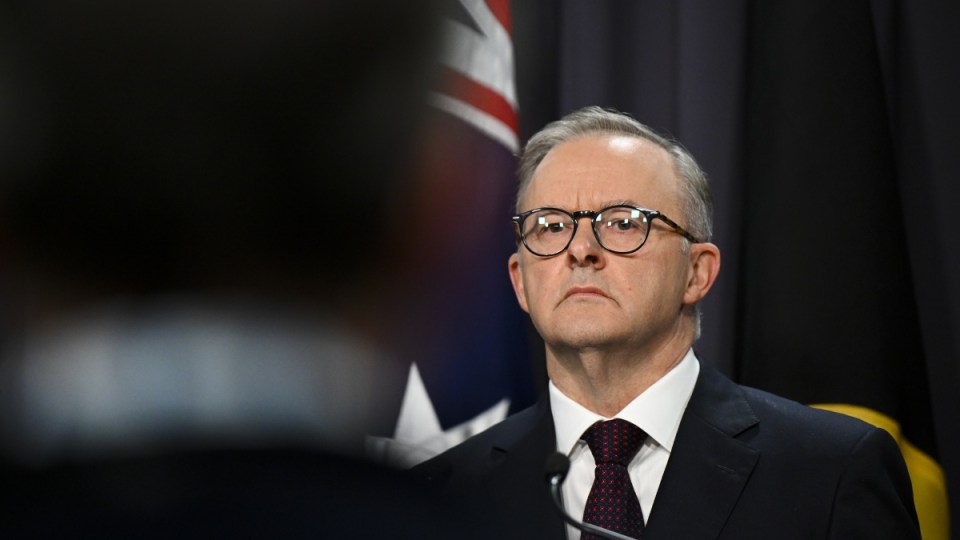 The Prime Minister has played down calls from state premiers for a 50-50 split on hospital funding.

Ahead of Anthony Albanese’s first national cabinet meeting, state and territory leaders have renewed calls for the Commonwealth to increase their share of funding.

The partnership started as 50-50 under Kevin Rudd, before Tony Abbott trimmed it back to a 40 per cent federal share.

Malcolm Turnbull brought it back to a 45 per cent contribution from the Commonwealth, but state and territory leaders say it should return to 50 per cent.

Speaking to reporters in Canberra ahead of the meeting, South Australian Premier Peter Malinauskas said the 50-50 split was essential.

“Now is not the time, in our view, for the Commonwealth to be diminishing their support in terms of hospital funding,” he said.

“The idea that at a moment of a national … crisis on hospital admissions, now’s not the time for the Commonwealth to be withdrawing that financial support.

“We’ve got a problem with healthcare service delivery, and it’s out of the control of the states, so we need to work collaboratively with the Commonwealth.”

But Mr Malinauskas said “throwing more money” at the healthcare system wouldn’t fix it, as it was in need of “serious reform”.

He said it was important primary health care, the aged care system and the NDIS worked in co-ordination with the hospital system.

Queensland Premier Annastacia Palaszczuk said health reform would be “front and centre” for her and her colleagues.

Mr Albanese said there was “nothing new” in the premiers’ call.

“And there is nothing new in my response,” he said.

“I look forward to working constructively with state premiers and chief ministers.”

Victorian Premier Daniel Andrews said pressure on the health system must be addressed.

“I will not settle for this Commonwealth government proceeding with Scott Morrison’s cutbacks,” he told reporters in Melbourne.

The most immediate issue for the leaders – which is likely to get the nod from the federal government – is extending the COVID response partnership which is due to expire in September.

In the medium-term, state and territory leaders want greater support for elective surgery.

But a better hospitals and health funding national partnership is the long-term goal.

Mr Albanese said the meeting would occur in the context of being left with $1 trillion in debt by the Morrison government.

“We are not in a position to do everything we would like to do immediately.”

However, the prime minister said Labor was committed to urgent care clinics and more support for primary health care.

Mr Albanese said one of his agenda items would be productivity reform.

WA Premier Mark McGowan also wants to discuss labour market shortages, but is pushing a campaign for east coast Australians to move west where there are jobs, cheaper housing and a lower cost of living.

The prime minister said he would also talk to the premiers about involving local government, which had a place at the table under the former Council of Australian Governments format.

Mr Malinauskas said he was open-minded about national cabinet reform.