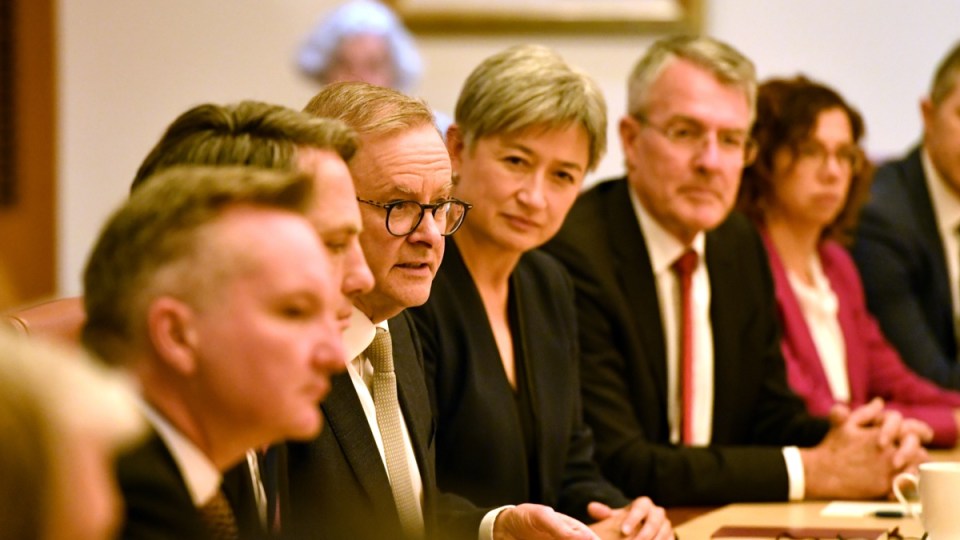 Anthony Albanese has chaired a cabinet meeting in the Queensland industrial city of Gladstone. Photo: AAP

Prime Minister Anthony Albanese says a responsibility to the national interest was behind a decision to hold a federal cabinet meeting in central Queensland.

The cabinet met in the city of Gladstone on Wednesday, as part of Mr Albanese’s first visit to Queensland since he won last month’s election.

He said he was looking forward to delivering on a promise to govern for the whole of the country.

“We’ll be having meetings not just in Gladstone, but people travelling throughout the region over yesterday, today and for the rest of this week,” Mr Albanese told ABC Radio on Wednesday.

“Because [the cabinet] will be listening to what people have to say, and that will be informing our decisions before parliament resumes back in July.”

Gladstone is in the Queensland seat of Flynn, which was retained by the Coalition despite a swing to Labor.

“A lot of people came back to us in central Queensland, but what we need to do is to do better in the future,” he said.

“I want to represent people regardless of how they voted. I want a government that works for all Australians, wherever they live.”

Regional cabinet meetings were previously used by former politicians including Labor prime minister Kevin Rudd and Queensland premier Peter Beattie to take ministers out of their city comfort zones and to engage directly with voters.

“We were given two ears and one mouth for a reason, we need to listen to people on the ground,” Mr Albanese said.

The meeting, in a seat with a large energy industry presence, came as the government sought solutions for rising power prices, considered short-term controls on the gas market and begins to roll out a more ambitious carbon emissions target than the Coalition.

Mr Albanese emphasised regional jobs as part of a pitch to transition to more renewable energy and net-zero emissions by 2050.

He said many commitments made to regional Australia during the campaign would be honoured in the October budget.

“We know that the cost of housing, for example, is a big pressure in the regions … [going] up higher than it has for people in the cities,” he said.

“We also know that infrastructure needs to keep up and we made a number of commitments.

“One of the reasons why we are bringing forward a budget in October is to make it very clear that … we stand by [our commitments].”

“It allows us to hear the messages because obviously we were disappointed with the results here in Western Australia at the last election, so there’s a lot of rebuilding for us to do,” he said at the opening of the meeting.

“But this is the opportunity for us to commence that rebuild, to listen to the messages, to get an understanding of the priorities for West Australians.”

Labor picked up four extra seats in WA, where the Liberals already have a minuscule presence in the state parliament after a trouncing by Labor Premier Mark McGowan.

Nationals leader David Littleproud said the new shadow ministry presented an opportunity for generational change and renewal, but also drew on the experience of parliamentary veterans.

“I’m proud to be part of this formidable coalition that will hold this government to account and recapture those that voted against us last time because we will put cogent, sensible arguments forward,” he said.