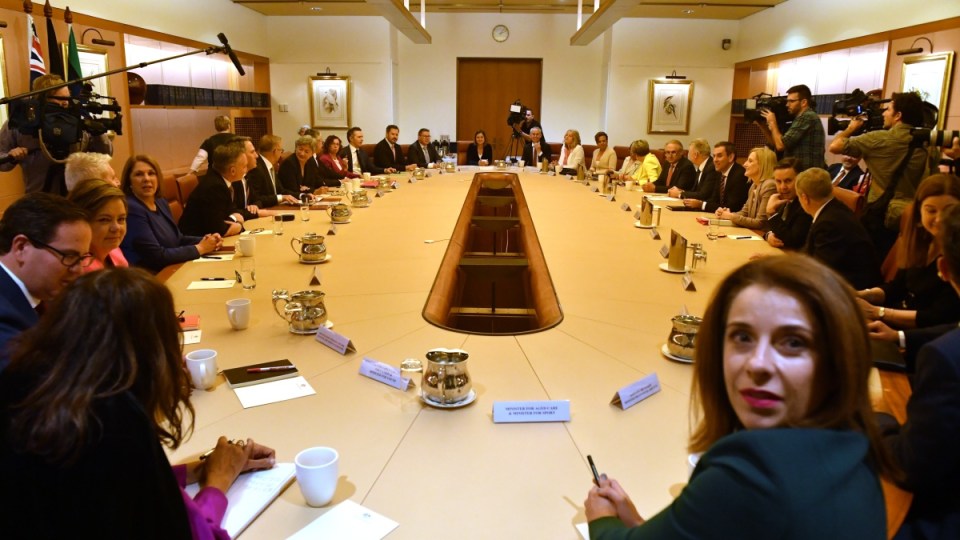 Federal cabinet ministers will meet in central Queensland this week, as Prime Minister Anthony Albanese seeks to deliver on a promise to “govern for the whole of Australia”.

The cabinet meeting in the industrial city of Gladstone on Wednesday will be Mr Albanese’s first visit to Queensland since his May 21 election victory.

Gladstone is in the seat of Flynn, which was retained by the Coalition at the election.

Regional cabinet meetings were previously used by former Labor prime minister Kevin Rudd and Queensland premier Peter Beattie to take ministers out of their city comfort zones and to engage directly with voters.

The meeting, in a seat with a large energy industry presence, comes as the government seeks solutions for rising power prices, considers short-term controls on the gas market and rolls out a more ambitious carbon emissions target than the coalition.

Nationals leader David Littleproud said Mr Albanese needed to have an “honest conversation” with the people of central Queensland about how his energy and climate policies would affect jobs.

However, the Queensland MP expected the cabinet meeting to be a “lot of colour and movement”.

Agriculture Minister Murray Watt, who also hails from the Sunshine State, said the meeting was a coup for central Queensland.

“This shows a real commitment from Albo and our whole team to listen to regional Queenslanders and ensure we stay in touch with their needs,” Senator Watt said.

“Labor made up serious ground in central Queensland after the 2019 wipeout.

“This cabinet meeting is the first step towards building on that result, by showing our positive agenda for regional Queensland.”

Meanwhile, Opposition Leader Peter Dutton will take his shadow cabinet to Western Australia, where the Coalition faced a massive voter backlash at the election.

Mr Dutton is expected to convene his first shadow cabinet meeting in Perth on Wednesday.

Labor picked up four extra seats in WA, where the Liberals already have a minuscule presence in the state parliament after the party’s trouncing by Labor Premier Mark McGowan.

The WA Liberals are considering changes to the party’s processes to give members a greater say in candidate selection and restore confidence.

“The pressing electoral challenge demands that the WA Liberals embrace bolder reforms, such as universal plebiscites for the Senate and the [WA] Legislative Council, greater transparency over the financial and membership affairs of the party, and a willingness by party management to pursue disciplinary measures for unethical behaviour,” he said.

“The silver lining of the current situation is that we have nothing to lose in embracing decisive reform, with the opportunity to return the WA Liberal Party to the proud, respected and electorally successful organisation it has been in the past.”