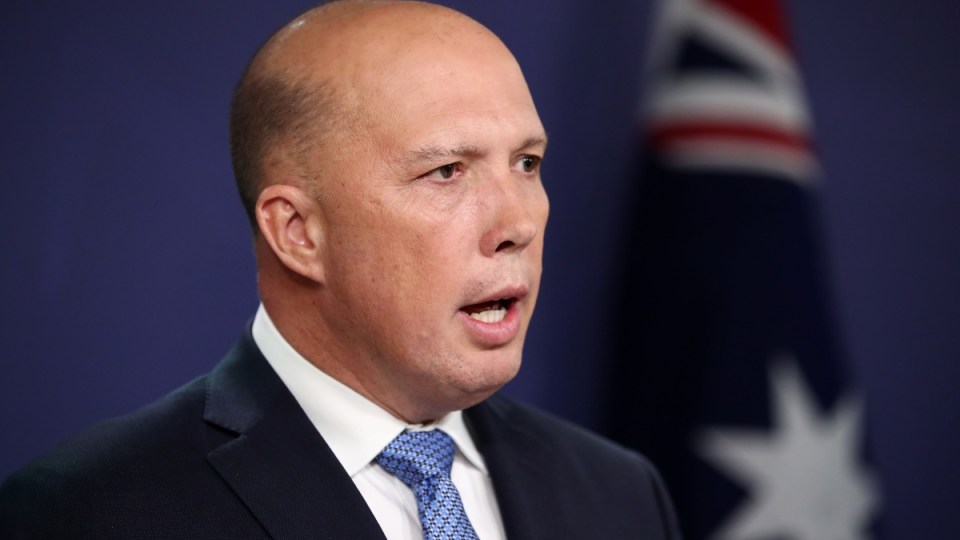 Peter Dutton has doubled down on his questioning of the Albanese government's committment to AUKUS. Photo: Getty

Opposition Leader Peter Dutton has been accused of jeopardising national security by revealing information about a secret plan to acquire nuclear submarines.

The former defence minister wrote in The Australian that the Defence department was investigating buying two Virginia-class nuclear-­powered submarines from the United States by 2030.

“I really worry that Labor is now walking away from AUKUS, from the submarine deal, and that is clearly not in our national interest,” he told 2GB on Thursday.

Mr Dutton said had the coalition been re-elected, the government could have been ready to make an announcement on which submarine class to go with as early as July.

Defence Minister Richard Marles criticised Mr Dutton for his “loose” comments which he said undermined the agreement between the US, United Kingdom and Australia.

“This is rank politics and is completely inconsistent with everything Peter Dutton was doing and saying in government,” he said.

But Mr Dutton doubled down, saying his remarks weren’t beyond what was already publicly available.

“Richard Marles’ opening comments as defence minister said loud and clear that Labor is thinking about ditching the nuclear submarine plan and it would be a disaster for our country,” he told Nine on Friday.

“If Labor is going to butcher that, and they don’t have the money to pay for it, they should be upfront and say it.

“Because that’s the path they’re taking us down at the moment and … that is not in our national interest.”

“The prime minister was straight across to the Quad meeting (in Japan after the election) and the relationship with our key ally in the United States was affirmed immediately.”

Meanwhile, Australia won’t be gaining any concessions from New Zealand in terms of access for nuclear submarines.

New Zealand Prime Minister Jacinda Ardern told reporters in Sydney after a meeting with Anthony Albanese her nation would remain a nuclear-free zone.

“Those principles are well understood and they’re not a point of tension at all.”

“These matters are subject to a lot of different public commentary … it’s important that we can have proper discussion, but that we keep the focus on capability,” he told Sky News.