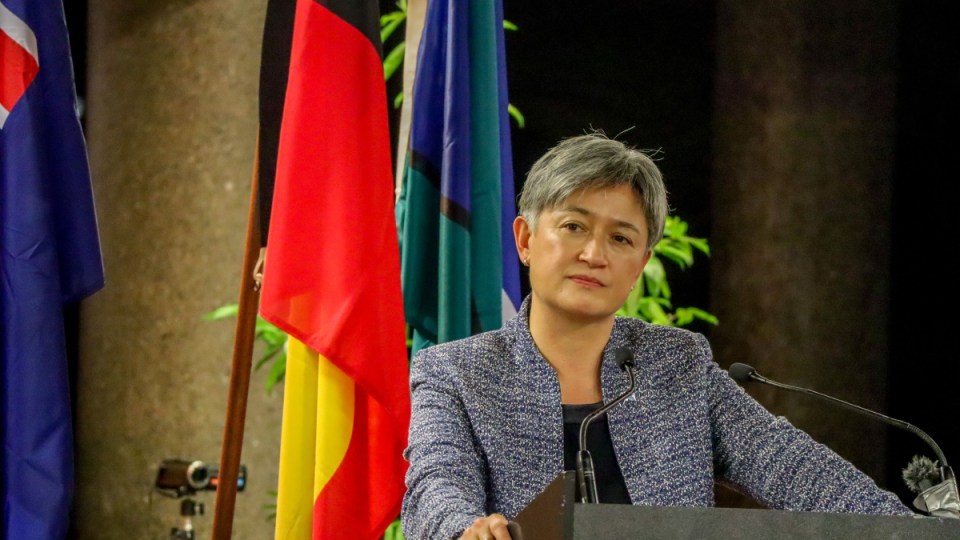 Penny Wong has flown to Samoa and Tonga to strengthen ties between Pacific nations and Australia. Photo: Getty

All government ministers should engage with their Pacific counterparts to strengthen relationships and partnerships in the region, Treasurer Jim Chalmers says.

Foreign Minister Penny Wong has again jetted to the Pacific, travelling to Samoa and Tonga, days after China signed bilateral agreements with both nations.

The pact came off the back of China’s foreign minister Wang Yi embarking on a travel blitz through the Pacific.

Dr Chalmers said he had already spoken to his Indonesian counterpart Sri Mulyani and would work to engage with others across the Pacific region.

“All of us in our own portfolios, in our own ways, can make a contribution to strengthening our relationships and our partnerships with friends in our neighbourhood,” he said.

“The first week of my treasurership was about engaging with state and territory treasurers, peak business groups and unions.

“I’ve moved on now to engaging with international counterparts, and part of that will be Pacific friends.”

The treasurer and new Finance Minister Katy Gallagher will also work to enact the government’s Pacific strategy as it moves to counter Chinese influence in the region.

“Part of the job for us, and for Katy Gallagher as well, is to responsibly fund some of the investments that we need to make in the region, but also heavily engage in climate-change policy,” Dr Chalmers said.

“I will be doing my own engagement internationally as is appropriate for the treasurer and that begins with Indonesian friends who are hosting the G20.”

While China has signed bilateral agreements with some Pacific nations, the Asian powerhouse has put a region-wide security deal on ice.

Beijing instead set out a position paper on the Pacific, covering areas such as security and development, along with greater dialogue and diplomatic ties.

Senator Wong said her visit to Samoa and Tonga would aim to strengthen ties between Pacific nations and Australia.

“I look forward to listening to leaders in Samoa and Tonga about how the Australian government can best apply the new energy and resources we are bringing to the Pacific,” she said in a statement.

“We understand that we need to work together like never before, for our people and for generations to come.”

“We will stand shoulder to shoulder with our Pacific family in addressing the existential threat of climate change, and we will deepen cultural and sporting ties.”

While security will feature heavily in talks with Pacific nations, Senator Wong is also expected to speak with Tonga’s government about relief efforts following the devastating volcanic eruption and tsunami there earlier this year.

Ministers ‘must engage with Pacific peers’