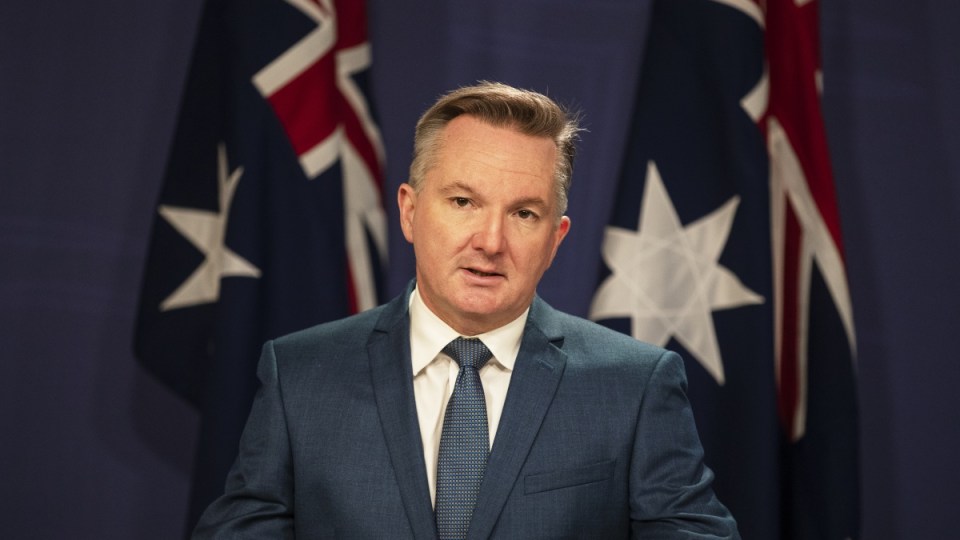 The Albanese government has declared it will end the “climate wars”, pledging to take action through ambitious emission reduction targets.

Climate Change and Energy minister Chris Bowen has held his first news conference after being sworn in alongside former NSW fire commissioner Greg Mullins, who is among ex-emergency management chiefs advocating for climate policies.

Mr Bowen said his first meeting with the leaders on Thursday signalled that warnings on climate change would no longer be ignored by the federal government, with the nation already having paid a hefty price.

“We have been elected with a mandate for real action on climate change, ambitious but achievable action, as outlined in the policies we sought a mandate for and will implement.”

The government has committed to a 43 per cent reduction in emissions by 2030.

Mr Mullins, of Emergency Leaders for Climate Action, said it had been a “climate election”.

The Morrison government failed to heed warnings the country was facing a “bushfire catastrophe” in early 2019, he said.

“We need a reset and the only mitigation in the future which will dial that down is to reduce emissions worldwide and Australia must do its part,” he said.

“We have to set aside the climate wars, no more blame, no more misinformation, we need to get on with this task.

“We’ve been through Black Summer, we’ve been through massive floods that have broken all records. This is climate change in action. We must take urgent action on emissions because that’s the only thing that is going to drive down the severity and intensity of natural disasters into the future.”

Mr Mullins said a decade of action had been lost, and welcomed the new government’s approach.

“It was pretty hard being outside the tent and knowing that a fire or flood was coming,” he said.