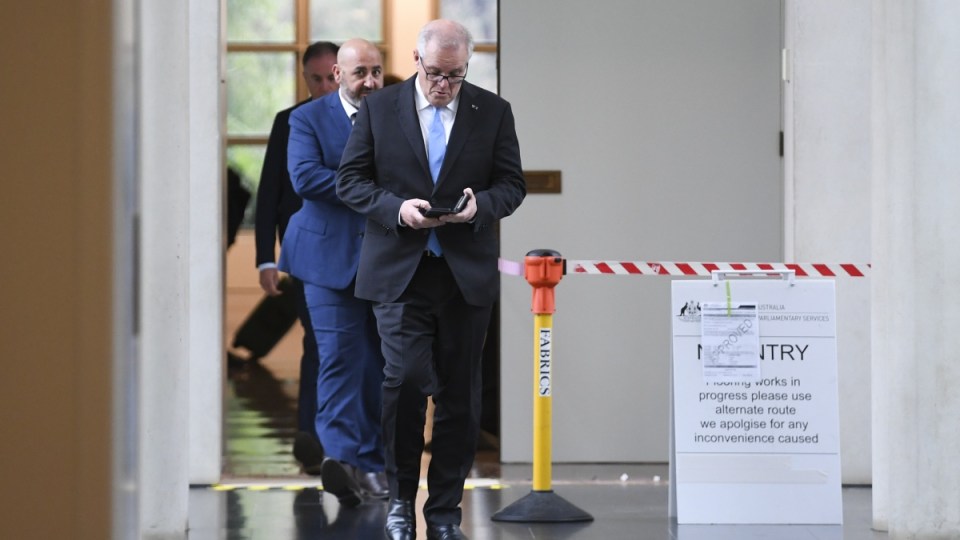 His deputy will be NSW Senator Perin Davey.

NSW Nationals MP Mark Coulton confirmed the vote, which came after a meeting of more than two hours.

He said there had been three-way contests for the leadership and the deputy’s spot. Victorian Nationals MP Darren Chester had also signalled a tilt for the leadership, although the other contenders are not yet known.

“It will be the team, the collective wisdom of those men and women, those 22 men and women in that room, that will drive the National Party into the future that, will drive regional and rural Australia, that will give it its voice right here in Canberra,” he said.

“I’m proud to say that my team, a National Party team, will work collectively together to strive for that.”

The Nationals’ leadership tussle followed a much more formulaic change of hands in the senior Coalition party on Monday. Former defence minister Peter Dutton was elected unopposed as the new Liberal leader, with former environment minister Sussan Ley as his deputy.

The result of the Liberal leadership vote was announced just 10 minutes into their party room meeting.

“I’d like to take this opportunity to thank Scott Morrison, the outgoing leader, for his service and his leadership of our party over the past three and a half years, and Josh Frydenberg as the outgoing deputy,” outgoing chief government whip Bert van Manen said.

“Sadly Josh couldn’t be here, given the result in Kooyong. But he has provided tremendous service to the party as the deputy leader and treasurer over the past three and a half years.”

Mr Dutton had been touted as the likely replacement for Scott Morrison when the former PM quit as leader following the May 21 election loss. He is the first Queenslander to lead the Liberal Party.

Mr Dutton is expected to address the media later on Monday.

Shortly after the vote, Mr Morrison congratulated Mr Dutton and Ms Ley and said they were “deeply committed to both the Liberal cause and the cause of the nation”.

“I think they’ll do an outstanding job and I look forward to giving them all of my full support,” he said.

“It’s been a great privilege to leave the federal parliamentary Liberal Party and I handed over to Peter and Susan and wish them all the very best.”

Mr Morrison said the party room had given “a rousing cheer” for former treasurer Josh Frydenberg – “as they should”. Mr Frydenberg, who had been seen as a potential future Liberal leader, lost his Melbourne seat at the election.

Mr Morrison then walked away, refusing to answer questions about how long he might stay on in parliament.

“[I’m] super happy about the party room and the leadership team we’re bringing in,” he said.

Mr Robert also said he expected there would be more women on the Liberal front bench, following a reshuffle after former ministers lost their seats on May 21.

“We’ve got so many talented women in our ranks and you’d expect that talent to be recognised and rewarded,” he told Sky News.

Mr Robert also fended off criticism of Mr Dutton, as a hard-line conservative.

“He is well-read, well-learned, has a beautiful family and a soft heart. I think Australian voters will be very surprised by the Peter Dutton they see,” he said.

Mr Dutton, a former police officer, spruiked his credentials for the job of opposition leader following his nomination.

“In a prime minister you need someone who won’t buckle in hard times and will stand up for our country and I have proven that in the portfolios I’ve had,” he wrote on Facebook.

“My work ethic is second to none and I have the skill and experience having served five leaders and have learnt from each.”

Mr Dutton has pledged to take the party back to its core values and represent the aspirational “forgotten people” of Australia.

Elizabeth Watson-Brown, the new Greens MP for the Brisbane seat of Ryan, said voters won’t be “enamoured” by Mr Dutton.

“The Liberal Party does need to do some soul searching,” she told the ABC.

“The general sense was that their campaign was sort of pretty disgraceful, there was a lot of culture-war baiting (and) inaction on climate change,” she said.

“The voters of Ryan will not necessarily have a particularly benign view of Peter Dutton.”

Tom Richardson: The lost art of patience and the joy of a mixtape
Barnaby Joyce’s character on trial in tight leadership vote
Today's Stories