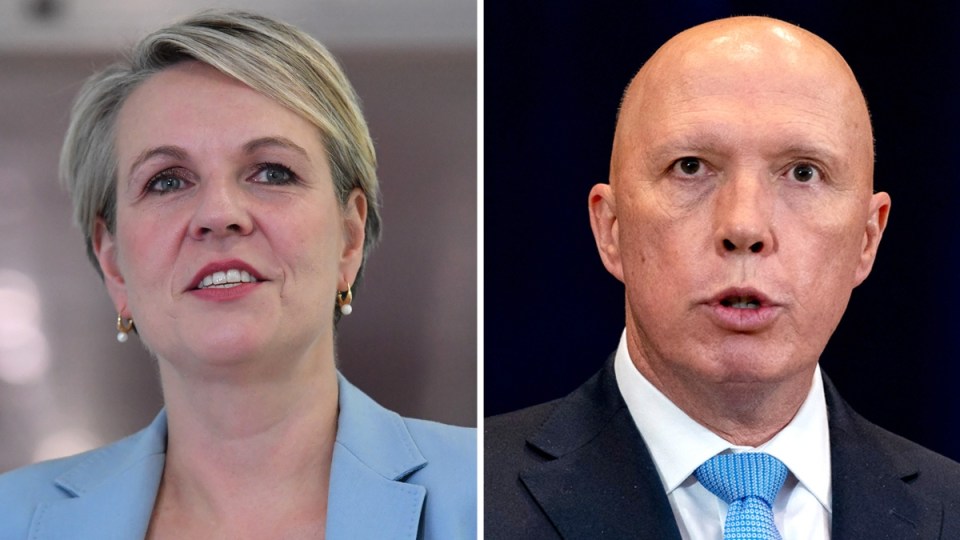 It came as Prime Minister Anthony Albanese labelled the comment a “mistake”.

Ms Plibersek, who will be part of Mr Albanese’s cabinet when it is formally named next week, made the comments on Brisbane radio 4BC on Wednesday.

With Mr Dutton poised to take the Liberal leadership after Scott Morrison quit at the weekend following the Coalition’s election loss, Ms Plibersek was asked what she thought about his likely elevation.

“I think there will be a lot of children who have watched a lot of Harry Potter films who will be very frightened of what they are seeing on TV at night, that’s for sure,” she had said.

“I am saying he looks a bit like Voldemort and we will see whether he can do what he promised he would do when he was last running for leader, which is smile more.”

Ms Plibersek apologised for the comments shortly after.

“I shouldn’t have said it,” she said.

“Tanya Plibersek did the right thing by apologising. I do want to change the way that politics functions in this country. People do have conflict fatigue,” he told ABC TV.

“Tanya Plibersek will certainly be on my frontbench. There is no question about that. She apologised. It was a mistake. It shouldn’t have been sad. We all make mistakes from time to time.”

Mr Dutton, who will be elected Liberal leader unopposed in a looming party room meeting, shrugged off the comments on Thursday. It was “water off a duck’s back”, he told Nine radio.

“You read that sort of stuff online and it’s sort of the sewer of Twitter… I just don’t think you need to be nasty and mean,” he said.

“I was diagnosed with a skin condition a couple of years ago, it’s all just the reality of getting older,” he said.

“I’m not the prettiest bloke on the block but I’m hopeful I’ll be pretty effective.”

The former defence minister has been trying to soften his image ahead of that vote. On Thursday, he posed for photos with his family for News Corp and the Nine newspapers.

Mr Dutton – who is also a previous immigration minister, and once held the home affairs portfolio – acknowledged “tough jobs” in the past. But he said he hoped the public could see “the rest of his character”.

“We aren’t the Moderate Party. We aren’t the Conservative Party. We are Liberals. We are the Liberal Party. We believe in families, whatever their composition, [in] small and micro businesses, [we are] for aspirational, hard-working ‘forgotten people’ across the cities, suburbs, regions and in the bush,” he said.

“I’ve had tough jobs — firstly as a policeman dealing with serious sexual assaults and murders, to home affairs minister where I deported drug traffickers and child sex offenders.”

Also on Thursday, Mr Dutton siad he was the right person to lead the Liberals, and was confident of guiding the Coalition back to win the next federal election.

That meant making sure that it represented all Australians but with a particular focus on people in the suburbs.

“I’ve learnt a lot from the leaders I’ve served under and I believe we can win the next election, but there’s a lot of work between now and then.”

Former environment minister Sussan Ley is firming as the likely deputy Liberal leader. But Mr Dutton said that decision would ultimately be for the party room, and there were many “great candidates” for the role.

“There are a number who could serve very ably as deputy, we’re just working that out at the moment,” he said.

Outgoing prime minister Scott Morrison did not say who he wanted to see lead the Liberals, but indicated he would back the new team.

“I’m going to support the new leadership and the direction they’re taking, and I think you’ve always got to be true to your values, and I’ve always sought to do that,” Mr Morrison told 2GB.