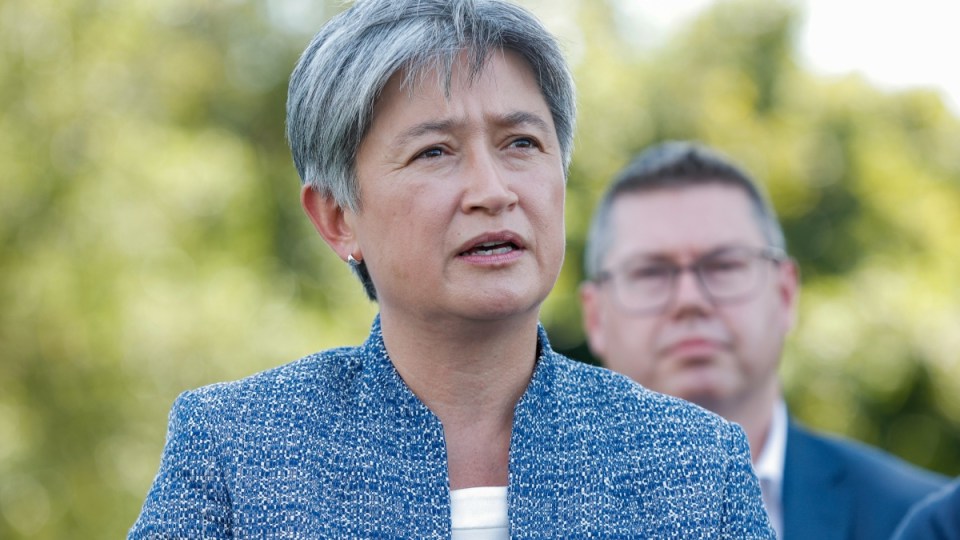 Senator Penny Wong will fly to Fiji on Thursday in her second trip as Foreign Minister. Photo: AAP

Penny Wong will crossover with her Chinese counterpart on her second trip as Foreign Minister as she seeks to overhaul relationships in the increasingly contested Pacific Islands.

Senator Wong, one of five front benchers sworn into an interim post-election cabinet on Monday, will fly to Fiji on Thursday, less than a day after her debut summit as Foreign Minister in Tokyo.

Senator Wong took a prominent role in the election campaign when she argued a failure of Australian diplomacy was on display when the Solomon Islands signed a security deal with China earlier this year.

The Foreign Minister’s visit sends a message about the government’s priorities but also the challenges of reinvigorating relations in the Pacific.

Her visit coincides with a historic, 10-day tour of the Pacific by China’s Foreign Minister Wang Yi, who is set to land in the Solomons on Thursday and in Suva two days after Senator Wong departs.

In Suva, Senator Wong will meet Fiji’s Prime Minister Frank Bainimarama and Henry Puna, the Secretary-General of the Pacific Islands Forum, a top-level diplomatic grouping that has only just avoided collapse.

The body will be at the centre of the widening struggle for influence.

A Reuters report on Wednesday said that Mr Wang would use the meeting in Fiji to make the case to the PIF foreign ministers for a new agreement on security co-operation which would have China train police across the islands.

Policing advisers and equipment from Beijing arrived in Honiara in the months before the Solomons signed the most recent security pact.

The Foreign Minister will deliver a speech to the forum’s secretariat on the government’s “energy and commitments Australia is making to play our part in strengthening our Pacific family”.

“Australia will listen to our Pacific partners as we work together to face our shared challenges and achieve our shared goals – including tackling climate change, pandemic recovery, economic development and regional security,” the minister said.

Prime Minister Anthony Albanese brought commitments on climate change to the centre of his first international appearance and received warm congratulations from Mr Bainimarama, a staunch critic of his predecessor.

Soon after her swearing-in, Senator Wong did the same with a video message to the Pacific in which she said Australia stood “shoulder to shoulder” with the region on global warming.

China announced on Tuesday that it was upping its game, too.

Beijing has spent billions of dollars over more than a decade in a push for soft power in the Pacific that has mixed aid, infrastructure and loans and diplomacy.

But Mr Wang’s tour is of unprecedented length.

He arrives in the Solomons on Thursday and is expected to go through the formalities of signing a security deal that loomed large in the election campaign because it could allow Chinese troops to move into the country.

Australia and New Zealand have been making the case that the pact would violate the Biketawa Declaration, a declaration by the PIF that it would look to both countries first for security assistance.

But speculation is mounting that Mr Wang will on Friday push for another such deal with Kiribat which, like the Solomons, switched diplomatic allegiances from Taiwan to Beijing three years ago, but lies closer to American interests in Hawaii.

China announced plans earlier this week to oversee the upgrade of vital infrastructure in the country.

When he arrives in Fiji, Mr Wang will chair a meeting with foreign ministers at the PIF, whose members’ security interests are variously tied to America, France or New Zealand, but also to China.

In its coverage of the visit, the China Daily quoted Ruan Zongze of the Institute for International Studies: “Unlike certain countries such as the United States and Australia that condescendingly point figures [sic] at South Pacific island countries, China [respects] these countries’ sovereignty and treats them as equals,” Dr Ruan said.

Mr Wang’s tour will also take him to the edge of South-East Asia and a country where Australia has typically been a preferred development partner but where China’s influence is rising: Timor-Leste.

New Zealand Prime Minister Jacinda Ardern said that China’s diplomatic push was not a surprise and the Pacific had long since been a contested region, but she echoed concerns about a possible change to the security dynamic.

“We don’t want militarisation,” she said.

“We don’t want an escalation of tension. We want peace and stability. We will remain firm on those values.”

Labor last month unveiled an election plan to increase development assistance to the Pacific by more than $500 million.