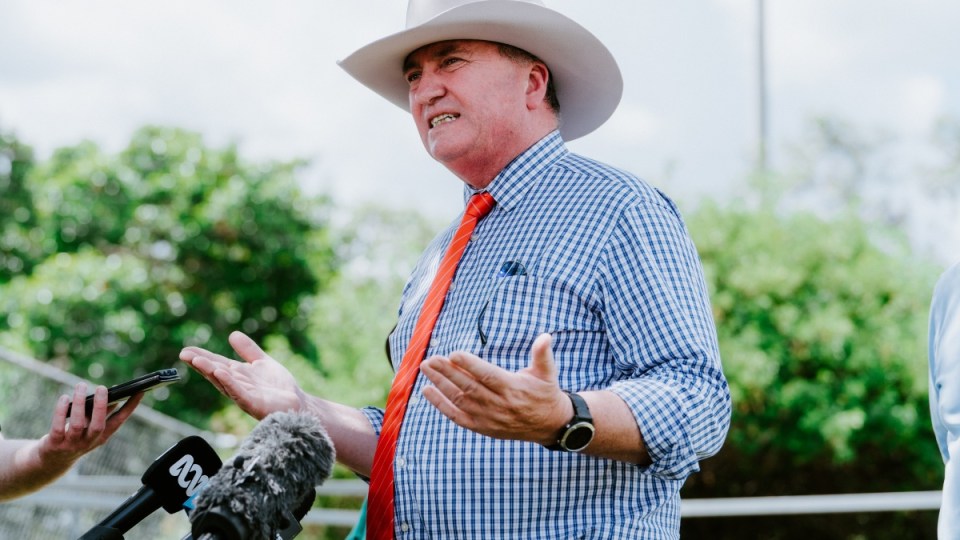 Leader Barnaby Joyce has suggested the Nationals did not suffer the same election swings against them as their Liberal colleagues due to voters knowing what the party stood for.

The Nationals retained every incumbent seat they contested on Saturday, as well as gaining a new senator in NSW.

The party also remains confident it will pick up the Northern Territory seat of Lingiari and the NSW electorate of Hunter.

Mr Joyce said the Nationals were not to blame for the election loss.

“We reflect on the fact that we won every seat that we held. Three of those were seats that had had retiring members. We picked up another Senate colleague, and in many of our seats we had swings to us,” he told reporters in Canberra.

“I’ll let the Liberals have a discussion about Liberal Party issues. The Nationals have done an incredibly good job when the tide was running strong against us.”

The Nationals leader said he would serve out the full term in parliament, regardless of the fortunes of the coalition.

While he congratulated Anthony Albanese on his election win, he promised to properly scrutinise the government.

“We are now an opposition and the first day of opposition we will hold the government to account,” he said.

“We also note that the Labor Party has the lowest vote than they’ve ever had since about 1910. Their primary vote (32 per cent) was lower than what Mr Shorten received at the previous election.”

Mr Joyce says the Nationals success at the election was due to voters knowing what the party stood for.

“The culture of the Nationals is one that when we are in our seats, we believe that we are overwhelmingly the ‘last hope’, Obi-Wan Kenobi, when they’re doing it tough,” he said.

“When people ask for help, we put aside the politics and help them.”

Despite the swings towards candidates and independents pledging more action on climate change, Mr Joyce said the Nationals were not responsible for the loss.

“People in urban areas are not that stupid that they wouldn’t realise that the Nationals are not actually standing in their seats,” he said.

Nationals not to blame for election loss: Joyce