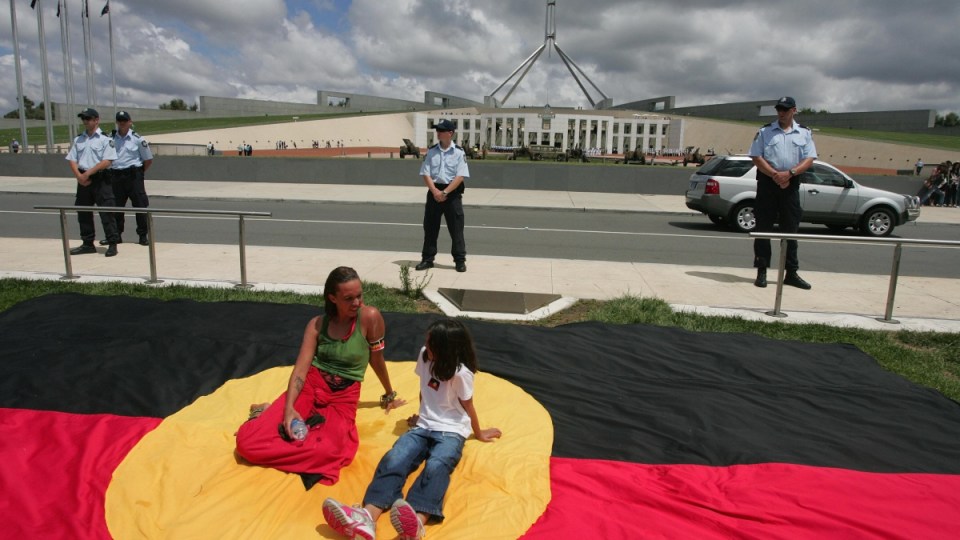 First Nations people are still waiting for greater political recognition since the 2008 apology to the Stolen Generations. Photo: AFP/Getty
opinion

In 1942 Robert Menzies spoke about three homes that all Australians should be afforded the ability to inhabit: Homes material, homes human and homes spiritual.

Eighty years on and these ideas remain consequential.

During this election campaign we have heard about the delivery of homes material, from Labor’s first-home buyer scheme to the Liberals’ incentives for downsizers. We expect support for homes human, like funding for mental health services and aged care.

But sadly neglected is homes spiritual.

Menzies suggested that it is from ‘homes spiritual’ that our courage is derived.

He said, “… the greatest element in a strong people is a fierce independence of spirit. This is the only real freedom, and it has its corollary in a brave acceptance of unclouded individual responsibility.”

Our greatest modern test of national courage, spoken of in timid terms during this election, is the incorporation of an Indigenous Voice to Parliament through our country’s constitution.

Where Indigenous Australians are seeking to embrace unclouded responsibility, to realise homes spiritual through the realisation of the Uluru Statement from the Heart, it is our right and privilege as fellow Australian citizens to simplify that path through constitutional recognition.

Australia voted ‘Yes’ for Indigenous Australians in 1967. If given the chance, as has been suggested during this election by Indigenous leaders, on January 27, 2024 we can again vote yes.

With a Voice model and a viable Constitutional solution, I believe that the Liberal Party now has the chance to take on a natural role as facilitator of an enshrined Voice to Parliament.

Prime Minister Harold Holt, a great Liberal reformer, delivered a rare, successful referendum to give Indigenous Australians the vote in 1967.

In its most recent term, the Liberal National government has updated our national anthem (“we are one and free”), reclaimed the Aboriginal flag from private ownership, committed to the development of the Ngurra precinct in Canberra, and undertaken the co-design process necessary to move towards a successful referendum for a Voice to Parliament.

The leadership of Professor Marcia Langton and Tom Calma has given form to The Voice model through an in-depth process of co-design and consultation with Indigenous communities across the country.

The form consists of Local & Regional Voices and a National Voice to provide non-binding advice to Parliament. The bipartisan work on co-design of respected politicians Julian Leeser (Liberal) and Pat Dodson (ALP) has garnered growing support within the Parliamentary wings of both major parties.

To enshrine the model, a Constitutional addition has been suggested by eminent constitutional lawyer, Professor Anne Twomey.

It suggests the insertion of Section 127, reading:

Barnaby Joyce has erroneously used the phrase ‘Third Chamber of Parliament’ to describe an early proposal. Since then, he apologised unreservedly for the mischaracterisation and said, “we’ve got to take this debate forward in a form that succeeds”. That form now exists.

In case you haven’t read it, Australia’s constitution is a legal document that very literally directs how our country is to be administered. It is dry and prescriptive.

As prime minister in 2006, John Howard suggested Indigenous Constitutional Recognition by way of a preamble. He opened the conversation to a new audience, but in my view, a preamble is not an appropriate inclusion in the constitution. It does not fit with the legal nature or directive intent of the document. The constitution should remain a text of governance, which is why a mechanism for a Voice to Parliament appropriately fits within it.

As Australia’s Indigenous leaders gather and offer referendum dates to politicians that will define race relations for a generation (for better or worse), imagine the courage required. To say: “On this date I will respect a vote of fellow Australians to recognise my cultural identity in the (relatively) recent fabric of this nation’s governance.”

To seek the responsibility of self-governance, not to divide or gain power, but through an acceptance that little else has worked to shift the entrenched inequality of opportunity in pursuit of fairness. To act with the confidence that there is a solution, driven by self-assuredness, but not self-centredness.

When we create a vision for Australia, it should be founded on the notion that the human spirit can flourish best when given the freedom to speak and act, rejecting the paternalism that flows from regulation without representation.

It is the shame of this nation that so many of its first people are so far behind.

Understanding what we value as a society, a fair go, egalitarianism, means considering what we reject. 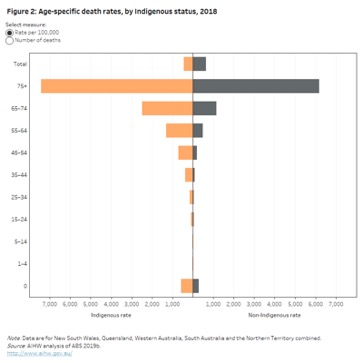 We reject a sense of inevitability about the shocking inequality of life expectancy between Indigenous and non-Indigenous Australians. A difference of eight years for women and nine years for men. In rural and remote communities it is more like 15 years. We reject that the character of our nation should be anchored by the hurt and shame of invasion.

And through these rejections we naturally accept that what we have been doing isn’t working for everybody.

We accept that we must try something new, an idea from the maligned and affected that can be shared by the many. We accept an offer of Indigenous Australians to take recognised responsibility for progress as an inherent part of Australia’s home spiritual.

We act with courage when our leaders turn to Australians for guidance.

Jacqui Munro is a public affairs consultant by weekday and can be found campaigning in Liberal blue on weekends.