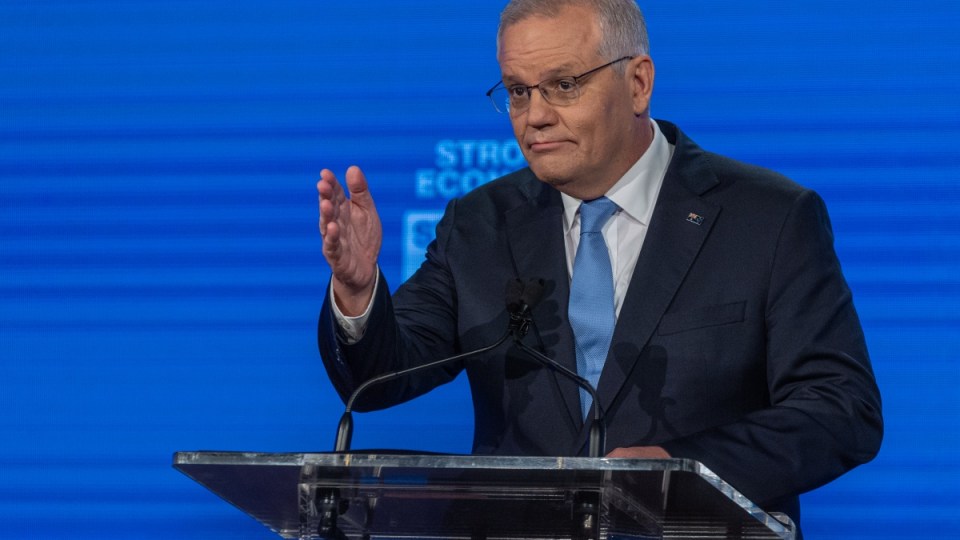 When he mounted the stage as a warm-up speaker at Sunday’s Liberal launch, Josh Frydenberg received a reception beyond the obligatory enthusiasm required of the hand-picked party faithful at these affairs.

“Wow – I wish I got that reception in Kooyong,” the deputy Liberal leader and Treasurer quipped.

Frydenberg, fighting a desperate battle to survive against the teal invasion in his Melbourne seat, had already been on ABC Insiders with a defence of Scott Morrison, and various government policies, that wouldn’t do him much good with his local voters.

It might have been all hands to the wheel for launch day, but the Brisbane gathering failed to project the image of a party on the verge of defying the odds to score a triumph.

Morrison’s message was that he and the government had seen the country successfully through the pandemic, and now he had plenty of ideas for the future.

He’d already told us he won’t be such a bulldozer if he wins again, though it’s unlikely people will be convinced we’d get the purring engine of a Mercedes.

In his over-long Sunday speech (about 50 minutes) with too much detail, Morrison thanked his audience for their patience, “but as you can see, I’ve got a big plan. I’m seeking a second term because I’m just warming up.”

Outlining the government’s achievements during COVID, Morrison said: “Not everything went to plan but, you know, when it didn’t, and while others were criticising, we just worked feverishly to turn it around and make up the ground. What followed was the largest economic and public health response in Australia’s history.

“We now stand on a different edge […] One where fear doesn’t dominate, but aspiration. […] We stand on the edge of a new era of opportunity.”

The launch’s policy centrepiece – allowing first-home buyers to access up to 40 per cent of their superannuation, to a maximum of $50,000 – is likely to be popular.

It acknowledges housing affordability as a big issue with many people, and also contrasts with Labor’s offering of the government taking a slice of ownership to help some people into homes.

There’s been a good deal of pressure to allow first-home buyers to access their super. When the government allowed people to dip into this asset to cushion them through the pandemic that was welcomed by many.

But there is the counter argument that it is desirable to keep super savings intact for their purpose – to provide for retirement. The government’s partial answer is that the money (with a portion of any capital gain) would have to be put back into super if the house was sold.

And critics will point to another issue. By helping on the demand side, the scheme may drive prices higher. The central problem is on the supply side, but solutions to that lie mainly with state governments rather than the federal government.

Morrison did unveil a modest measure on supply – reducing from 60 (which is coming in July 1) to 55 the age at which “downsizers” can make contributions to superannuation of up to $300,000 per person from the proceeds of a sale.

Pensioners would also have longer (two years instead of one) to restructure their assets after selling their home, without affecting their pension.

The opposition immediately matched the empty nesters and pensioner initiatives.

But Labor predictably rejected the plan for dipping into super. Former prime minister Paul Keating denounced it, as a “frontal assault” on the superannuation system.

“The superannuation taxation concessions exist solely to produce a retirement income for people. Its key is preservation. Accumulated funds preserved to age 60 so working people secure the power and benefit of compounding,” Keating said in a statement.

The government immediately circulated Labor’s 1993 election housing policy, which undertook to “allow all home buyers to fund up to 49 per cent of the deposit for a home from their accumulated superannuation savings”.

View from The Hill: Scott Morrison tells Liberal launch ‘I’m just warming up’ as he pitches on home ownership