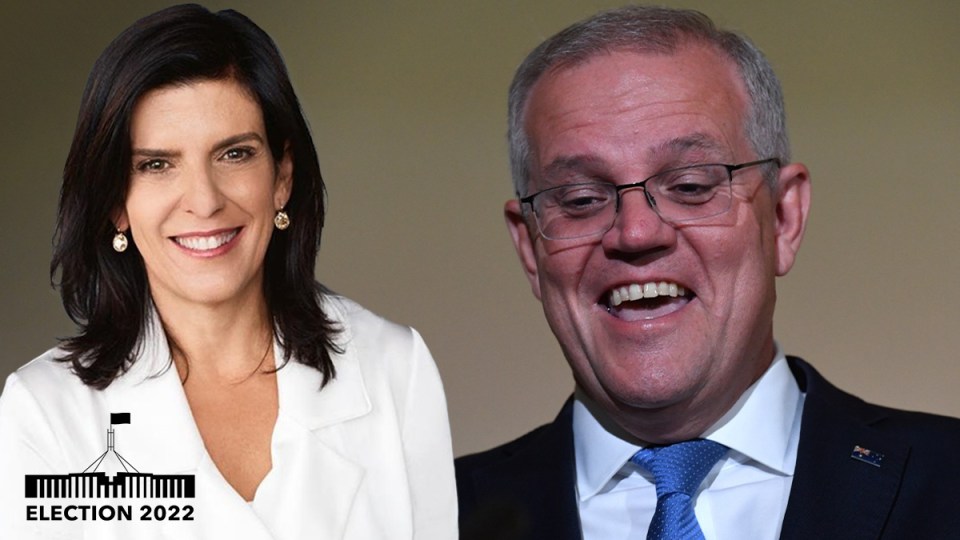 One of my greatest honours was when I was invited, as a member of Parliament, to attend the unveiling of the portrait of our first female prime minister Julia Gillard.

All MPs from across political parties are invited to these significant occasions.

The event occurred during a personally turbulent time for me in the Parliament – it was just after the coup against Malcolm Turnbull, when I’d announced I wasn’t going to recontest the next election under Scott Morrison’s leadership.

Partisan politics is normally absent on such occasions, but I was one of only about four Liberal MPs who attended.

The ‘no-show’ of the newly installed prime minister, Scott Morrison, and most of his government MPs and ministers, was a stark show of disrespect.

A few weeks later, at another historic moment, Morrison and most of his MPs were a ‘no-show’ again, but in a different way.

This time they all walked out of the House of Representatives chamber just as Dr Kerryn Phelps, who had dramatically won the seat of Wentworth in the by-election, rose to make her first speech.

The day after, in the same chamber, I rose to make a speech announcing I was quitting the Liberals and joining Phelps and other Independents on the cross bench.

And the chamber emptied as the backbench MPs, who had been tipped off as to its content, walked out. En masse.

Some may regard this sidelining of women in these official scenarios as a small thing. Even petty or superficial.

But if you scratch the surface, a deep vortex of brutal disrespect is revealed by Morrison and his government.

It’s harnessed by a dark patriarchal thread of misogyny and sexism, not just in the Parliament House workplace, arguably the most unsafe workplace in the country, but for all Australian women who work.

The incompetence, mismanagement and lack of accountability during Morrison’s term not only amplified the toxic anti-women workplace culture in the party, but also its lack of commitment and delivery to ensure respect, safety and equity for all women in the workplace.

The comprehensive Respect at Work report languished for months and was only reviewed amid the public controversy with regard to women. The 55 recommendations could have readily been applied to all workplaces, including Parliament House.

But instead, we saw the government’s delaying tactics in the form of countless ‘investigations and inquiries’ followed by ducking, weaving, platitudes and announcements.

Meaningful law reform for women in the workplace was put on the back burner, including putting the ‘positive duty on the employer’ to eradicate sexual harassment.

This reform would have changed the workplace landscape just as, back in the day, occupational health and safety reform reduced the incidence of workplace injuries and deaths in the manufacturing sector.

Our country’s future not only depends on making our workplaces safe for women, but there is also the critical need for investment in jobs – particularly in care sectors, largely occupied by women – and for expanding the paid parental scheme and making child care and early childhood education more accessible and affordable.

Investment in social infrastructure and increasing women’s workforce participation is an urgent imperative.

The Morrison government needs eye surgery to shape policy and the economic plan through a gender lens, but under the blind gaze of Morrison’s leadership, it has taken shape in ‘his workplace’ and, notably, his party room.

To address any mystique which might exist about how his party room works and how he ‘runs the show’ – suffice to say he chairs the meeting with his signature style ‘shouty buffoon meets bully with a smirk’, and this often barely conceals his inherently sexist views about women in ‘his workplace’.

Once a female minister said to me after a meeting: “I really believe Scott doesn’t get, let alone respect, women like you and me – you know, women who have careers and kids and who aren’t stay-at-home mums.”

In these meetings many of his MPs, mainly blokes, openly share their sexist pearls of wisdom about ‘women’s work’.

Recently, when childcare subsidies were discussed in the party room, one MP suggested that “working women were outsourcing parenting”, although some moderates ‘spoke up’ at that meeting, while others were probably texting ‘eyeroll’ emojis to each other.

The disturbing fact is that these male MPs were shaming women for using child care, as opposed to seeing childcare reform as helping working families and increasing women’s workforce participation, which would be of significant economic benefit to our country.

Unlike the Liberals who persist with their meritocracy myth, seemingly oblivious that they’re not exactly brimming over with talent, the Labor Party has nailed the “numbers” game with regard to women with their quota system.

Numbers aren’t everything, but equal numbers of men and women in decision-making positions change the dialogue and culture.

This may largely account for the alternative prime minister, Anthony Albanese, making it clear that his government will implement the “positive duty on the employer”, address the gender pay gap, and implement a childcare policy through a social reform lens, while noting that it’s not about welfare.

Respect must be earned

Morrison seems aware that he needs the ‘women’s vote’ but is blissfully unaware that respect must be earned, and it’s usually mutual.

He said: “You may not like me that much, but that’s not the point.” Rather, “the point” is that he consistently shows a lack of respect towards women.

It’s shown in large ways and small: “We both respect females in the workplace …” Morrison said at a forum – not only a jarring reference to ‘females in the workplace’, as if working women are some form of rare species, but also creating another falsehood by wrongly co-opting Albanese, who, based on my experience and that of countless others who have either met or worked with both men, is a decent and respectful man.

I‘d never met Gillard, so I lined up in the queue after the unveiling.

The cameras were clicking furiously, and I knew the microphones would be on. So, when it came my turn, I whispered quietly so that only she could hear, and thanked her for ‘everything she had done for women’.

Obviously aware it had been a stressful time for me, she warmly whispered back while we were still shaking hands, “you know how to get my number – if you want a confidential chat”.

Despite the difference in our political status – and our politics – I saw it as a shared connection of mutual respect. And it was such a warm and embracing gesture – one which I shall never forget – from a former prime minister for whom I shall have enduring respect.

Julia Banks: Respect at work starts at the top