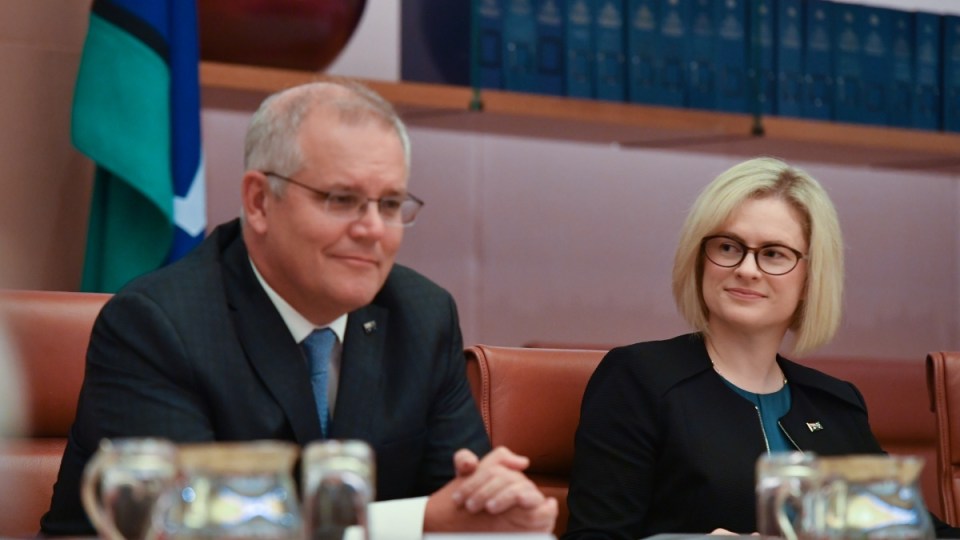 Prime Minister Scott Morrison has defended the decision of one of his ministers to speak at an anti-abortion rally.

Amanda Stoker, who is the Assistant Minister for Women, attended the annual Cherish Life Queensland rally in Brisbane on Saturday.

She was joined by fellow LNP senator Matt Canavan and One Nation’s Malcolm Roberts.

Mr Morrison, campaigning in the marginal South Australian seat of Boothby, did answer when he was asked if he agreed with Senator Stokoer’s views on abortion.

It came after a leaked draft report apparently showed the US Supreme Court is set to overturn the landmark Roe v Wade decision that legalised abortion across the nation.

The leaked report, which has been confirmed as genuine, has sparked protests across the US, where abortion is still a divisive issue.

But Mr Morrison said the ruling had no bearing on Australia.

“There is no change to policy on that issue. I’m aware of the reports that are coming out of the United States, but that’s in a different country,” he said.

“In Australia, there are no changes to those laws.

In the US, protesters on both sides of the abortion debate have faced off with chants, prayers and signs outside the Supreme Court, hours after the draft opinion leaked.

Demonstrators on the footpath just beyond the barricaded marble steps of the courthouse across from the US Capitol in Washington, boisterously but peacefully voiced a mix of support for and opposition to ending the constitutional right to abortion nationwide.

Several dozen anti-abortion activists dominated the protests early in the day, beating on drums and chanting through megaphones: “Pro-choice is a lie, babies never choose to die”, and “Abortion is violence, abortion is oppression”.

One man wearing a pink sweatshirt in support of Roe v Wade tried in vain to tamp down the chants of an anti-Roe protester by holding his hand over her megaphone.

Abortion rights advocates shouted back, “Off our bodies” and “abortion saves lives”. Others held signs reading, “Abortion is healthcare” and “Abortion is not a dirty word”.

One sign displayed by a group identifying as Roman Catholics supporting abortion access said: “Thou shalt not steal my civil rights”.

But by late afternoon, a growing assembly of hundreds of abortion rights demonstrators held sway.

“It makes me very afraid. I feel very sorry for … young women. You’re starting all over again,” Roe v Wade supporter Paula Termini, 70, a nurse who has worked in delivery rooms and Planned Parenthood clinics, told Reuters outside the court.

“It’s going to take a long time to get those gains back again.”

It appeared the protests in Washington were a prelude to mass rallies planned for later in the day in cities across the country, including Atlanta, Chicago, Los Angeles, New York and Philadelphia.

Several hundred demonstrators demanding the protection of rights for women to end their pregnancies assembled early in the night in lower Manhattan’s Foley Square, waving signs with slogans including “Bans Off Our Bodies” and “Abortion is Freedom”.

The national Women’s March organisation urged supporters to bring their families and signs to afternoon demonstrations at “courthouses and federal buildings everywhere”.

One of the more colourful acts of anti-abortion protest earlier in the day emerged in San Francisco, where a man calling himself the Pro-Life Spiderman scaled a downtown skyscraper while posting video footage of his climb on Instagram.

In Oklahoma, Governor Kevin Stitt signed a bill on Tuesday banning abortion after six weeks of pregnancy, immediately outlawing almost all abortions in the state.

The law, passed by the Republican-led legislature, relies on private citizens to sue providers or anyone who “aids or abets” an abortion after six weeks.

It is modelled after a Texas law that has withstood legal challenges since it took effect in that state in September.

The ban, one of several anti-abortion bills Oklahoma politicians approved this session in hopes at least one will withstand legal challenges, takes immediate effect with the Republican governor’s signature.

“I want Oklahoma to be the most pro-life state in the country because I represent all four million Oklahomans who overwhelmingly want to protect the unborn,” Mr Stitt said on Twitter.

Sydney home sprayed with bullets in gang violence
Jacqui Munro: Our next government must take up the tax reform gauntlet
Today's Stories