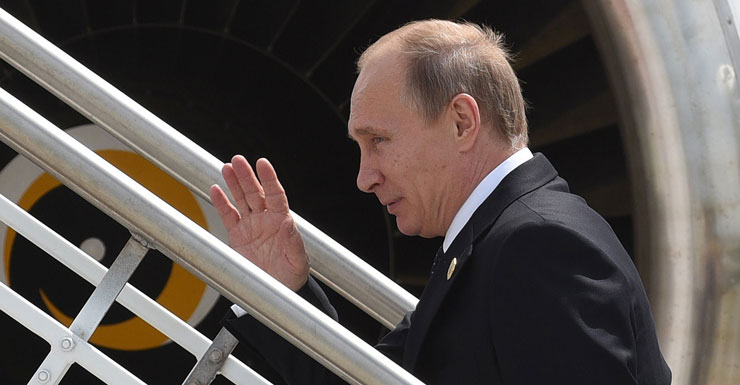 Vladimir Putin has always been a major player at G20 summits, but this year's gathering will be different. Photo: Getty

Prime Minister Scott Morrison says there is no rush to deal with the issue of Russian President Vladimir Putin attending the next G20 leaders’ summit.

“The membership of the G20 is a matter for the G20, but we’ve made our views on Mr Putin very clear,” he said.

Mr Putin and Ukrainian President Volodymyr Zelensky have agreed to attend the G20 summit to be held in Bali in November.

Russia is a member while Mr Zelensky would attend as an invited observer.

G20 host leader and Indonesian President Joko Widodo has spoken with Mr Zelensky and Mr Putin, urging them to end the war and offering to play a role in peace negotiations.

Indonesia has rejected the Ukrainian leader’s request for arms on constitutional and foreign policy grounds, but instead will send humanitarian aid.

Mr Morrison told reporters in Sydney on Sunday the issue of Mr Putin’s attendance “still has some distance to travel”.

He said Australia would consult with other like-minded countries, but the key was to ensure the Indonesian summit was successful.

“We don’t know what the situation (in Ukraine) will be in November of this year,” Mr Morrison said.

He said he had been working with the Indonesian president on ensuring the summit held a comprehensive discussion on online safety.

“We want to ensure that Indonesia has a successful G20,” he said.

“We’ve been very clear – the United States have and Canada and others – we are very concerned about sitting across the table from someone who has been, pretty rightly, accused of war crimes.”

A decision on whether Mr Albanese would attend, if elected to government, would be “for others to make”, Dr Chalmers said.

The Stats Guy: What does tourism in Australia look like now that travellers are returning?
Slate of new drugs added to Pharmaceutical Benefits Scheme
Today's Stories

Scott Morrison: Plenty of time to decide how to handle Putin at G20 summit