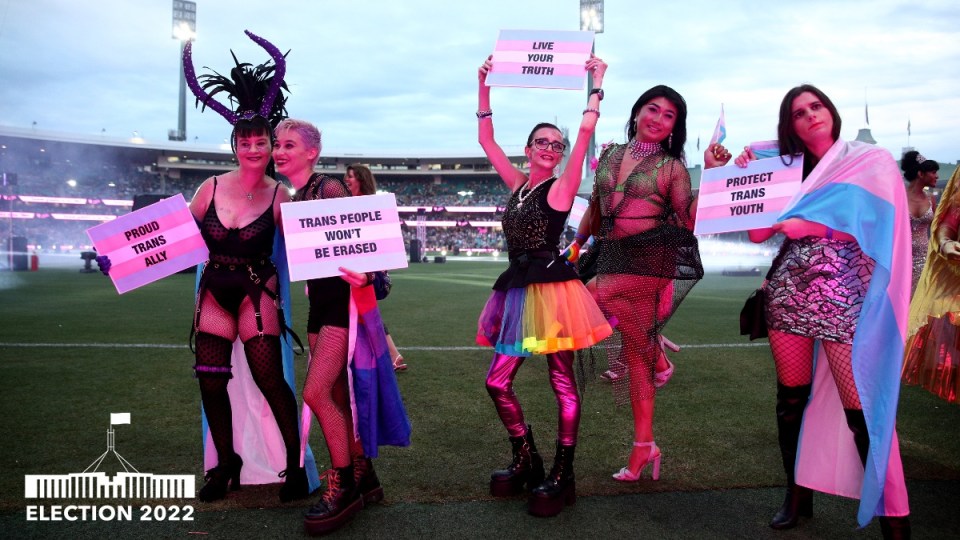 Trans men and women don't deserve the abuse coming from the conservative side of politics, Daniel Andrews says. Photo: Getty

Mr Andrews has gone into bat for trans children competing in school sports competitions, attacking the federal Coalition for standing by Warringah candidate Katherine Deves after her long history of comments considered transphobic.

“Seems to me that the adults in this debate are altogether more cruel than the kids, and that’s a damning indictment on those who are pushing this,” he told reporters on Sunday.

“What’s next? A trans girl can’t play a female role in the school play?

“Like, is this the biggest issue in our nation today? I don’t think it is.

“And I think only desperate people, who are into wedge politics, who are trying to deflect from the fact that they have been in power for almost a decade and they’ve done precisely nothing with it, would push this.”

The Premier argued sporting bodies have already established protocols for trans women competing at the professional and elite amateur levels, and suggested the school sports aspect was a non-issue.

‘Not easy to be trans’

He said no school community, parent or teacher has raised the subject with him during his 20 years in Victorian parliament.

“Trans kids are 15 times more likely to self harm. I don’t think this debate is doing any of those young Victorians any good, or their parents,” Mr Andrews said.

Ms Deves, who was hand-picked by Prime Minister Scott Morrison for the seat in Sydney’s north, has been a vocal campaigner to ban transgender women from playing in women’s leagues, likening her protests to trying to stop the Holocaust.

She has apologised for her extensive comments but avoided media on Friday night at a “politics in the pub” event at the Forestville RSL.

However, Mr Andrews’ stance also appears to put him at odds with federal Labor leader Anthony Albanese who said his party’s stance was in line with the Sex Discrimination Act.