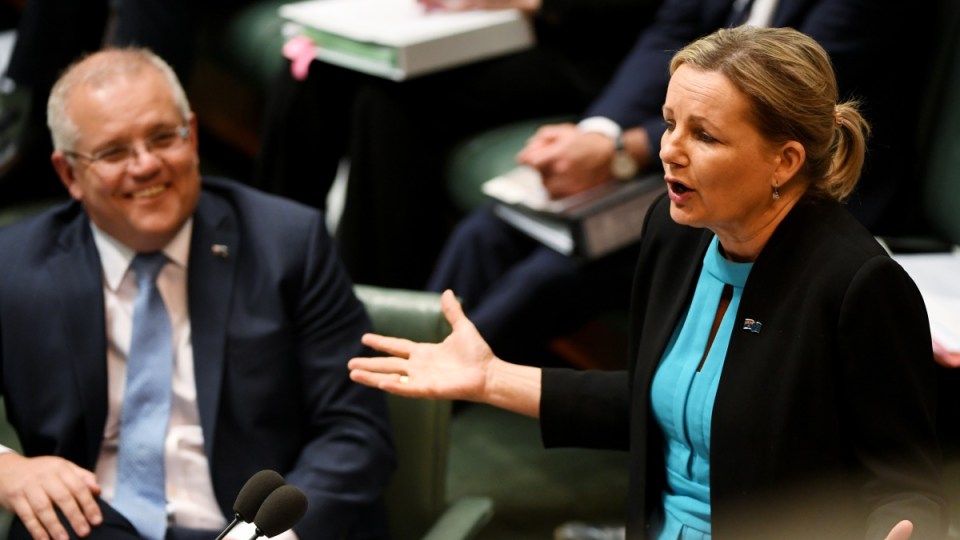 Environment Minister Sussan Ley has alluded to branch-stacking allegations in her own seat, saying an influx of people with “different agendas” resulted in her calling in the Prime Minister to intervene.

Ms Ley said she didn’t let the normal voting processes play out during her preselection in the rural NSW seat of Farrer because of undemocratic factional games.

“A large number of people joined my branch. It became clear to me there were different agendas, probably an agenda to unseat me,” she told the ABC.

“People have heard of factional games in the cities … but it’s never been how we’ve done things in rural Australia.”

Ms Ley said factions did not play a big role in the bush, with people being more concerned about whether they had met their local member and whether their office had helped them.

“My ethos is we serve the people’s needs, we don’t talk about factional issues and whose side you’re on. What you see is what you get because country people can see straight through anything else,” she said.

“When [preselection] is derailed by factional games, or hidden agendas, or by agendas that aren’t about the best possible outcome for the people, then an intervention is appropriate.”

Some members of the Deniliquin Liberal Party branch will write to the state executive, angry that Mr Morrison bypassed locals’ rights to select their own candidate.

But branch member and Ley-supporter Shirlee Burge backed the branch stacking allegations, telling the Deniliquin Pastoral Times newspaper almost 20 members had joined since January 2020, when the branch had previously struggled to hold 11 members.

“If we had gone to a preselection vote, Sussan Ley would have been voted out because we were branch-stacked. End of story,” Mrs Burge is quoted as saying.

Deniliquin is one of the larger towns in Ms Ley’s seat of Farrer.

My Ley said Mr Morrison had sent a “really strong message to women”.

On Friday afternoon, the High Court will hear an application to challenge a decision in the lower courts on the ongoing battle over Liberal preselections in NSW.

Have the Logies lost their mojo, or do new awards and the rise of the streamers signal a rebirth?
Labor candidate for Hughes withdraws over Section 44 eligibility
Today's Stories