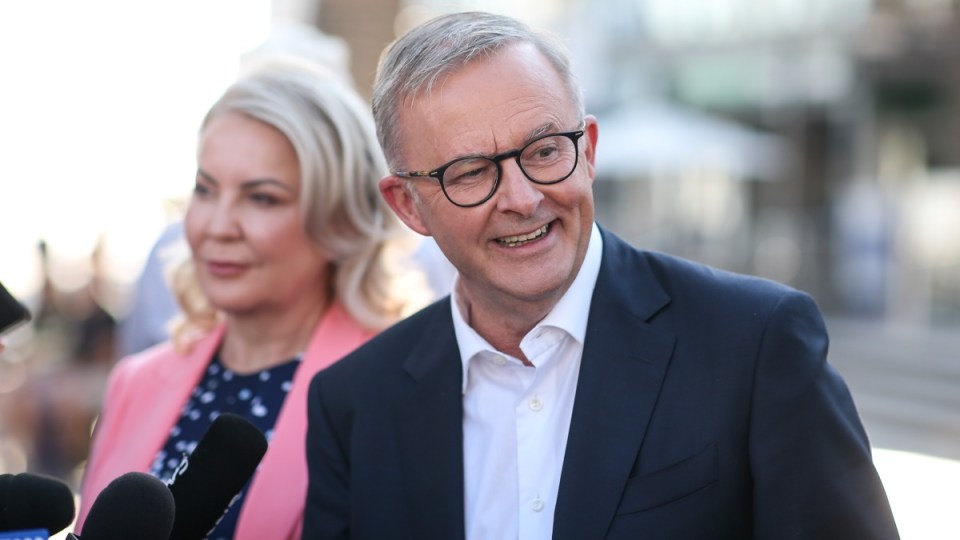 Opposition Leader Anthony Albanese has extended an unlikely offer to Prime Minister Scott Morrison as speculation continues about the date for a federal election.

“I’ve got to say, I feel like putting in a phone call to the Prime Minister, if he doesn’t know whether Governor-General lives, and offering him a lift to The Lodge to call this election,” Mr Albanese said, on the faux campaign trail in Adelaide on Friday.

In fact, the Governor-General’s residence is Yarralumla, while The Lodge is the official Canberra home of the prime minister.

The Labor leader said it was “rather bizarre” that Mr Morrison had not yet set a date for voters to go to the polls.

“Because this absurdity of not having the election called so that he can continue to spend taxpayer funds on election ads in the name of the government, but they are really about promoting the Liberal and National parties, and so that he can continue to make these extraordinary appointments that the Administrative Appeals Tribunal, to the Productivity Commission, to the Arts Council,” he said.

“Surely there are now no more Liberal former state MPs, federal MPs, local counsellors or males to appoint to these bodies. Enough. Call the election, let the Australian people decide.”

A federal election must be held by May 21, and must be called by April 18.

Mr Morrison appears likely to call it this weekend, even as a Liberal Party stoush continues in the courts.

He was in Melbourne on Friday for a ground-breaking ceremony for the Hanwha Armoured Vehicle Centre of Excellence, as he continued to spruik federal budget initiatives and honed his attack on Labor.

He also brushed off concerns he was unpopular in Melbourne and parts of Victoria, after Liberal MP Katie Allen said voters were not happy with the prime minister – and his unpopularity could hurt her re-election chances.

Dr Allen represents the Melbourne seat of Higgins. It is a must win electorate for the Coalition, with the Liberals holding it by just 3.8 per cent.

“They’re not so happy with Scott, there’s no doubt about that,” Dr Allen told the Nine newspapers of her constituents in what was previously a blue-ribbon Liberal seat.

But Mr Morrison shrugged off the concerns.

“When you’re prime minister, you’ve got to be strong, you’ve got to be resilient … I accept that not every decision that I’ve taken over the last three years has met with everybody’s agreement,” he told Melbourne radio 3AW.

He accused Mr Albanese of “wanting a quick little election” to escape the scrutiny of voters.

“At least Bill Shorten was up front with people about what he was going to do,” Mr Morrison said.

But Labor Deputy Leader Richard Marles hit back, saying the government had doubled Australia’s debt before the pandemic began and branding the budget’s “stand-out stat” as being nine years of stagnant wage growth.

“We’ve had record low wage growth in Australia. That’s because under this government productivity has fallen through the floor,” he told the Nine Network.

“Cost of living is a real issue – the crunch is there because wages are stagnant. That’s why we’re taking measures like making childcare more affordable, making TAFE free, trying to lower power bills.

“At the end of the day, we have to get wages going.”

Elsewhere, Mr Morrison is awaiting the result of a special leave application to the High Court by expelled NSW Liberal member Matthew Camenzuli.

Mr Camenzuli is challenging the federal executive’s ability to intervene in the selection of NSW Liberal candidates for the election.

The High Court will decide whether to allow special leave to hear the application at 4pm on Friday.

A senior Liberal figure said this would effectively mean “game over” for the Morrison government.

The Coalition is well behind Mr Albanese’s Labor team in published opinion polls.

An average of polls, published by election analyst William Bowe, puts Labor on 55.3 per cent of the two-party preferred vote – a 6.8 per cent turnaround on the 2019 election result.