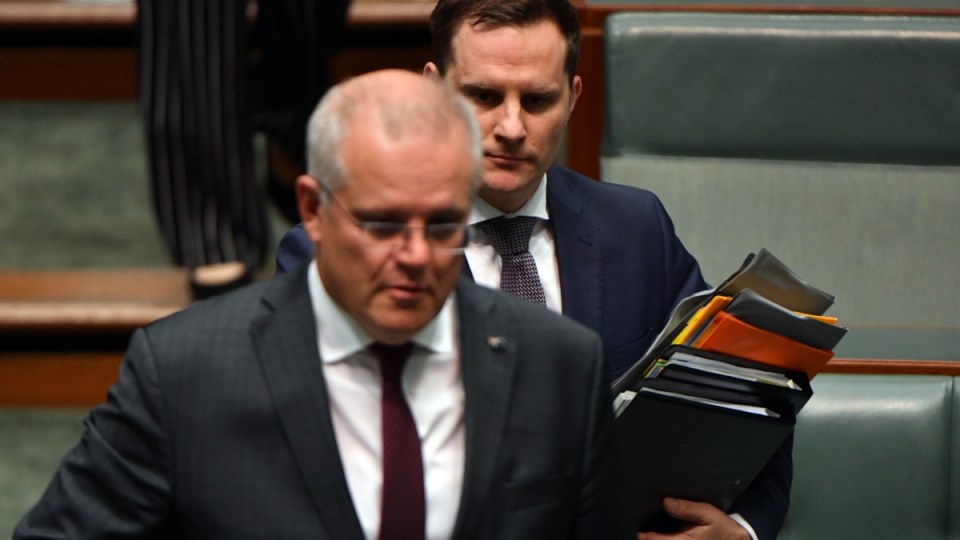 Liberal Party members are disgruntled over preselections in NSW, partly made by Scott Morrison and Alex Hawke. Photo: AAP

An application to challenge a decision in the lower courts over the preselection of NSW Liberal candidates will be heard by the High Court.

The High Court will hear the special leave application by former Liberal Party member Matthew Camenzuli at 4pm on Friday.

Justice Stephen Gageler resolved to expedite the matter given a federal election is due to be called any day.

Lawyers for the parties must prepare applications and responses by 2.45pm on Friday, extending the long-running stoush between Prime Minister Scott Morrison and members of the NSW Liberal branch.

The NSW Court of Appeal on Tuesday rejected a legal challenge fronted by Mr Camenzuli, who sought to have the “purported” preselection of the MPs declared invalid.

Mr Camenzuli then lodged an application for leave to appeal the decision in the High Court.

Are you an undecided voter living in NSW? The New Daily wants to hear from you as part of a weekly series counting down to election night. Email us at editorial@thenewdaily.com.au if you are interested in taking part.
-AAP