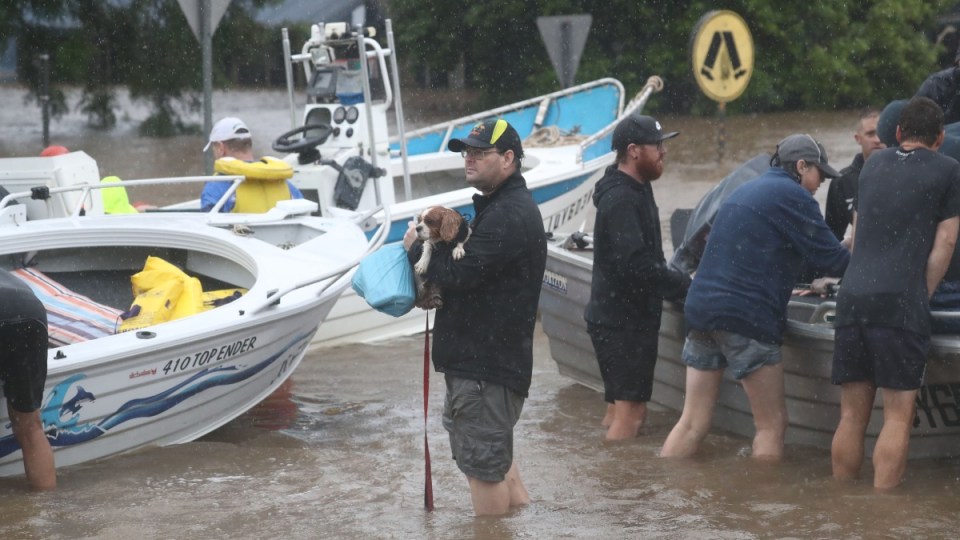 A senior official from the Department of Prime Minister and Cabinet has told senators that members of the Australian Government Crisis and Recovery Committee considered a declaration at three meetings in the lead-up to Mr Morrison’s announcement.

The first meeting discussing the possibility was held on February 27, the same day Lismore’s flood levee was breached.

Two other meetings followed, with the final held a day before the declaration.

“As we watched the persistent nature of the weather event unfold, we realised we were watching something that might lead us down that path,” the official told a Senate estimates hearing on Thursday.

Mr Morrison visited the regional city in NSW’s north-east on March 9, having finished his week-long COVID-19 isolation. He declared a national emergency for the state that same day.

Mr Morrison defended the delay, telling parliament the state of emergency assisted with recovery efforts after the flood event.

“It does not trigger payments or ADF involvement,” he said in question time on Thursday.

“Those two things are the things we did immediately.”

An emergency declaration gives the federal government the ability to quickly send resources and respond to disasters by streamlining processes.

The hearing was told the decision to make the declaration rested with Mr Morrison, who had to be satisfied the crisis could cause “nationally significant harm”.

Mr Morrison told parliament he consulted with the premiers of Queensland and NSW before making the declaration.

“The Premier of Queensland did not wish us to declare a state of emergency in Queensland, I listened to her and I took her advice. The Premier of NSW was happy [for us] to do so,” he said.

Labor senator Murray Watt asked if Mr Morrison had waited to make the announcement once he had come out of isolation for the publicity and media attention.

“This is a Prime Minister who is well known for his addiction to marketing and making announcements,” Senator Watt said.

“You’re telling me it’s just a coincidence that he waited until the day he came out of isolation when he could be in Lismore surrounded by TV cameras, before he declared a national emergency.”

Senator Simon Birmingham said Senator Watt “enjoyed a cheap shot”, as the declaration was made following the latest meeting by officials providing information.