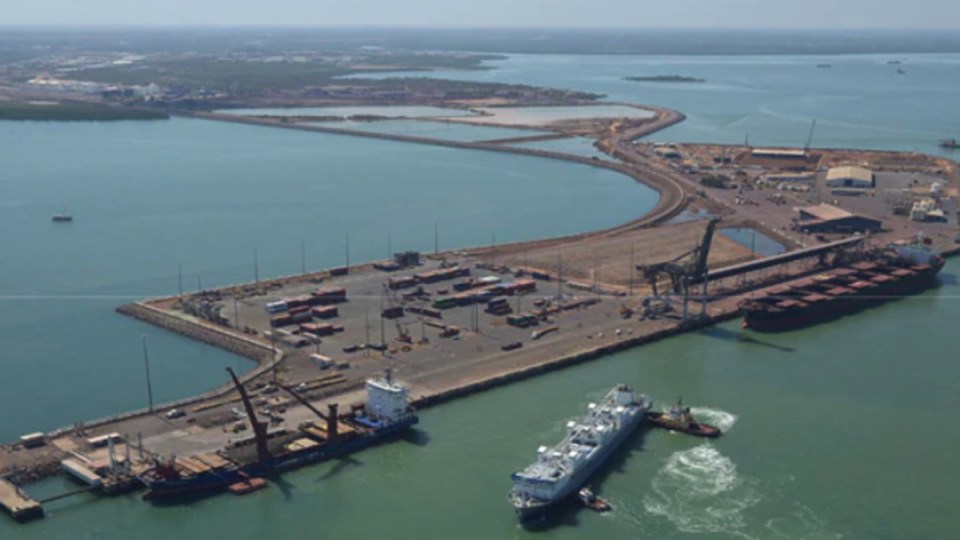 Defence Minister Peter Dutton has left the door open for a new Darwin seaport amid concerns about a Chinese company’s lease of the current port.

Defence reviewed the security implications of the port’s 99-year leasing arrangement with China’s Landbridge Group but found no national security grounds to recommend the federal government overturn the deal.

Infrastructure Minister Barnaby Joyce has flagged $1.5 billion for “new port infrastructure” in Darwin. The ABC said on Thursday it understood the funds refer to a new port to be announced during the upcoming election campaign.

Mr Dutton did not rule out the possibility of a new Darwin port when pushed on the issue on Thursday.

“There’s a massive commitment from the government into the Northern Territory and that does look at port development and ways in which we might be able to look at support through contracts in defence for example,” Mr Dutton said in Canberra.

“We will have more to say about that in due course.”

But the first assistant secretary of the national security division in the prime minister’s department told a Senate hearing it was his understanding the money was for modifications to the existing port.

“It’s a facility within the existing port is what’s been described,” Lachlan Colquhoun said.

Finance Minister Simon Birmingham also appeared to walk back some of the speculation, saying there were new infrastructure measures across the country, including in relation to the port.

“That includes particular investments just outside of Darwin, supporting an industrial precinct there that has huge opportunity to be a growth engine for the territory economy and a wealth generator for Australia,” he said.

“It was not a sale subject to Commonwealth government approval at the time. If it happened today – thanks to the changes our government made to Australia’s foreign investment laws – it would be subject to direct approval.

“I would suspect it will not receive that approval.”

Prime Minister Scott Morrison previously said the federal government would act in relation to the port lease only “if there is advice from the Defence Department or our ­security agencies that change their view about the national security implications of any piece of critical infrastructure”.