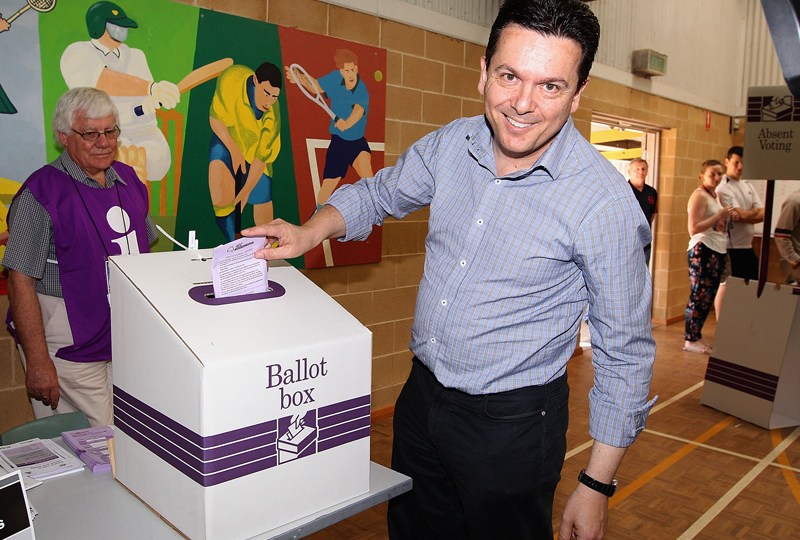 Former senator Nick Xenophon is one of the later entrants to the looming federal election race. Getty

Parties across the political spectrum are scrambling to finalise their candidates before the federal election is called.

Almost five years after he resigned from the Senate amid uncertainty over whether he was a dual citizen, Mr Xenophon last week announced he will stand at the looming federal election.

But Senator Patrick told ABC radio he had urged Mr Xenophon to announce his run before Christmas.

“He’s entered the race now with his name below the line … He’s got very few volunteers and will likely have very little in the way of donations [and] that makes it really, really hard,” he said.

He said if Mr Xenophon was not successful, the seat could be lost to One Nation.

In his own case, Senator Patrick said he had not yet decided whether to run again for the Senate or for the lower house seat of Grey.

“I’ve got to think long and hard about what I do to make sure I make the right decision – the best decision – for South Australia,” he said.

Meanwhile, Liberal candidates for NSW in the upcoming federal election will soon be finalised after the party’s federal executive resolved to intervene in selections.

A committee made up of Prime Minister Scott Morrison, NSW Premier Dominic Perrottet and former federal Liberal president Christine McDiven will have control over the NSW branch until Saturday, April 2.

They must select candidates for the seats of Eden-Monaro, Fowler, Grayndler, Greenway, Hughes, McMahon, Newcastle, Parramatta and Warringah by that deadline, in preparation for an election to be called.

Mr Morrison is widely expected to call an election later this week, after the federal budget is handed down on Tuesday.

The election must be held by May 21.