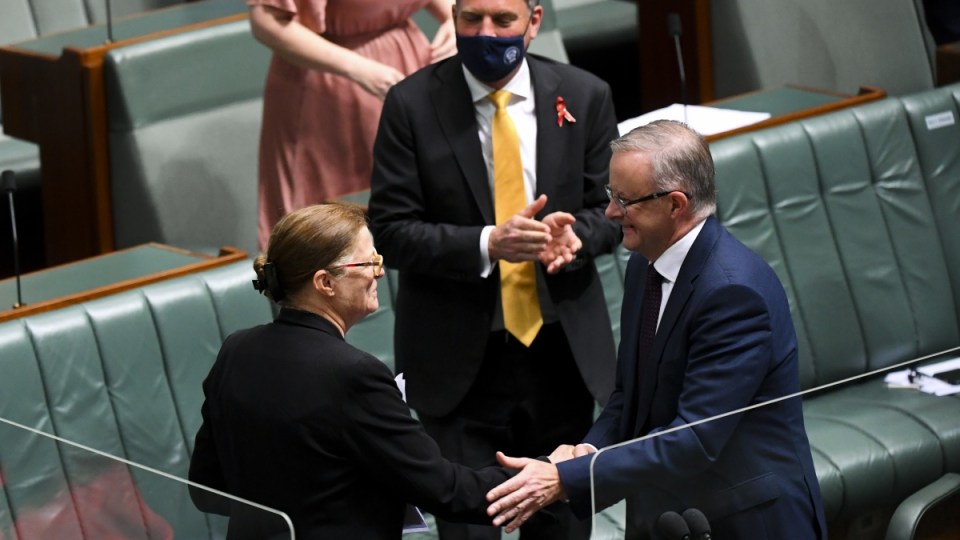 Opposition leader Anthony Albanese hopes a consensus nominee will emerge in the marginal seat of Parramatta, after reports the party will parachute a candidate in from outside the electorate.

It follows suggestions former advisor to Kevin Rudd, Andrew Charlton, could emerge as Labor’s candidate for Parramatta, despite him living in Sydney’s eastern suburbs.

While the seat is held by Labor on a margin of 3.5 per cent, sitting member Julie Owens is retiring at the election.

The reports have generated controversy due to Labor not putting forward a multicultural candidate in the western Sydney seat.

Similar criticisms emerged last year after Labor decided to parachute Senator Kristina Keneally into the seat of Fowler in Sydney’s southwest at the expense of Vietnamese lawyer Tu Le.

Mr Albanese said discussions were ongoing with Ms Owens about her replacement, noting there were a range of candidates.

‘Abundance of talent’ within party

“One of the great things about the Labor Party is that there’s a lot of people who want to represent us, who are talented, who have something to offer,” he told ABC TV on Wednesday.

“(Andrew Charlton) is a great success story, he’s someone who is an outstanding contributor to public debate … but there are other people as well who are entitled to put forward their views.”

Mr Albanese said there was an “abundance of talent” within the party during the preselection process.

“We’ll have those discussions and the deliberations, it was hoped that a consensus candidate in Parramatta would emerge … I’ll keep my discussions about the respective merits of candidates,” he said.

The party’s national executive resolved on Wednesday to open nominations for Parramatta, the Victorian seat of Holt and the Victorian Senate ticket, which will close on Monday at 2pm.

If an election is required, it will occur in Canberra on Tuesday from noon to 1pm.

Major parties yet to preselect candidates

Both the Liberals and Labor are yet to preselect candidates in a number of crucial federal seats.

Labor has not won three seats at a half-Senate election in Victoria since 2007 and is likely to pick up two seats at the coming election expected in May.

Victorian government minister Natalie Hutchins and human rights barrister Fiona McLeod have been flagged as possible replacements for Senator Kimberley Kitching, who was up for re-election.

Veteran senator Kim Carr is also up for re-election, but faces a challenge, with union leader Linda White tipped to take his place.

With Anthony Byrne retiring from Holt there is speculation Jo Briskey, from the United Workers Union, could replace him as the candidate.

New polling commissioned by the Herald Sun newspaper showed the government was still in front in marginal seats in Victoria, but the party’s vote has collapsed in parts of Sydney.

In the marginal seat of Chisholm, held by the Liberals by just 0.5 per cent, the government has increased its primary vote in the electorate since the election from 43 to 45 per cent, while Labor is trailing on 33 per cent.

Meanwhile in Reid in Sydney’s inner west, and Swan in Perth, the government’s primary vote has fallen by more than 10 per cent.

From jobs to a federal ICAC, here are the top priorities for the new Labor government
Timing questioned over $5.4 billion Qld dam fund
Today's Stories