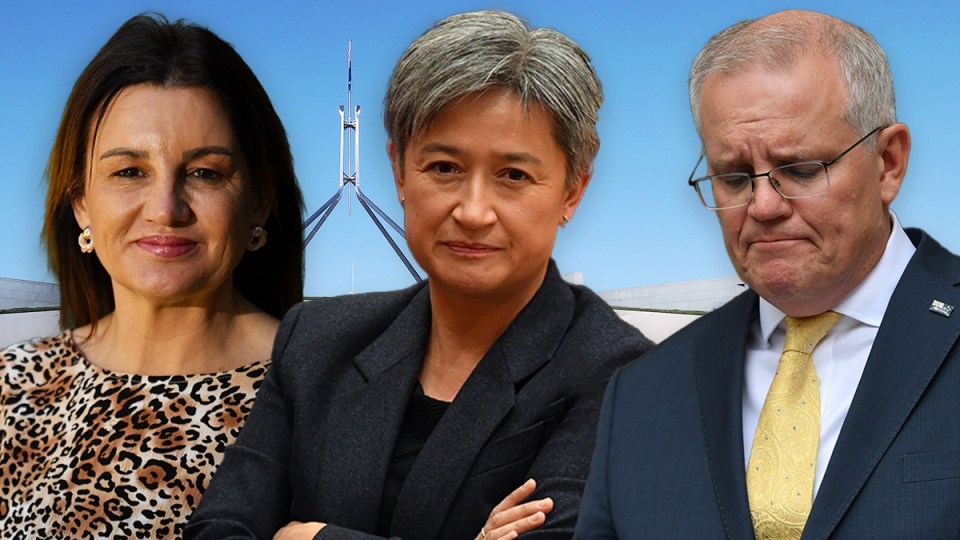 Labor politicians emerged as largely the most trusted, with the Coalition the least trusted. Photo: TND/Getty
exclusive

Australians say Scott Morrison is the nation’s least trustworthy politician, as new figures show he is presiding over a nation losing trust in the Prime Minister but also government more broadly.

The role Mr Morrison has played personally in attracting public criticism, but also the way in which his polarising leadership has changed the way many Australians view politics is outlined in new Roy Morgan research released this week.

Contained within a wider analysis of public sentiment to government, the study showed which MPs are least trusted by Australians.

Many are on the Coalition leadership team.

Labor, by contrast, dominated most trusted in the snap survey, taken by Roy Morgan in March.

Party leader Anthony Albanese is now in second place, up from eighth in 2020 research. 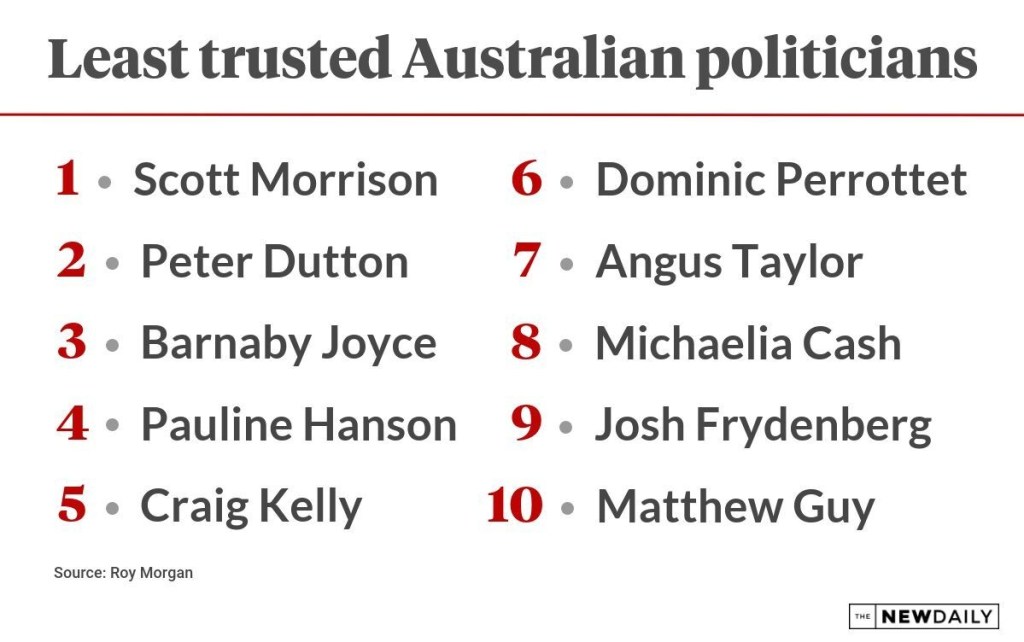 But the MP trust poll, conducted across more than 1400 Australians via phone this month, is only one piece of an analysis that has spent two years steadily tracking how Mr Morrison has changed relations between the government and the governed. 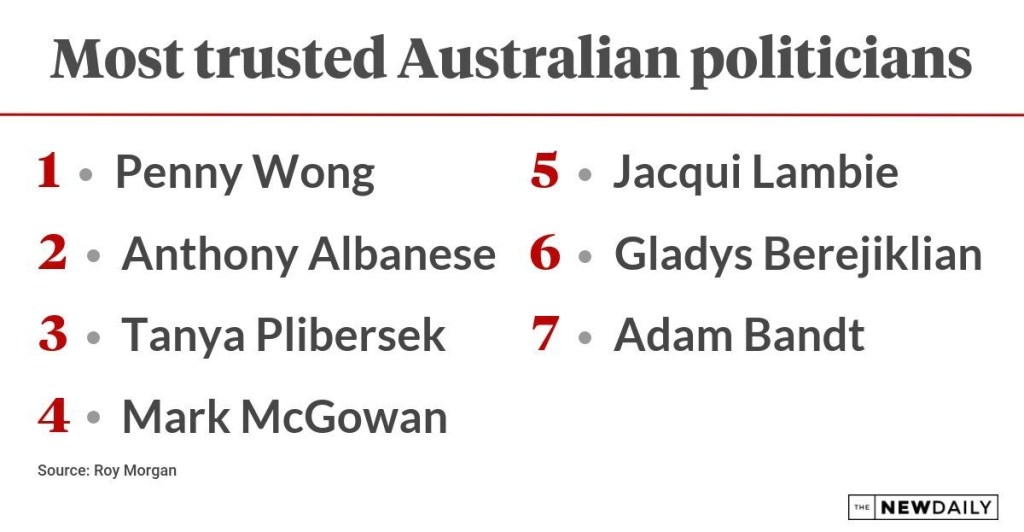 The Roy Morgan tracking data on public confidence in government dates back to 2007.

The data shows that Mr Morrison has upended what was a rule of Australian politics for 15 years,

When researchers first posed the question, voters – except during Kevin Rudd’s time in office – overwhelmingly expressed critical views about government but broad support for public services.

But in his relatively short tenure Mr Morrison has turned this upside down.

A lack of faith in the government has stuck around at previous highs.

But support for the work that the government does has spiked immensely.

“Australian political contests are no longer purely won on trust, they are lost on distrust.”

A little more than one year after winning the top office, Mr Morrison’s government would overturn public perceptions while navigating political challenges.

But in the following year, 2021, things soon fell apart.

Scepticism returned in force and continues to prevail before the election.

Roy Morgan’s rolling analysis of trust in government and government services in Australia is based on methodology used in its ongoing Risk Monitor analysis.

For Roy Morgan’s 2020-2022 analysis of trends in public trust about 21,000 Australians were interviewed to obtain data for a 12-month rolling average.

Ms Levine will discuss the findings of the latest research in a webinar on Thursday.