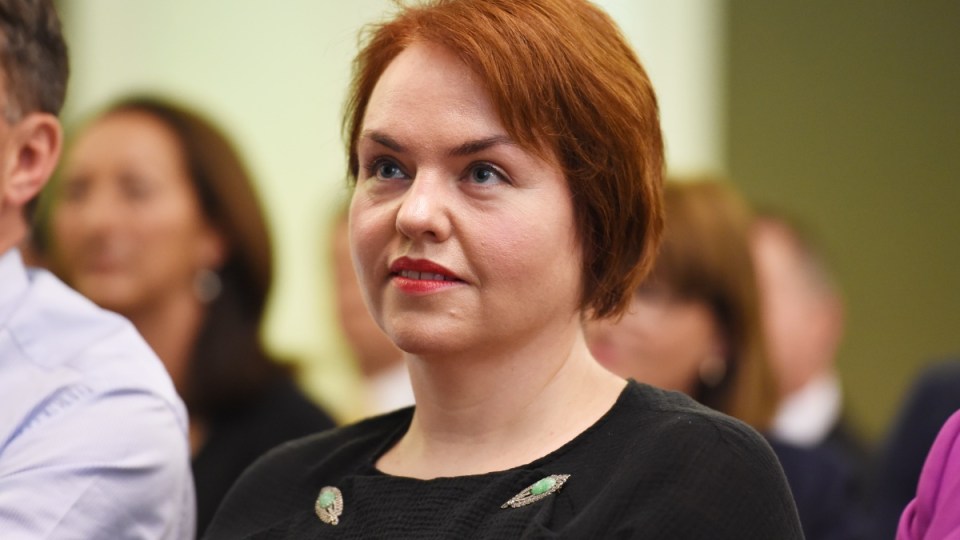 Tributes are pouring in for “larger than life” Labor senator Kimberley Kitching who died suddenly at the age of 52 from a suspected heart attack.

The ABC reports Senator Kitching began feeling unwell on Thursday afternoon in Melbourne while driving between two meetings and pulled over and phoned her husband Andrew Landeryou.

She reportedly died near to where her vehicle was parked in Strathmore after paramedics were unable to resuscitate her.

Colleagues and friends have begun sharing tributes on social media.

Labor leader Anthony Albanese said the party was in shock at the tragic news as he offered sincere condolences to her family.

“Kimberley gave so much. She had so very much ahead of her,” he said.

“Kimberley had such a larger-than-life personality that it is tragic that her bright light has gone out far too early.

“Our thoughts now are now with her family and all who loved her, especially her husband Andrew.”

Mr Shorten said her passing was an immense loss to Labor and the nation.

“To know Kimberley was to be touched not just by her serene intellect but her incredible warmth and vivacity,” he said in a statement.

“As a Labor senator she was relentlessly energetic and conscientious recently resulting in international recognition for her human rights work.

“Our hearts go out to her husband Andrew, her family and loved ones.”

Senator Kitching was the spearhead of push to pass laws to seize the assets of individuals who had committed human rights abuses around the world.

Known as the “Magnitsky laws” after Russian lawyer Sergei Magnitsky, they have enabled the federal government to impose sanctions on Russian oligarchs in response to the war in Ukraine.

Labor MP Madeleine King wrote about how much she would miss the senator.

“She was a steadfast and supportive colleague. Smart, hardworking, dedicated, funny and fun to be around,” she wrote on Twitter.

“I wish I had told her that. I’ll miss coffees shared at Aussies & around the building. I’ll miss Kimberley.”

“I am deeply, genuinely and so terribly upset to hear the tragic news about a dear person and dear friend, Senator Kimberley Kitching,” he wrote.

“She was a beautiful woman and this is a tragic loss,” he added.

“I know she is with our Lord, and I offer my sincerest and deepest condolences to her family.”

Born in Brisbane in 1970, Senator Kitching studied law at the University of Queensland and worked in business and the union movement before becoming general secretary of the Victorian division of the Health Services Union.

She served as a Melbourne City councillor and a Labor state government adviser before being elected to the Senate in 2016.